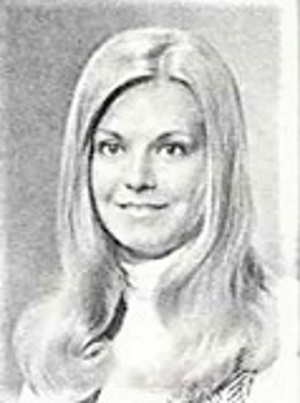 29 year old Loy Evitts was last seen in Kansas City, Missouri on February 28, 1977. She disappeared during her lunch break, and hasn’t been seen or heard from since.

Loy studied nursing in Tulsa, Oklahoma before transferring to Kansas State University where she majored in fashion merchandising.

She married Donald Evitts on November 4, 1972, and the couple moved into a home in Overland Park, Kansas.

At the time of her disappearance, Loy worked as a legal secretary at a law firm where she’d been employed for about a month.

During her lunch break, Loy drove to get her watch adjusted, browsed several stores on the Country Club Plaza, then drove to a drugstore on Main Street and Westport Road where she had a cup of coffee and purchased an umbrella.

Around 6:00 pm Loy’s supervisor called her husband Donald, asking why she never returned after her lunch break.

After calling several of her friends and being unable to locate her, Donald called the police to report his wife missing.

On the afternoon Loy went missing her vehicle, a yellow 1970 MG sports car with the license plate number JOE 4869, was found parked back in it’s normal space in the Plaza Center Building parking garage at 800 West 47th Street.

The car was unlocked, and the umbrella she had purchased from the drug store was found on the front seat.

Investigators interviewed more than 200 people in the weeks following her disappearance, and searched bodies of water in Johnson and Jackson counties for any sign of Loy. Nothing was found.

Twelve days after she went missing, children searching for a lost dog found Loy’s purse under a bridge in southeast Kansas City, near Unity Village. A search of the area turned up no new clues.

Three weeks after her disappearance, a 34 year old man from Grandview, Missouri was arrested for her kidnapping. However, the charges were later dropped for lack of evidence.

In 2016, Loy’s husband Donald gave investigators hair from one of his wife’s brushes that allowed them to collect DNA samples. They have been entered into a national database in case her remains are ever located.

The location of Joy Evitts, as well as the circumstances regarding her disappearance, remains unknown.

Her disappearance is considered suspicious. Police believe she was abducted, but no suspects have been publicly identified in her case. There have been no new leads, and her case has been suspended pending new information.

Seven years after she disappeared her husband had her declared legally dead. He never remarried and still lives in the Overland Park home they purchased together. He continues to hope for answers in her disappearance. 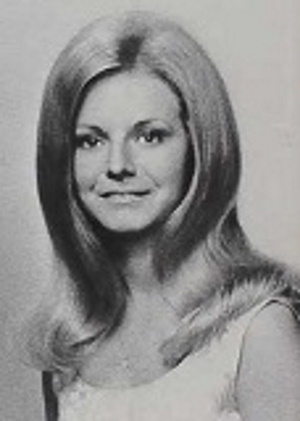 Clothing & Accessories:
At the time of her disappearance Loy was wearing a 3/4 length blue sweater with vertical maroon lines, a maroon turtleneck blouse, maroon pants, wooden wedge shoes with a brown leather strap, a leather shoulder bag, and her black and white pocketbook.

She was wearing a plaid gold bracelet with a knot in the center, a gold wedding band, an engagement ring with a single solitaire diamond from Helzberg, and a white gold square faced woman’s watch.

If you have any information regarding the disappearance of Joy Gillespie Evitts please contact the Kansas City Police Department at (816) 234-5136.