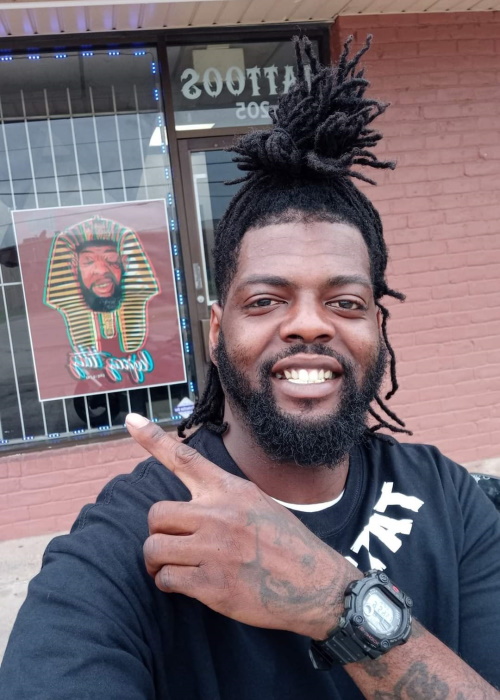 32 year old Lopaz Richardson was last seen on July 5, 2021 in Spring, Texas. He dropped his daughter off in Spring around 11:00 pm, and hasn’t been seen or heard from since.

Lopaz Richardson was born on April 18, 1989. He met his wife during college when they were both working at Pizza Hut, and they have a 10 year old daughter together.

At the time of his disappearance he had just opened up his own tattoo shop. According to his wife things were going well, and he had no reason to walk away from his life.

Lopaz Richardson was last seen dropping off his daughter in Spring, Texas around 11:00 pm on July 5, 2021.

His wife filed a missing persons report with the Rosenberg Police Department on July 8 after she was unable to contact him.

On July 9 his vehicle, a white 2014 Dodge Ram pickup truck, was found abandoned five hours away in a small town on the Oklahoma/Texas border. The truck was found in a wooded area near some railroad tracks, in an area Lopaz has no ties to.

In August police found his wallet inside the vehicle, and located his shoes stuck in the mud nearby.

According to police, the collection of evidence was delayed due to an issue with the railroad company not allowing them to remove the vehicle.

When his wife went to see his truck for herself she found his cell phone inside, as well as a Go Pro, memory cards, and digital camera, with nearly everything deleted.

The location of Lopaz Richardson, and the circumstances regarding his disappearance, remains unknown.

His family suspects foul play, saying he would never leave his daughter behind or vanish without a trace on his own accord. His case remains unsolved. 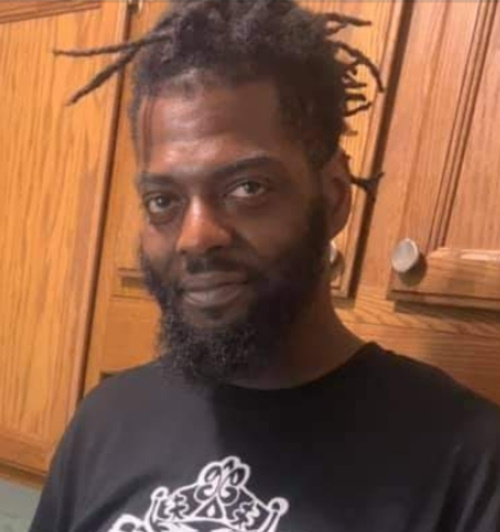 Lopaz has medium length dreadlocks, a mustache, and full beard. He has several tattoos; Emmett Till on his right hand (pictured below), a flame on his right leg, and “Dear Life” on his eye lids. 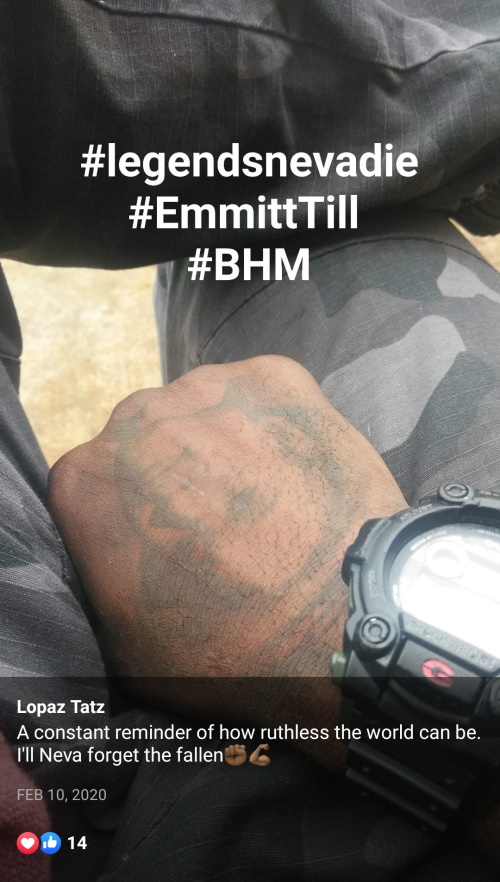 If you have any information regarding the disappearance of Lopaz Richardson please contact the Rosenberg Police Department at (832) 595-3700, or Texas EquuSearch at (281) 309-9500.