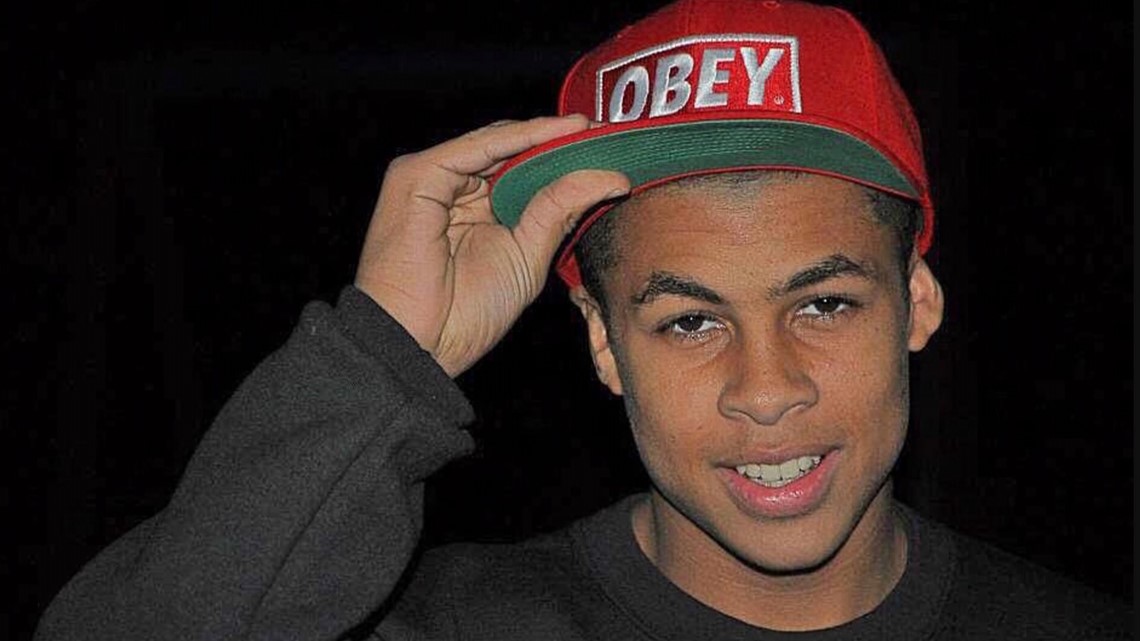 19 year old Logan Schiendelman was last seen on the morning of May 19, 2016 at his grandparent’s home in Tumwater, Washington.

Raised by his maternal grandmother, Logan played football at Tumwater High School. After graduating in 2015, he attended Washington State University, but dropped out after his freshman year and moved back home to live with his grandmother and half-sister, Chloe.

Logan and Chloe’s mother, then 23-year-old Hannah, had granted their grandmother guardianship of the children while she attended art school in Seattle. Logan’s father, who has not been named, is a Saudi Arabian native who met their mother in Washington on a limited US visa. Logan never had the opportunity to meet him.

Logan was described as a quiet, sensitive young man by his family, and was said to have become suddenly more withdrawn and isolated after graduation from high school. He cut ties with his high school friends, and was having trouble performing academically and socially during his year at Washington State University.

Logan didn’t have any contact with his paternal family until shortly before his disappearance, when he reached out to them and had an emotional meeting with some of his paternal relatives.

Logan was said by his grandmother to be smoking a lot of marijuana at the time of his disappearance. Furthermore, tensions began to arise between Logan and his half-sister’s boyfriend because he didn’t appreciate the boyfriend moving in with the family. The boyfriend was later questioned and passed a polygraph test about Logan’s disappearance and was ruled out as a suspect.

On May 19, 2016, around 7:45 am, Logan was said to be driving around unusually early in the morning before heading back home to speak to his grandmother for the last time.

According to his grandmother, Logan appeared to be nervous and told her he had an epiphany about himself that he needed to work through. Logan’s grandmother didn’t press any further in the context of the epiphany, and suggested talking about it later that day.

In the evening, noticing Logan and his vehicle were gone, his grandmother tracked his cell phone which pinged off a tower near his mother’s home in Olympia, Washington.

However, Logan wasn’t with his mother in nearby Olympia, and further activity on his phone indicates he went in the opposite direction, on Interstate 5 heading south. The phone started indicating activity heading back up north and south, before finally stopping where the state patrol recovered the vehicle.

On the morning of May 20, a woman reported seeing Logan with two Caucasian men by his car, parked on the right shoulder of southbound Interstate 5 near Exit 95. She saw the car still parked in the same spot later in the evening, with the hood up and nobody visibly present. Of the two men, one was described as six feet tall, with a slender build, straight blond hair in a bowl cut, and wearing a small tank top with short jeans. The second man was described as having shoulder length blond hair and wearing a flannel shirt with blue jeans.

On the afternoon of May 20, around 2:00 pm, three 911 calls reported a black car drifting across the lanes of Interstate 5 between Tumwater and Maytown, near Milepost 92. The car veered across three lanes towards the center lane, before hitting the concrete central median barrier. Logan’s vehicle, a 1996 black Chrysler Sebring convertible with the Washington license plate number AVJ8434, was found at the location, along with his cell phone, a grocery bag and his wallet inside.

A truck driver reported seeing a 6 feet tall Caucasian man with brown or red hair jumping out of the passenger side of the vehicle and running towards the thick woods on the side of the interstate. The police searched the area where the car was found, in a two mile radius around the woods. The searched involved helicopters and tracker dogs, but no signs of Logan Schiendelman were found.

On the evening of May 20, another witness further claimed that they spotted a young, African American male walking alongside the road as they were driving. The individual was reportedly walking naked from the waist down and had appeared to be confused or disoriented.

A week later, however, someone at the Olympia regional airport checked in on his Facebook page. It turned out the post was celebrating an airport check in from the year before.

According to his family, it is unexpected of Logan to leave without warning. Police believe he may have been suffering from mental illness. No evidence of foul play in his case was found.

Authorities are still investigating, but few clues have turned up in the search. His case remains unsolved.

If you have any information regarding the disappearance of Logan Schiendelman please contact the Thurston County Sheriff’s Office at (360)-786-5500 or call the WE HELP THE MISSING TIP LINE at (866) 660-4025.