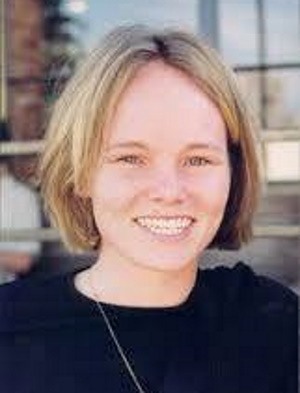 23-year-old Leah Roberts was last seen in Whatcom County, Washington on March 9, 2000. She disappeared after leaving her North Carolina home on a soul-searching cross-country trip across America.

Leah Toby Roberts was born on July 23, 1976, in Durham, North Carolina to parents Nancy and Stancil Roberts. She was the youngest of three children.

When she was seventeen, her father was diagnosed with a chronic lung illness. In 1995, Roberts enrolled at North Carolina State University in Raleigh, North Carolina. She was a soccer player during her college years.

A year later, she took some time off college when her mother died suddenly from heart failure. Roberts returned to school in 1998, but was involved in a car accident that resulted in a punctured lung and a shattered femur.

In the spring of 1999, Roberts left for a field program in Costa Rica following the death of her father. She was interested in learning more about her spirituality to cope with the deaths of both of her parents.

In 2000, Roberts dropped out of North Carolina State University during her senior year, a few months before she would have graduated with a degree in Spanish and anthropology.

She began spending most of her time at Cup ‘O Joe, a local coffeehouse, writing poetry and journal entries. She learned to play the guitar, took up photography as a hobby, and adopted a pet kitten.

Roberts became interested in the writings of Jack Kerouac, an author of the 1950’s Beat Generation. She was particularly fascinated by The Dharma Bums, an autobiographical novel about road trips across America which has scenes in Desolation Peak in Whatcom County, Washington.

Roberts has a strong southern accent and speaks fluent Spanish. She is vegetarian and a smoker.

On the morning of March 9, 2000, Roberts talked on the phone with her sister about possible plans to meet up in the near future. A few hours later, she agreed to do some babysitting work together with her roommate the following day.

That evening, her roommate returned home from work but Roberts was nowhere to be seen. Her kitten and her 1993 white Jeep Cherokee were also missing.

Roberts never returned home and has not been seen or heard from since.

Her roommate grew concerned when she missed the babysitting appointment the following day and had still not returned home.

On March 13, 2000, she filed a missing persons report to Durham police.

On March 14, 2000, a note handwritten by Roberts for her roommate was found in her room. The letter said that she was not suicidal and quoted author Kerouac’s writings. Clothes were missing from her wardrobe, and Roberts had left a month’s worth of rent and expenses along with the note.

On the afternoon of her disappearance, it was discovered that Roberts had withdrawn several thousand dollars from her bank account. Her debit card was later used to pay for a motel room near Memphis, Tennessee.

Transactions for gas and food suggest Roberts traveled west along Interstate 40, and then north on Interstate 5, eventually reaching I-40’s western end in California. After a purchase of gas in Brooks, Oregon, shortly after midnight on March 13, all activity on her accounts stopped.

Security camera footage from the gas station Roberts stopped at in Oregon show her alone, and apparently in good condition.

On March 18, 2000, an SUV was discovered by joggers in a remote forest near the Mount Baker Highway in Whatcom County, Washington.

Police traced the white 1993 Jeep Cherokee with the North Carolina license plate number JVP-2881 to Roberts. The abandoned car was found wrecked and flipped over an embankment off Canyon Creek Road.

Roberts was nowhere to be found at the scene, nor her kitten.

Investigators estimated that the Jeep had been traveling at nearly 40 miles per hour when it went off the road and rolled over multiple times down the slope. A guitar, compact discs, and checkbook were scattered all around the scene.

Unexpectedly, no blood or other signs of injury to an occupant was found inside the vehicle. Police speculated that no one was inside the Jeep when it crashed, suggesting a staged or planned accident.

Police found blankets placed inside the vehicle’s broken windows. They believe someone used the car as shelter after the accident. Inside the car, Roberts’ personal belongings were found, including a pair of jeans with $2,500 in the pocket, her mother’s diamond engagement ring, and an empty cat carrier.

Receipts in the vehicle showed that Roberts purchased fuel in Brooks, Oregon in the early morning hours of Monday, March 13, 2000. A ticket for the movie “American Beauty” was also purchased later that day at 2:10 p.m from a theater at Bellis Fair Mall in Bellingham, Washington.

Extensive searches of the area around the car accident provided no evidence of foul play in her disappearance.

In 2006, authorities discovered that wire from under the car’s hood had been cut, allowing the car to accelerate without anyone having depressed the gas pedal. This confirmed suspicions that no one may have been in the car during the accident, and that the car was purposely wrecked.

An unidentified fingerprint was recovered from under the hood, and male DNA was found on a piece of her clothing.

Investigators hope that the additional evidence will lead to solving her case, though repeated searches of the area have failed to discover anything new.

One week after the car was found, an anonymous tipster called the police to report that he and his wife saw a woman matching Roberts’ description at a Texaco gas station in Everett, Washington, thirty miles from Seattle.

He said the woman appeared disoriented and confused. For undetermined reasons, the man hung up the phone shortly after, without providing additional details.

In 2005, On the Road to Remember, a fourteen days road tour following Leah Roberts’ route west to Bellingham, was organized by Community United Effort to
bring forth an awareness of missing person cases and her unsolved disappearance.

The circumstances of Leah Roberts’s disappearance remain unclear, and her case is currently classified as missing. Her case remains unsolved. 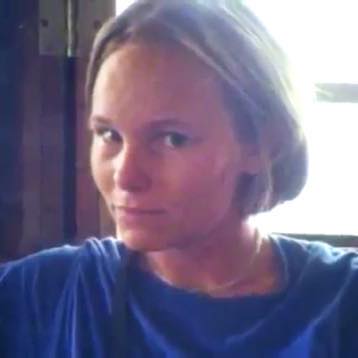 Physical Description:
Caucasian female born on July 23, 1976 with sandy blonde hair and blue eyes. She is 5’6 tall and weighs 138 pounds.

Distinctive Physical Features:
Roberts has a surgical scar on her right hip. She has a metal rod inside her femur secondary to a previous car accident.

Roberts has a beauty mark above the upper corner of her right lip. Her ears are pierced and she has dimples.