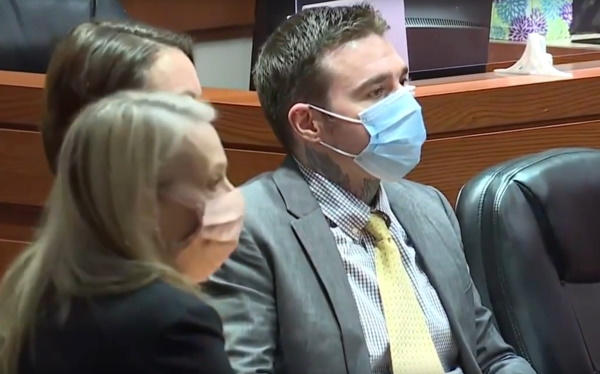 On Thursday a jury in St. Charles County, Missouri found Kylr Yust guilty in the deaths of Kara Kopetsky and Jessica Runions.

Kara Kopetsky, 17, was last seen giving Yust a ride home in 2007. Yust was an ex-boyfriend of Kopetsky’s, and she had filed a restraining order against him just days prior to her disappearance.

Jessica Runions, 21, was last seen on September 8, 2016 with Kylr Yust, an ex-boyfriend of Kopetsky’s. Authorities soon found her burned vehicle in a wooded area and charged Yust with burning it.

The girls disappeared nearly a decade apart, and their remains were found on the same Cass County farm in April of 2017. Authorities connected Yust to both girls, and he was charged in with two counts of first-degree murder in their deaths in 2017.

According to investigators, four individuals said Yust confessed to choking Kopetsky until she stopped breathing. He told one friend he discarded her remains in a wooded area, according to court documents.

The trial began on April 5, with prosecutors hoping for a first-degree murder conviction, and concluded Wednesday evening after more than a week of expert testimony.

The sentencing for voluntary manslaughter is 5 to 15 years, and the sentencing for second degree murder is 10 to 30 years, or life in prison. On Friday, after 90 minutes of deliberation, the jury came back with a recommendation of the max sentence.

The jurors were given the option of delivering lesser charges. If the jury had found him guilty on the first degree murder charge prosecutors were hoping for it would have been an automatic life sentence.