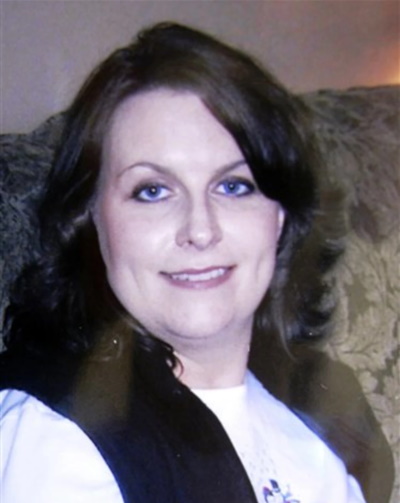 38 year old Kristi Cornwell was last seen in Union County, Georgia on August 11, 2009. She disappeared during an evening routine walk on Jones Creek Road near her home.

Cornwell was a member of Crossover Community Church in Blue Ridge where she was active in Missions for the church. For several years, she was a board member for The Wilderness Scouts Of America.

In 2002, Cornwell resigned as a probation officer to go to school full time and had an apartment in Dalton where she was studying. She also lived with her 15 year old son at her parent’s home on Jones Creek Road in Union County, Georgia.

On the evening of August 11, 2009, Cornwell was taking a routine walk on Jones Creek Road near her family’s home around 9:00 pm in Blairsville, Georgia. She was talking on the phone with her boyfriend when she reported that a vehicle appeared to be following her.

A few moments later, her boyfriend overheard a struggle with Cornwell reportedly yelling “Don’t take me” before the call was cut off. Cornwell never returned home that night and has not been heard from again.

Authorities believe Corwell was taken against her will from the street by a stranger in a vehicle, possibly a Toyota or Nissan white SUV and a tan or gold subcompact car, seen in the area on the evening of her disappearance.

At the scene of the kidnapping police discovered signs of a struggle. Some of Cornwell’s belongings were also found along Jones Creek Road, a rural road in north Georgia.

On August 14, 2009, Cornwell’s cell phone was found in the lawn of a resident, about three miles north from where she was last seen. Authorities believe the kidnapper headed north on State Route 325, possibly into Tennessee or North Carolina.

In December 2009, authorities released a sketch and vehicle description of a man involved in an incident in Ranger, North Carolina, about 25 miles from where Cornwell was last seen.

On August 2, 2009, a woman was attacked by a man driving a late model Nissan Xterra. Authorities believe the accident could be related to Kristi Cornwell’s disappearance.

On April 4, 2010, James Scott Carringer was named as a suspect in a failed attempt to abduct a 10 year old girl during a church egg hunt in Montgomery, Alabama. An SUV matching a Nissan Xterra he owned was captured by the Hunter Station Baptist Church’s cameras.

On April 8, 2010, Carringer shot and killed himself after a three-hour standoff with Atlanta police. He was wanted on allegations that he kidnapped a 19 year old Kennesaw State University student in Gilmer County, Georgia.

The Georgia Bureau of Investigation believes 42 years old James Scott Carringer was also involved in the disappearance of Kristi Cornwell.

At the time of her disappearance Carringer lived in Young Harris, Georgia, a few miles from where Cornwell was last seen. He also owned a silver Nissan Xterra, the same type of car spotted in the area the night she went missing.

On January 1, 2011, skeletal remains were discovered partially buried under leaves in a hilly and rural area about 75 yards off Moccasin Creek Road, about nine miles from where Kristi Cornwell was last seen.

On January 3, 2011, the human remains were identified through dental records to be 38 year old Kristi Leigh Cornwell. Her body had been burned and her cause of death could not be determined.

Kristi Cornwell‘s brother found the bones while conducting a search of his own in a two square mile area based on intelligence given to the Georgia Bureau of Investigation. Cell phone records showed that James Scott Carringer was in the wooded area the night that Cornwell disappeared.

While there’s no physical evidence, James Scott Carringer remains the primary suspect in Kristi Corwell’s disappearance based on a series of circumstantial evidence that points to him.