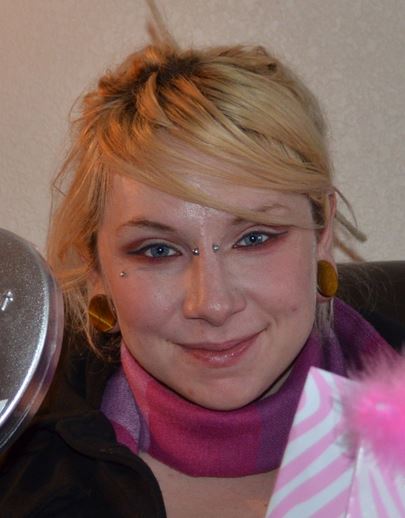 29 year old Kristal Reisinger disappeared from her home in Crestone, Colorado on July 13, 2016. She hasn’t been seen or heard from since.

Kristal Reisinger, a native of Arizona, reportedly endured a troubled childhood and relocated to Colorado in pursuit of a better life. In 2011, Reisinger met Elijah Guana, and two years later she gave birth to the couple’s daughter, Akasha.

In 2014, Reisinger moved from Denver to Gunnison, Colorado, where she taught a course in psychology and studied at Western Colorado University. Kristal moved to Crestone a month before she disappeared. While there she worked at the Crestone Brewing Company and sang with a local band.

Crestone, a town of only 143 people, is known for it’s spiritual centers, and Kristal had moved there from Denver hoping to find peace and happiness. After she moved, Reisinger’s friends and family started to worry since they hadn’t seen or heard from her.

Kristal Reisginger was reported missing by her landlord, Ara McDonald, on July 13, 2016.

When investigators arrived they found Kristal’s cell phone and medication inside her apartment. Search volunteers, helicopters and canines were brought in to help track down Reisinger, but the search yielded no clues.

Her last known confirmed sighting was on July 13, 2016 at her residence, though she was reportedly seen on a later date by neighbors. Locals state that on the night of July 18, 2016, Kristal attended a drum circle held in a campground on the outskirts of town. Police believe someone who was at that ceremony knows what happened that night.

The Saguache County Sheriff’s Office, whose been investigating the case for years without any arrests, is treating Kristal’s disappearance as a case of suspected foul play, rather than a missing persons case.

A $20,000 reward has been issued for any information leading to the arrest and conviction of those responsible for her disappearance.

Caucasian female, 29 years old at the time of her disappearance. Stands 5’6″ tall and weighs 155 pounds, with brown hair and blue eyes. Has gauge ear piercings, and a nose piercing.

If you have information regarding Kristal Reisginger’s disappearance please call the Saguache County Sheriff’s Office at 719-655-2544.