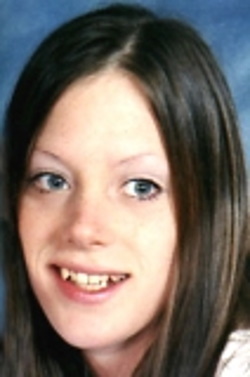 25 year old Kimberly Sue Jones was last seen in Parkersburg, West Virginia on February 3, 2009. She disappeared near her home after returning from a dinner with her ex-husband and his new wife.

Kimberly Sue Jones was born on June 1, 1983. She suffered from bipolar disorder and was required to take daily medication.

At the time of her disappearance, Jones lived with her five year old daughter at the Pinewood Village apartment complex on 2503 Beverly Street in Parkersburg, West Virginia.

On February 3, 2009, Jones called her mother around 3:00 pm, saying that she was invited to dinner with her ex-boyfriend (the father of her five year old daughter), Jack Crone, and his new wife at their home.

Jones’ mother said nothing seemed out of the ordinary during their call, and that her daughter didn’t seem worried or preoccupied about anything.

Shortly after speaking to her mother on the phone, Crone and his wife came to pick Jones and her daughter up from their Pinewood Village apartment.

Jones spent the entire day with the couple, going grocery shopping in the afternoon before having dinner together at their home.

Around 10:30 pm, Jones was driven back to her apartment by her ex-boyfriend, leaving her daughter at Crone’s apartment with his wife. Jones never returned home that night and was never heard from again.

On February 8, 2009, Jones’s mother filed a missing persons report with the Parkersburg Police Department when she was unable to make contact with her.

Jack Crone told police that he dropped Jones off in front of her complex building that night and drove away without seeing her actually enter her apartment.

Inside her apartment, Jones left all her personal belongings behind, including her clothing and bipolar disorder medications. Police found nothing to indicate that she was going to leave, and she had dates for upcoming appointments written on her calendar.

Before her disappearance, Jones had just received a death benefit pension check from her father’s death. The check and her purse disappeared with her. Although a stop was later put on the check, there has been no attempt to cash or deposit it.

Foul play is suspected in Kimberly Sue Jones’s disappearance. A $25,000 reward is being offered for information leading to her whereabouts.

The circumstances of Kimberly Sue Jones’s disappearance remain unclear, and her case is currently classified as missing. Her case remains unsolved. 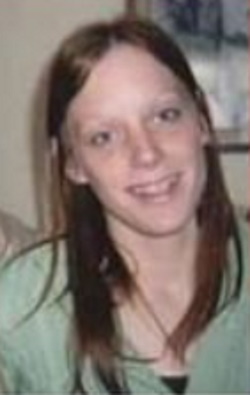 Distinctive Physical Features:
Kimberly has a scar in the center of her neck, a half circle scar on her left arm, and a discolored skin birthmark on her buttocks

She has a tattoo on her right shoulder of a red rose with the name “Kimmie Sue” and the stem which had the name “Jack.”

If you have any information regarding the disappearance of Kimberly Sue Jones please contact the Parkersburg Police Department at (304) 424-8440 or contact your local FBI office.