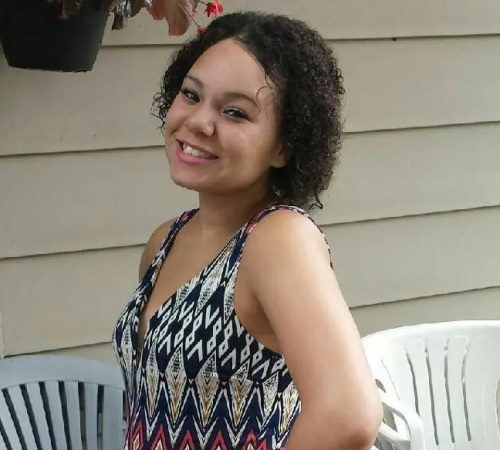 17-year-old Kianna Galvin was last seen in South Elgin, Illinois on May 6, 2016. She disappeared after telling a family member she was going to meet friends at a nearby park.

Kianna Galvin was born on July 16, 1998 to parents Fionna Galvin and Everick York.

Kianna initially attended South Elgin High School but went to live with her father for a year in Rockford, Illinois where she attended Auburn High School. Upon returning to South Elgin, she earned her GED and had plans to study art and design in Atlanta, Georgia.

At the time of her disappearance, Kianna was living with her mother and younger sister in a house on Concord Avenue in South Elgin, Illinois. She was working full-time as a housekeeper at a rehab center for the elderly in South Elgin.

Kianna had broken up with her ex-boyfriend and was single at the time of her disappearance. She had recently got off juvenile probation originating from an argument with her mother, and had been listed as a runaway in 2013 and 2014.

On May 5, 2016, Kianna Galvin was fired from her full-time housekeeping job at a rehab center for the elderly in South Elgin, Illinois. She had worked there for about two months but was said to have some attendance issues.

Kianna was reportedly upset but didn’t appear to be distraught. Later that day, she went shopping with her mother and bought steaks to cook on Mother’s Day.

On the morning of May 6, 2016, Kianna spoke to her mother as she was leaving for work around 7:00 am. Everything seemed normal and she was said to be in a cheerful mood.

At 12:30 pm Kianna left home, telling her younger sister that she was heading to meet friends at nearby Jim Hansen Park, about three blocks away on 338 Valley Forge Avenue, and that she would return in a few hours.

Kianna Galvin never returned home and has never been heard from again.

On May 8, 2016, her mother filed a missing person’s report with the South Elgin Police Department when she couldn’t locate Kianna.

Kianna Galvin disappeared without her wallet, purse, and cell phone charger, all of which were left behind at home. She has no car, bank account, or access to a credit card.

On November 8, 2016, authorities executed a search warrant on the home of a man living in the 800 block of Revere Road in connection with the disappearance of Kianna Galvin.

Authorities believe Kianna Galvin was a victim of aggravated battery and murder and were looking for fingerprints, clothing, and other evidence. There’s no confirmation on whether the search produced any results.

On May 6, 2016, cell phone records and Facebook messages on the day of her disappearance show that Kianna had arranged to visit a man who lived in the basement of a home on Revere Road to get marijuana.

At 12:35 pm, shortly after leaving home, Kianna sent a text message to the man saying she was on her way to his house. No further text messages were ever sent from her phone, and it was disconnected from the cellular network at 1:10 pm.

On November 13, 2016, authorities questioned the man who confirmed meeting Kianna that day. He said she never went inside his house and left at 12:45 pm while text-messaging another man.

Blood Found On A Neighbor’s Trash

On May 12, 2016, a neighbor who lived next door to the unidentified man told police that he found traces of blood on the lid of his garbage, about six days after Kianna Galvin’s disappearance.

The blood was sent for testing and was confirmed to be Kianna’s. The neighbor also told police that he witnessed Kianna going inside the man’s house, either on the day of her disappearance or the day before.

On June 6, 2016, authorities were told that remodeling work was done in the bathroom of the house on Revere Road.

The man, whose name has not been released publicly, was later convicted of assaulting another woman and was sentenced to fifteen years in prison.

The circumstances of Kianna Galvin’s disappearance remain unclear and her case is currently classified as homicide. Her case remains unsolved. 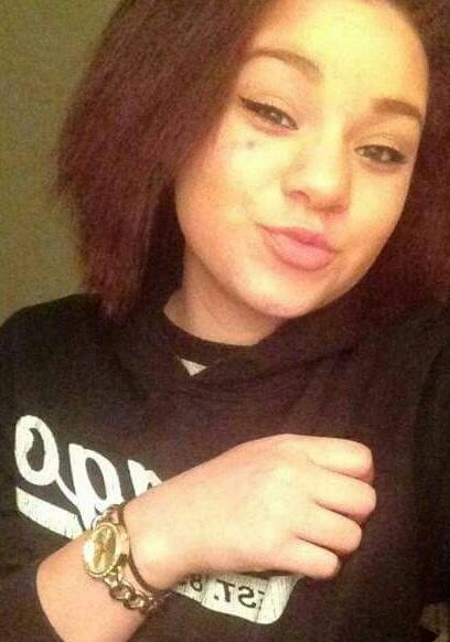 Distinctive Physical Features:
Kianna has tattoos of a heart, a pulse sign and a cross on her left wrist. Her navel and right nostril are pierced; her ears are double-pierced but she wasn’t wearing earrings at the time of her disappearance.

Clothing and accessories:
Kianna was last seen wearing a black tank top, black yoga pants with studs on the outside, size 9 zebra print Nike flip-flops and brown sunglasses. She had a silver stud on her right nostril and a gold and pink ring on her navel.

If you have any information regarding the disappearance of Kianna Galvin please contact the South Elgin Police Department at (847) 741-2151.