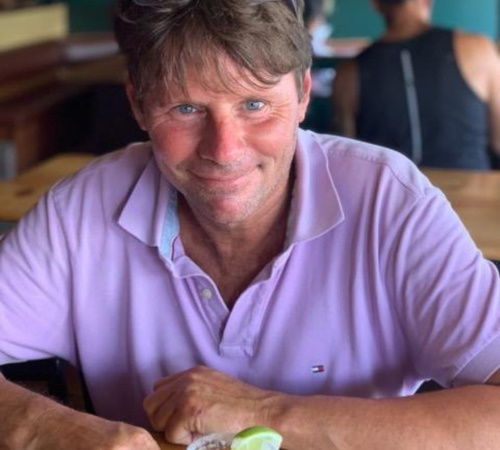 51-year-old Kevin Winters was last seen in Lahaina, Hawaii on September 3, 2021. He disappeared that morning after using an ATM to deposit a check from his mother.

Kevin Winters was born in Michigan to parents Maxine and Don Winters. He grew up in Jennison with three siblings.

As a teenager, Winters was involved in a dirt bike accident that left his right leg shorter than his left. He wore shoes with a special lift to help ease the pain to his hip ever since.

In 2007, Winters moved from Michigan to Maui, Hawaii, where he eventually settled. He worked as a housekeeper at the North Shore Hostel in Wailuku where he traded labor for a place to stay.

On September 1, 2021, Winters lost his job of fourteen years at the North Shore Hostel. He was supposedly fired and given a week to move out after being caught stealing a cell phone left by a coworker in a common area.

At the time of his disappearance, Winters was single and living with no family in Maui. He regularly called his family and 75-year-old mother in Michigan who has health issues.

Described as kind-hearted and friendly, Winters often spent time at the beach and local bars where he would enjoy drinking beers and cocktails.

On September 1, 2021, Kevin Winters was fired from his job of fourteen years at the North Shore Hostel and given a week to move out.

It is unknown where he spent that night, but it may have been in a 350-foot storage garage, a few blocks from the hostel, that he had been using for years to store an idle 1994 purple Jeep and a couch among other belongings.

On September 2, 2021, Winters last spoke on the phone with his mother in Michigan and everything seemed normal. Around 8:37 pm, he went to dinner at Maui Brewing Company in Kahana, about twenty eight miles from his garage in Wailuku.

At 9:45 pm, Winters was captured on security camera using the ATM at a nearby First Hawaiian Bank to deposit a $40 check from his mother. For years, his mother had been sending him money to cover his monthly living expenses.

On September 3, 2021, Winters was last seen at First Hawaiian bank in Lahaina, Hawaii. He was captured on security camera at 6:45 am, using the ATM to deposit a $190 check from his mother.

Kevin never went to pick up his last paycheck at the hostel, and hasn’t been seen or heard from since.

On September 8, 2021, his family filed a missing person’s report with the Maui Police Department after they weren’t able to contact him.

Authorities found no evidence that Winters left the island. He was not recorded as a passenger in any of the commercial airlines servicing Maui.

Winters disappeared along with his cell phone, which last pinged to a cell tower in the Kā’anapali area on September 3 around 11:00 am.

Police found no evidence, means or motive for foul play in Kevin Winters’s disappearance. A $2,000 reward is being offered for information leading to Kevin’s discovery.

The circumstances of Kevin Winters’s disappearance remain unclear and his case is currently classified as missing. His case remains unsolved. 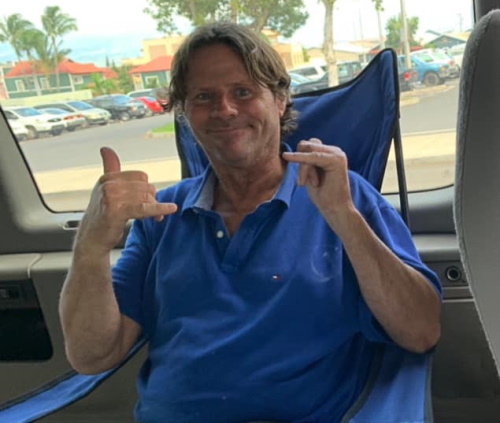 Distinctive Physical Features:
Kevin’s right leg is shorter than the left following a dirt bike accident as a teenager. He wears shoes with a special lift to ease the pain on his hip.

Clothing and accessories:
Kevin was possibly wearing a long-sleeve white dress shirt with the sleeves rolled up, black jeans, and black shoes.

If you have any information regarding the disappearance of Kevin Winters please contact the Maui County Police Department at (808) 244-6400.

What happened to Kevin Winters? He made an ATM deposit in Kahana and vanished – Maui Now 01/2022
Family of Maui man who disappeared 8 months ago seeks clues ― and closure – Hawaii News Now 05/2022
Sister looking for clues in September 2021 disappearance of Kevin Winters from Maui, Hawaii – NBC News 07/2022