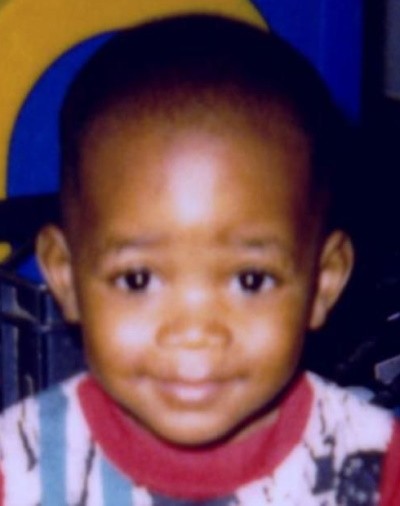 2 year old Ke’Shaun Venderhost was last seen at his home in Philadelphia, Pennsylvania on September 25, 1995.

His mother told relatives and authorities that the Department of Human Services had taken him from their home. Ke’Shaun hasn’t been seen since.

Ke’Shaun Vanderhost was born on July 17, 1993 to mother Tina Vanderhorst. By the time of his disappearance in 1995 Tina had seven children, Ke’Shaun being the youngest.

Four of the children died in the 1980’s; their deaths were attributed to pneumonia and sudden infant death syndrome. Her other two children lived with their paternal grandmother.

Ke’Shaun was born while Tina was incarcerated for drugs, and he was placed into foster care. When she was released from prison in November 1994 he was returned to her custody.

Beginning in 1995, a social worker from the Department of Human Services (DHS) visited their home regularly, to provide counseling to Tina and help her care for her son. With no evidence of neglect or harm, and the social worker describing Tina as a devoted mother, the DHS closed their case on Ke’Shaun after six months.

Tina kept up with her parole officer, and was meeting her legal obligations. The parole officer sent the DHS a couple of updates, which indicated things were fine.

According to Tina’s boyfriend at the time she was having problems with drugs and alcohol, and as a result he had threatened to take custody of Ke’Shaun.

Ke’Shaun Vanderhost was last seen on September 25, 1995 at his home in the 1400 block of North 17th Street in Philadelphia, Pennsylvania.

Ke’Shaun’s mother told her relatives and authorities that the Department of Human Services had taken him. Her family was suspicious of the story, and Tina’s sister reported Ke’Shaun missing on October 13, 1995.

The investigators who responded after Ke’Shaun was reported missing described Tina’s apartment as being filthy and rat infested.

Tina once again told authorities that the Department of Human Services (DHS) had taken Ke’Shaun from her home, but the DHS had no record of him being in their care.

She was taken into custody on a parole violation, and later charged with endangering the welfare of a child and dealing in infants.

After Tina’s story about DHS proved false Tina changed her story, saying she had sold him to a woman named Virginia Graham.

She claimed Virginia, who she did not know, had visited her apartment one day, offering to care for Ke’Shaun because someone had told her she was having difficulties. She says Virginia paid her $500 for Ke’Shaun, and that she used the money to buy drugs.

Virginia Graham is described as a 35-40 year old African American woman with black hair and brown eyes, who stands 5’4 and weighs approximately 140 pounds.

Described as well dressed, she was wearing a maroon skirt and cream colored shirt or jacket. She drove a blue four door sedan with the letters “AL” in the license plate.

She had a car seat in the car for Ke’Shaun, and told Tina that she lived in Philadelphia with her husband and two children of her own.

Virginia Graham, if she exists, has never been identified.

Tina later changed her story once again, claiming that while she was under the influence of drugs she had taken Ke’Shaun to a friends fruit stand on Cecil B. Moore Avenue, and couldn’t remember what happened to him after that.

Before his disappearance Tina had been taking Ke’Shaun to the fruit stand a few times a week to be watched, as well as Young’s Market.

Tina’s story about leaving Ke’Shaun at the fruit stand could not be verified.

Charges Against His Mother

Tina pleaded no contest to child endangerment in connection with Ke’Shaun’s case in November 1996, and was sentenced to 2.5 to 7 years in prison.

Authorities began to re-investigate the detahs of Tina’s other children’s after Ke’Shaun disappeared, but no charges were filed.

In October of 2016 Tina was charged with murder, robbery and arson in connection to the death of a man from Germantown, Pennsylvania, allegedly stabbing him over 70 times in his apartment and setting it on fire.

In September of 2017 she was acquitted at trial.

The location and fate of Ke’Shaun Vanderhost remain unknown. His case is classified as endangered missing and remains unsolved.