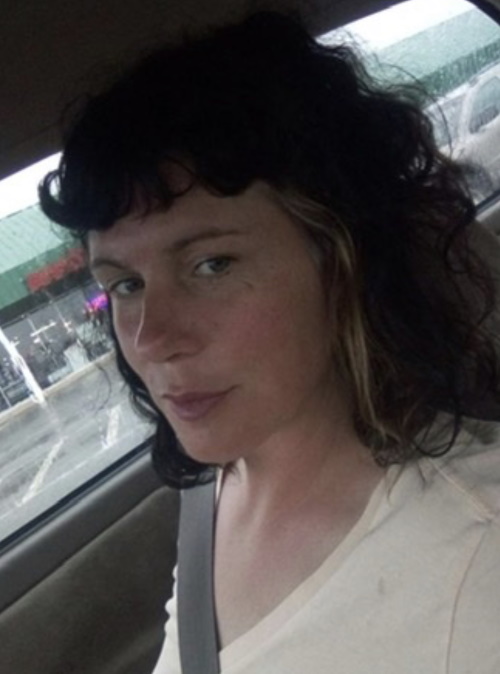 36-year-old Kelley Brannon was last seen in Live Oak, Florida on July 15, 2020. She disappeared following an argument with her boyfriend while walking away from the Sunshine Inn Hotel where they were staying.

Kelley Cristyn Brannon was born in New Hampshire on May 2, 1984 to mother Christine Brannon. Her father died when she was five-years-old.

After high school, Brannon hitchhiked her way across the country, going as far as Mexico and Canada. She graduated from college with a bachelor’s degree in arts and a Master of Fine Arts in creative writing.

Brannon was an artist and a musician. She sold her drawings online and performed as a one-woman punk rock band. Passionate about activism, she was active during Occupy Wall Street, pipeline protests, and in women’s rights movements.

For nearly ten years, Brannon lived in New York City before moving to Florida where she eventually met her boyfriend, Eddie Emerson. According to friends and relatives, the couple had a turbulent relationship with a history of domestic violence.

On Christmas of 2019, Emerson was arrested on a battery charge in Gainesville for allegedly hitting Brannon in the face.

At the time of her disappearance, Brannon lived with her boyfriend, Eddie Emerson, on a farm in Micanopy, Florida. Described as a free spirit, Brannon was known to march to the beat of her own drum.

On July 9, 2020, Brannon and her boyfriend, Eddie Emerson, began a road trip from their farm in Micanopy, Florida to Detroit, Michigan. They packed up their belongings in separate cars, including their eight chickens and Emerson’s dog, before heading up Interstate-75.

The couple planned to buy a $2,000 fixer-upper house in Detroit where they were hoping for a fresh start together. However, only a short distance into their journey, Emerson’s Toyota pickup truck broke down in Live Oak, Florida, after the transmission overheated.

The couple spent several nights camping out in the area while waiting for the vehicle to be repaired. On July 14, 2020, when the repairs took longer than expected, the couple decided to rent a room at Sunshine Inn, a low-cost motel in Live Oak.

During check-in, the couple got into a fight over where they would keep their chickens. The argument continued into the evening when Brannon abruptly left the room.

Around 10:30 pm, Brannon was seen drinking and crying outside while Emerson went to check on her. He decided to take her Toyota Camry’s keys away from her so she couldn’t drive under the influence before returning alone to their room.

Brannon never returned to the hotel, and has never been heard from again. She disappeared without her purse, credit cards, or identification.

Later that day, Brannon’s boyfriend filed a missing person report with the Live Oak Police Department when he couldn’t contact her.

Brannon’s car was found unlocked at the hotel with some of her belongings left inside, including her purse that contained money and her identification. She disappeared with her cell phone which has been turned off ever since.

Authorities reviewed the security video from the hotel that captured several vehicles entering and departing the parking lot, but found no evidence showing Brannon getting into any of these vehicles.

According to witnesses, Brannon was reportedly last seen walking away from the hotel along Highway 90 East, heading toward downtown, with her guitar in a case slung over her shoulder.

Police found no evidence, means or motive for foul play in Kelley Brannon’s disappearance. Eddie Emerson is considered a person of interest in her disappearance.

A $1,000 reward is being offered by Suwannee County Crime Stoppers for information in Kelley Brannon’s whereabouts.

The circumstances of Kelley Brannon’s disappearance remain unclear and her case is currently classified as missing. Her case remains unsolved. 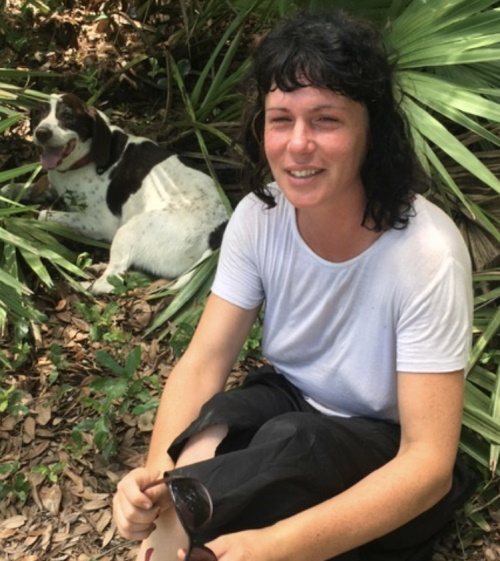 Physical Description:
Caucasian female born on May 2, 1984 with brown hair with gray streaks and blue eyes. Kelley is 5’5 tall and weighs 120-130 pounds.

Distinctive Physical Features:
Kelley has a circle A tattoo on her right hand near her thumb.

Clothing and accessories:
Kelley was last seen wearing a white shirt and black shorts. She was carrying her guitar, a left-handed Fender Stratocaster with a sunburst finish, on her back.

If you have any information regarding the disappearance of Kelley Brannon please contact the Live Oak Police Department at (386) 362-2222, or call the Suwannee Crimestoppers at (386) 208-TIPS.