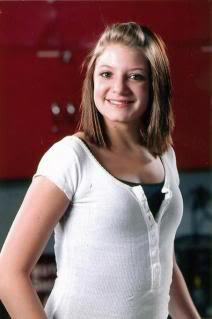 On August 11, 2009, at approximately 8:30 pm Kayla was picked up from her father’s house by 24 year old Kyle Kielcheski, one of her brothers friends.

They went to the McDonald’s in Antigo where Kayla told a friend that that she planned on riding around in his car for a while.

Kyle says he dropped her off at a house she said belonged to her boyfriend around 10 pm. She hasn’t been heard from since.

She was 15 at the time and didn’t have a cell phone that could be tracked by GPS. She was missing for six days before police were notified due to family confusion as to her whereabouts.

When questioned about the night Kayla disappeared Kyle said he didn’t see any lights on at the home he dropped her off at, and that he didn’t actually see her go inside.

The house itself had been condemned, leading investigators to question whether or not Kayla would have requested to be dropped off there. Kyle’s parents confirmed that he returned home that night around midnight.

In Octopber of 2009 Kyle Kielcheski was arrested for second degree reckless endangerment for smoking marijuana with Kayla.

He pleaded not guilty, and the case was dismissed in 2011. He has not been charged or officially named a suspect in Kayla’s disapearance.

Kayla was 15 when she disappeared in August, 2009. She is a Caucasian female with brown hair and eyes, standing 5’2 and weighing approximately 108 pounds.

Kayla’s ears and navel are pierced. She has a scar on the right side of her nose and on her right shin. She also has scars on her abdomen from an appendectomy.