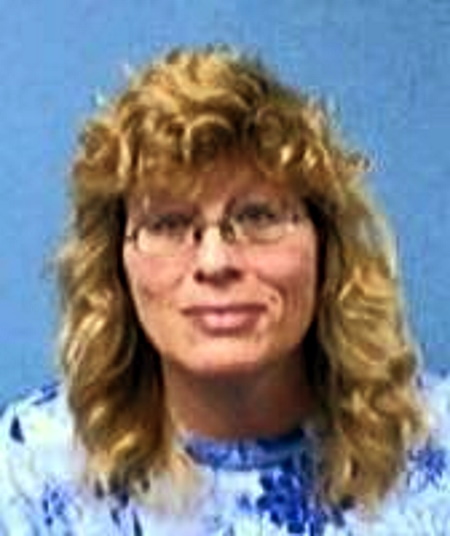 50 year old Julie Earley was last seen on May 21, 2012 at her home in Trotwood, Ohio. She hasn’t been seen or heard from since.

Julie Earley was born on July 20, 1961. At the time of her disappearance, Julie was living with her husband of seven years, Cregg Earley, in Trotwood, Ohio.

She has two special needs sons from a previous marriage that ended in 2005, and her family says she would never abandon her children. She missed her son’s 21st birthday after she went missing, which is very unusual.

Julie is a Type 1 Diabetic with an insulin pump and is nearly blind. She also suffers from adhesive capsulitis (also known as frozen shoulder), a painful condition which limits shoulder movement. Due to the condition she has restricted motion in both shoulders and suffers from chronic pain.

Julie Earley disappeared from her home on Molane Street in Trotwood, Ohio in May 21, 2012. Earlier that day her husband, Cregg Earley, got into a fight with her son, and told Julie he didn’t want him visiting for Memorial Day Weekend.

Cregg says he last saw Julie at 3:30 pm, and that she was gone when he returned home later that evening after he got back from a roofing job.

On May 30, nine days after she went missing, Cregg reported her missing to the Trotwood Police Department.

Police discovered Julie had spoken to several people on the phone the day she went missing, all prior to 3:30 pm.

Cregg was interviewed by police and claims he didn’t report Julie missing right away because she’d left home before and stayed with relatives following arguments.

Cregg says Julie disappeared with her purse, $6,000 in cash, her curling iron, and some of her medications, though he said he didn’t think she left on her own accord since she left many of her personal belongings and family photos behind.

The FBI asked Cregg to take a polygraph test, but he refused, saying he doesn’t believe in them.

Julie is dependent on medication, but none of her prescriptions have been filled since she disappeared.

Investigators found several small blood stains on the inside of the garage door at the Earley home, but the crime lab results came back “inconclusive” as to their origins.

Searches around the Earley home, including the surrounding woods, turned up no clues as to Julie’s whereabouts.

In 2015, Cregg Earley appeared on the Dr. Phil show and denied accusations that he had anything to do with his wife’s disappearance. Cregg was confronted with a request for a protection order Julie had taken out against him in which she claimed he was dangerous and that she was afraid he would kill her, but Cregg said he didn’t believe she was afraid of him.

Julie’s relatives also appeared on the show, and stated they believe Cregg likely killed Julie and disposed of her body.

Foul play is suspected in Julie Earley’s disappearance, though police state there is not enough evidence to change her case into a homicide investigation.

The location of Julie Earley remains unknown. Her case is currently classified as endangered missing and remains unsolved. 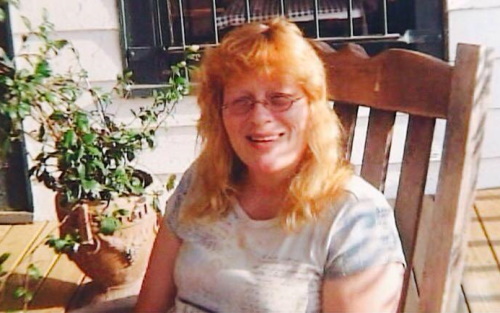 It is believed she was wearing four or five rings when she disappeared, including her wedding band and a ruby ring.

If you have any information regarding the disappearance of Julie Earley please contact the Trotwood Police Department at (937) 854-3988. 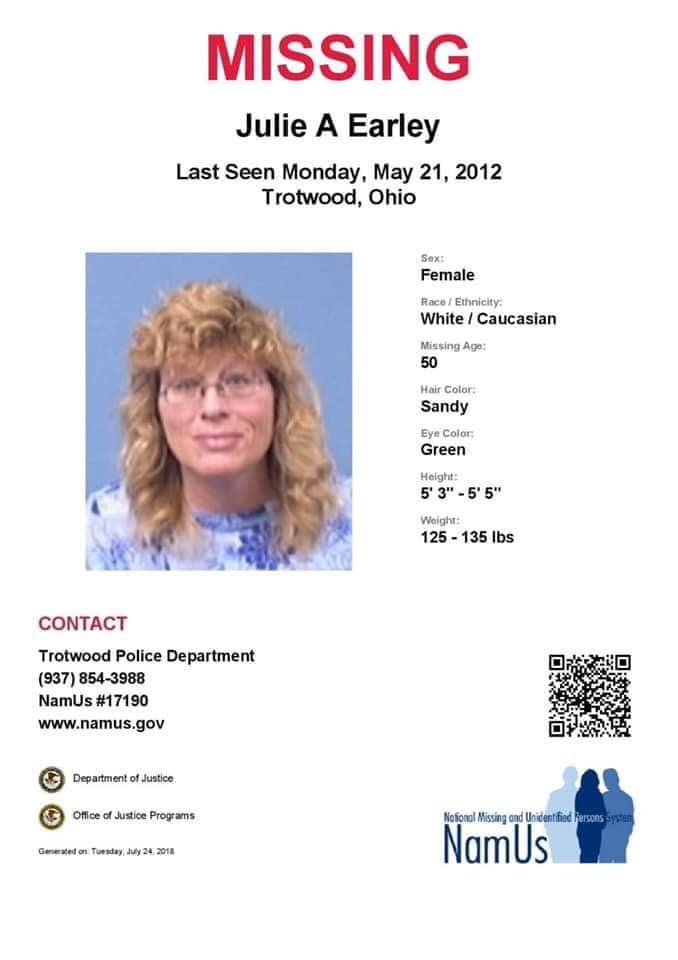