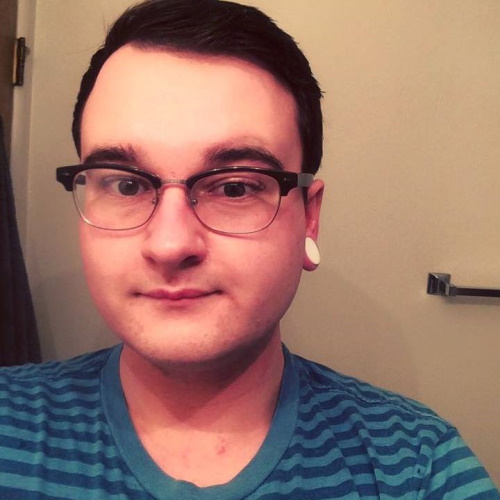 25 year old Jordan Simeon was last seen in North Little Rock, Arkansas on March 7, 2022. He disappeared while on a road trip from Fargo, North Dakota to New Orleans, Louisiana.

Jordan Simeon has one older sister and grew up in Bismarck, North Dakota. At age sixteen, his mother died from Huntington’s disease, a genetic disorder that causes progressive degeneration of nerve cells in the brain.

At the time of his disappearance, Simeon mentioned to his sister that he was having a hard time and wanted to relocate from North Dakota. He recently lost his job and was struggling with the early-onset symptoms of Huntington’s disease.

Described as a caring person, Simeon previously worked at a homeless shelter in Fargo for over a year. He enjoyed music, arts, and video games.

On March 5, 2022, Jordan Simeon packed up his belongings and set out on the 1000 mile long trip from Fargo, North Dakota to New Orleans, Louisiana.

Simeon was planning to move to New Orleans to start over with the help of his friend, Adonia Daigle, who was living there. On the road, he texted back and forth with her and his family.

Around 4:30 pm, Simeon called his friend Daigle to inform her that his car had broken down on the side of the road. After advising him to get some rest that night, she booked a room for him at a Super 8 motel in North Little Rock.

Additionally, Daigle sent him $250 through Venmo and ordered a bus ticket for the next morning at North Little Rock so he could finish his trip. The bus was due to arrive in New Orleans on March 8th, around 12:35 pm.

Around 6:30 pm, Simeon last communicated with a friend through Facetime, saying the tow truck arrived and that they were going to give him a ride to his hotel.

Simeon never checked into the motel that night, and his vehicle was never towed. He hasn’t been seen or heard from since.

On March 7, 2022, Daigle filed a missing persons report with the Arkansas State Police when she still hadn’t heard from Jordan and learned he never checked into the motel.

Authorities found Jordan Simeon’s abandoned vehicle, a green 2014 Kia Soul with a silver bumper and a personalized North Dakota license plate that read ALIEN, on Interstate 40 East between White Oak Crossing and the interchange to 430.

The vehicle was in good condition, however the catalytic converter had been cut off of the car.

Simeon left behind some personal belongings inside the vehicle, including a Xbox video game console, a laptop, and a wooden keepsake box that belonged to his late mother. His keys were found sitting on top of the vehicle.

Authorities conducted a search of the area surrounding his car, on the interstate and woods behind it, but found no signs of Jordan Simeon.

His phone has been shut off since he went missing, and his social media has shown no activity.

There is no indication that Simeon ever made it to New Orleans, or that he returned to Fargo, North Dakota. The Greyhound bus ticket that was waiting for him in Little Rock was never claimed.

The Fargo Police Department has been collaborating with the Arkansas Police on Jordan’s case, which is currently classified as an active investigation.

Jordan Simeon’s body was recovered from Newton Creek near I-40 and the White Oak Crossing on April 27, 2022.

His body was located about 200 yards off the interstate, with the help of cadaver dogs who were brought in to aid the search.

The Pulaski County Sheriff’s Office said an autopsy will be performed, and that his case is still being investigated.

Police found no evidence, means, or motive for foul play in Jordan Simeon’s disappearance. His case is currently active and ongoing.

The circumstances of Jordan Simeon’s disappearance remain unclear and his case is currently classified as missing. His case remains unsolved. 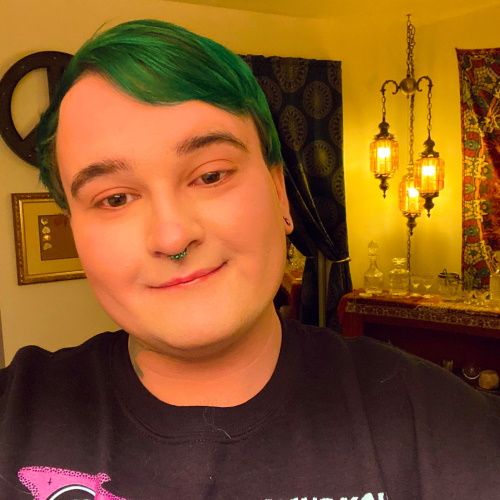 Clothing and accessories:
Jordan wears eyeglasses. No description of what Jordan Simeon was wearing is available.

Distinctive Physical Features:
Jordan has the following tattoos; two purple orchids and his mother’s name, Starla, on his left inner forearm, and a hummingbird in honor of his grandmother on the side of his neck. 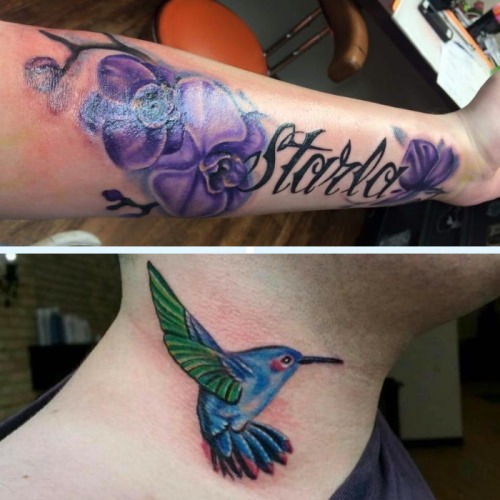 If you have any information regarding the disappearance of Jordan Ross Simeon please contact the Arkansas State Police at (501) 618-8000, or the Fargo Police Department at (701) 451-7660.