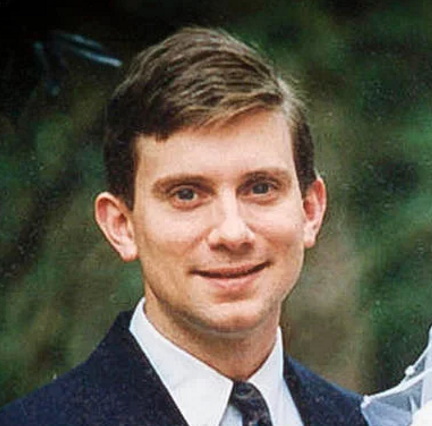 Jerry Michael Williams was born on October 16, 1969. He grew up in Bradfordville, Florida and has one older brother.

Williams attended North Florida Christian High School, where he served as president of the student council. He was also a member of the football team and Key Club.

At age 15, Williams began duck hunting as a hobby. After high school, Williams attended Florida State University with a major in Political Science and Urban Planning.

In 1994, Williams married his highschool girlfriend, Denise Merrell, and they had a daughter together in 1999.

Six months before his disappearance, Williams had bought a $1 million life insurance policy from his best friend, Brian Winchester.

On the early morning of December 16, 2000, Williams awoke early and left his house on the 5000 block of Centennial Oak Circle in Tallahassee, Florida to go duck hunting at Lake Seminole in Jackson County, Florida.

Denise called her father at noon, telling him that Mike had not returned. The couple had plans to celebrate their sixth wedding anniversary that evening.

Williams never returned home, and has not been heard from again.

His 1994 Ford Bronco was later found by Brian Winchester’s father near a remote boat launch in Jackson County, Florida.

An extensive search of the lake in Jackson County found no trace of Williams, and the search was called off after 44 days. Authorities initially speculated that Williams drowned and was eaten by alligators after falling from his boat on Lake Seminole.

In June 2001, Williams was declared legally dead by a Leon County judge at the request of his wife. The court decision allowed her to collect around $1.75 million in life insurance benefits.

On December 3, 2005, Denise Merrell married her late husband’s best friend, Brian Winchester. The marriage fell apart in 2012, reportedly due to his sex addiction, and she subsequently filed for divorce in 2015.

On August 5, 2016, Winchester snuck into Merrell’s SUV and held her at gunpoint for about an hour as she was on her way to work. He was arrested and charged with kidnapping, domestic assault, and armed burglary, with two of the charges being felonies.

On December 19, 2017, Winchester was sentenced to 20 years in prison for the kidnapping of Denise Merrell, with credit for 502 days time served, and 15 years’ GPS-monitored probation once released.

On December 20, 2017, the Florida Department of Law Enforcement announced that the remains of Jerry Michael Williams had been found at the dead-end of Gardner Road in northern Leon County, just five miles from where he grew up.

Authorities did not initially state when the body was found, or who the suspects were in his death. They provided no details, but said new evidence proved he was murdered.

On May 8, 2018, Denise Merrell was arrested in her office at Florida State University on charges of first-degree murder, conspiracy to commit first-degree murder, and accessory after the fact. After her arrest authorities disclosed that Williams’ body was found on October 18, 2017.

On October 19, 2017, Winchester had entered a plea agreement with prosecutors that guaranteed him immunity from prosecution for his role in the murder in exchange for his confession and the whereabouts of Jerry Michael Williams’ body

Winchester admitted to shooting Williams in the face on Lake Seminole, but said the murder was Merrell’s idea to free her from the marriage and collect nearly $2 million in life insurance money. Brian and Denise had been having an affair for three years prior to the murder.

On February 06, 2019, Denise Merrell was sentenced to life in prison without the possibility of parole. She received an additional 30 years for conspiring to the murder committed by her ex-lover, Brian Winchester.

On November 25, 2020, the murder conviction of Denise Merrell was overturned by the Florida First District Court of Appeals, but the charge for conspiracy to commit murder will remain, as will its 30-year sentence.