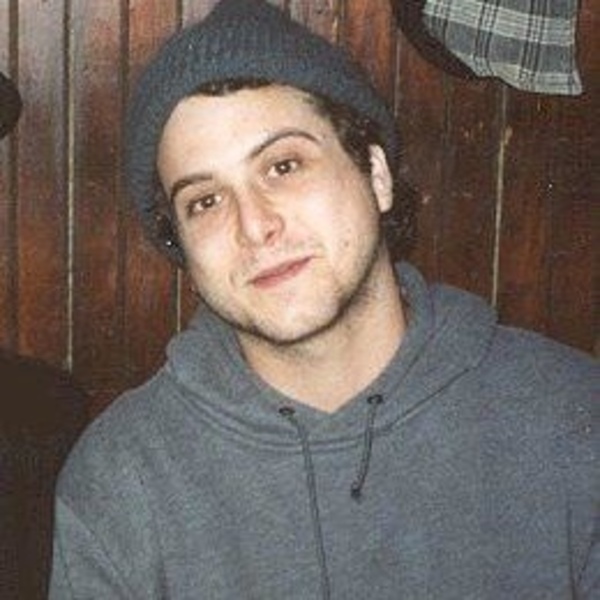 28-year-old Jeremy Alex was last seen in Northport, Maine on April 24, 2004. He disappeared into the woods after making panicked claims that “bad guys” were after him.

Jeremy Ted Alex was born on April 8, 1976, to parents Ted and Paula Caswell.

Alex grew up with his mother and sister in Belfast, Maine, following his parents’ divorce. He attended Belfast Area High School and played Little League Baseball.

After graduating high school, Alex traveled extensively throughout the United States and worked with Greenpeace in California. He enjoyed skateboarding, gardening and playing the guitar.

At the time of his disappearance, Alex was a self-employed landscape gardener living in Lincolnville, Maine. He and his girlfriend were in the process of moving to Northport, Maine where they rented a home on Harbor Road.

On April 23, 2004, Alex’s parents drove up from Portsmouth, New Hampshire to visit him for dinner and celebrate his birthday. Alex had just turned 28 two weeks prior.

On the morning of April 24, 2004, Alex showed up at his girlfriend’s house around 11:00 am to help move items from her place into their new home on Harbor Road in Northport, Maine.

Seemingly upset and frustrated at the time, he reportedly told her that people who wanted to harm him were after him. She tried to comfort him but to no avail, and he left shortly after.

Around 5:20 pm, Alex ran out of the woods into the backyard of his former high school teacher, who lived on Pound Hill Road, about a mile from Alex’s new home in Northport.

Behaving erratically with money clasped in his hand, Alex told the couple that bad guys were trying to hurt him and begged for help. The woman’s husband tried to calm him down while she went to call the police, but Alex panicked and broke free.

Before authorities could arrive Alex ran back into the woods. He never returned home and has not been heard from since.

On April 25, 2004, his van was found in a small parking area of the Waldo County Humane Society, off Pound Hill Road in Northport, Maine. His cell phone and keys were found inside the vehicle.

From April to September 2004, authorities performed an extensive search in the wooded area around Pound Hill Road where his van was found abandoned, but nothing of interest was uncovered.

A witness recalled seeing a man who matched his description run across Route 1 near Northport around the time Jeremy disappeared. That area was also searched but turned up no clues as to his whereabouts.

Over the course of the investigation, authorities learned that Alex had struggled with substance abuse for much of his adult life but his father stated that it was more of a binge consumption than an addiction.

On the day he went missing, his girlfriend told police that Alex had used cocaine and heroin. Police speculate that it may be the cause of his hallucinations and paranoid persecutory delusions.

In April 2008, Jeremy Alex’s driver’s license was found to be in the possession of a couple living in Northport. The couple were building a house on the ocean in May 2004, a month after Jeremy disappeared, when money and a driver’s license suddenly washed up onshore.

For four years the couple kept the random items in their home, before finally turning them over to the police after a family friend recognized the man on the driver’s license as being missing. The couple’s house was connected to the woods where Alex was last seen by cliffs.

Over the years several sightings of Jeremy Alex have been reported but none have led to his whereabouts.

Following his disappearance, his father Ted Alex created the “Jeremy Alex Fund” with the Rotary Club of Portsmouth. It teaches kids the strategy behind the game of chess, real life decision making, and its consequences.

It also tries to build awareness of the drug epidemic in our society, and bring drug prevention into schools. Over the years the fund has donated hundreds of chess sets to schools and has provided grants to relevant causes in need such as music scholarships for low-income students.

The circumstances of Jeremy Alex’s disappearance remain unclear and his case is currently classified as missing. His case remains unsolved.

Clothing and accessories:
Alex was last seen wearing an olive-green flannel Timberland sweatshirt, a pair of blue jeans or brown corduroy pants and sneakers. He was also carrying a red backpack.

If you have any information regarding the disappearance of Jeremy Alex please contact the Maine State Police (207) 624-7076.