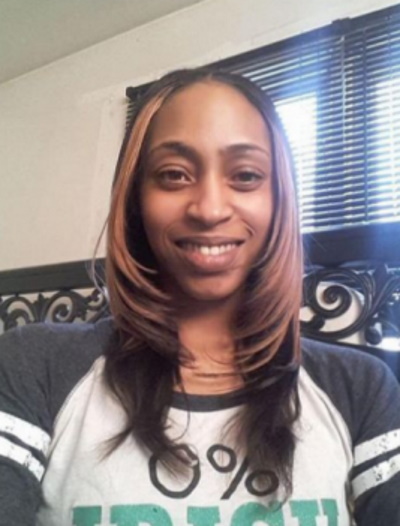 35 year old Jennifer Blackmon was last seen in River Rouge, Michigan on December 22, 2020. She disappeared after heading off to work around 5:00 pm. Jennifer hasn’t been seen or heard from since.

At the time of her disappearance, Jennifer worked as a notary public and lived in an apartment in the 400 block of Polk Street in River Rouge, Michigan.

She has four children, and was in the process of going through divorce proceedings with her estranged husband.

Jennifer Blackmon was last seen at her River Rouge apartment around 5:00 pm on December 22, 2020.

Her car broke down that day, and she spoke to her father about having the car repaired, then borrowed her daughter’s car to get to work.

Her family received a call from the person she was supposed to meet for work who said she didn’t show up.

They searched all the areas she was known to frequent and filed a missing person’s report when they were unable to locate her.

The car she was driving to work was later found abandoned in the 500 block of Frazier street, near the home she used to live in with her estranged husband.

Her family hired a private investigator who discovered the last call Jennifer made was to her estranged husband, and that her phone pinged in the same area of Frazier street.

Jennifer’s brother says the police had been called to the couple’s home in the past, including on the day she moved out.

The whereabouts, and circumstances regarding Jennifer Blackmon’s disappearance remain unknown. Police have not named any suspects or persons of interest in her case, but say the investigation is ongoing.

Her friends and family are worried for her safety, and say she’d never leave her children behind. Her case remains unsolved.

African American female with black hair and hazel eyes. Jennifer stands 5’5 tall and weighs 130 pounds. She was 35 years old when she went missing.

Jennifer has a scar near her bottom lip and her ears are pierced. She has tattoos on her breast, upper arm, and forearm.

She was last seen wearing a black trench coat, black boots, and a scarf. At the time of her disappearance she had brown and black braided extensions in her hair.

If you have any information regarding the disappearance of Jennifer Blackmon please contact the River Rouge Police Department at (313) 842-8700, or Crime Stoppers of Michigan at (800) SPEAK-UP.

Crime Stoppers is offering a cash reward of up to $2,500 for information leading to the location of Jennifer.