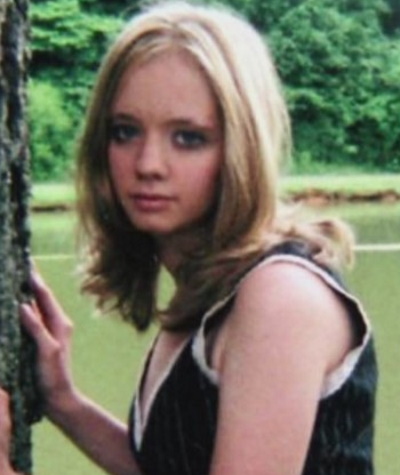 22 year old Jamie Fraley was last seen in Gastonia, North Carolina on April 8, 2008. She disappeared from her home after telling a friend she was going to the hospital due to a stomach flu.

As a teenager, Fraley suffered from bipolar disorder and anxiety issues. After graduating from high school, she attended Gaston College as a part-time student with the hope of becoming a drug counselor to help addicts.

In 2006, Fraley met Ricky Simonds Jr and the pair began dating. They eventually got engaged and moved in together, residing at the Copperfield apartment complex on 1800 Lowell Bethesda Road in Gastonia, North Carolina.

In early 2007, Simonds was sentenced to fifteen months in state prison for theft, and was still imprisoned at the time of Jamie Fraley’s disappearance.

On April 7, 2008, Jamie Fraley came down with the stomach flu, and was admitted to the emergency room of a local hospital around lunchtime. Shortly after she returned home, a friend visited and dropped off Fraley’s prescription at a local drugstore.

Between 8:00 and 10:00 pm, Fraley decided she needed to go back to the emergency room. As she had no driver’s license or transportation she called her fiance’s father Ricky Dale Simonds Sr, who lived in the same apartment complex, for a ride.

When Fraley arrived at the hospital she was told the wait time was three hours long so she decided to leave. She called another neighbor for a ride back, and ended up getting home around midnight.

Upon her return, Fraley called her mother around midnight and told her she wasn’t feeling well. During the conversation, she said a healthcare provider with the Social Security Administration would be coming to pick her up for an appointment the next morning.

Fraley later called a friend at 2:00 am, saying she was getting a ride to the hospital again. She didn’t say with whom, but referred to the person as “he” at the end of the call when her ride arrived.

In the morning her healthcare provider arrived at the apartment to pick her up for the appointment, but no one answered the door. Fraley never checked into the hospital, and has not been heard from again.

The day after she missed her appointment her family went to check on her, but she wasn’t there. The door to the apartment was locked, and her belongings, aside from her cell phone, were inside. Since they didn’t see any signs of a struggle they assumed she had left on her own accord.

On April 11, 2008, her family filed a missing persons report to the Gaston County Police when they failed to contact her.

On April 13, 2008, Fraley’s cellphone was found by a cable company worker while repairing lines at the intersection of south New Hope Road and east Hudson Boulevard, about a mile and a half from her apartment.

Her purse, wallet, keys, and identification were left behind at her residence.

Upon accessing her phone records, police found several calls were made from her phone at 4:30 am on the day of her disappearance. None of the calls actually connected, and the numbers had apparently been dialed from the phone’s list of recent calls.

A call was made to Fraley’s phone at 5:00 am, but investigators were unable to determine who it was from.

49-year-old Ricky Simonds Sr was the father of Fraley’s fiance, Ricky Simonds Jr, who was in state prison for theft at the time of her disappearance. He lived at the same apartment complex as the couple, just two doors away, and did maintenance work there.

He drove her to the hospital the second time the day she disappeared, making him one of the last people to see her.

In the 1980s, Simmonds Sr had previously served time in prison for strangling an ex-girlfriend to death. His criminal history also included fraud, larceny, and several drug arrests.

He was questioned early on in Fraley’s disappearance investigation and refused to take a lie detector test.

On June 8, 2008, Simmonds Sr was found dead in the trunk of his ex-girlfriend’s car. The cause of death was ruled to be accidental heat stroke. Police speculated that he hid inside the car trunk and planned to harm her, but got trapped inside and died of heat stroke.

After his death, police suspected his involvement in Fraley’s disappearance, but no proof was found. He is considered a person of interest in her case

Foul play is suspected in Jamie Fraley’s disappearance, and authorities believe she might have been taken against her will by a stranger.

A reward is being offered for information that solves her case. 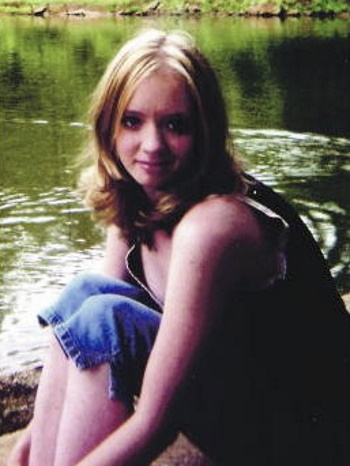 Distinctive Physical Features:
Fraley has the name “Ricky” tattooed on her right ankle.