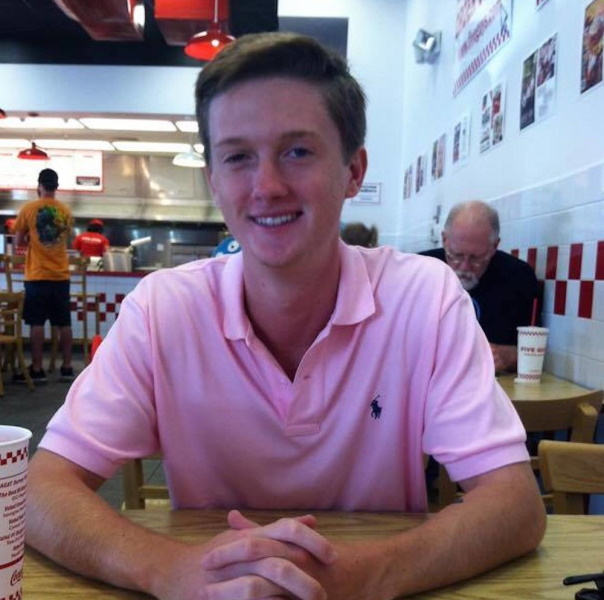 He disappeared after walking away from the Appalcart bus stop at the corner of Rivers Street and Blowing Rock Road on April 21, 2016, near the Holmes Convocation Center of the Appalachian State University campus, at approximately 12:30 pm. He has never been heard from again.

James Martin Roberts was born on August 19, 1996, in Kernersville, North Carolina to parents John and Abbie Roberts. His parents divorced, but James maintained a close relationship with his family.

During his sophomore year in August 2015, James was arrested for DWI and lost his driver license after returning drunk from a fraternity party. He also broke up with his girlfriend after the incident.

James later enrolled at nearby Caldwell Community College & Technical Institute in order to raise his GPA by taking online classes. He was planning to attend Appalachian State University full-time again in the fall.

He was a part of a ASU fraternity, Tau Kappa Epsilon, and lived at the frat house. James played soccer in high school, and enjoyed hiking and camping, particularly around the Blue Ridge Parkway and in the Appalachian Mountains.

On April 21, 2016, a surveillance camera from the Appalcart bus stop captured James standing near the Holmes Convocation Center of the Appalachian State University Campus at approximately 12:30 pm.

The bus stop was located at the corner of Rivers Street and Blowing Rock Road in Boone, North Carolina. James was spotted speaking to his cousin who later boarded the train. James was seen walking off on his own and has never been seen or heard from again.

His father recalled the last phone conversation he had with his son as nothing out of the ordinary, and that they were supposed to talk again soon. When calls and text messages to James went unanswered, he grew concerned and contacted his son’s landlord and roommates.

They checked James’ bedroom, but he was nowhere to be seen. He had left behind his cell phone, tablet, wallet, credit card, and a cryptic note.

On April 21, 2016, his roommates reported James missing to the Boone Police Department.

The cryptic note left by James has never been released, and is not currently classified as a suicide note by authorities. The note was confirmed to be handwritten by James, and authorities reported the content as vague and ambiguous.

“The note itself said he regretted he hadn’t taken advantage of opportunities he had and that he was leaving,” according to James’s father. He believed his son may have decided to go “off the grid” for a period of time.

The search for James Roberts uncovered several troubling mysteries in his life. Despite having no history of mental illness, upon searching his bedroom, police discovered antidepressants in a plastic bag.

By the time of his disappearance, he hadn’t logged in to any of his online classes in a month. According to his friends, James was said to be working, but police found no evidence suggesting he had a job or had been hired at any of the places where he claimed to work.

When James disappeared he did not have his cell phone with him, and he didn’t have access to a vehicle. Despite surveillance cameras in the intersection of Blowing Rock Road and Rivers Street, none of them recorded James after he left the bus stop.

Foul play isn’t suspected in James disappearance at this point. His family said it is very out of character for him to not be in contact with them.

The circumstances of his disappearance remain unclear, and his case is currently classified as missing. His case remains unsolved.

Roberts has a tattoo of blue, black and red mountains on the inside of his left forearm, and a tattoo of a quote from a Bob Marley song in black lettering on the right side of his ribcage.

If you have any information regarding the disappearance of James Roberts please contact the Boone Police Department (828) 268-6900 or call the National Center for Missing and Exploited Children (800) 843-5678.