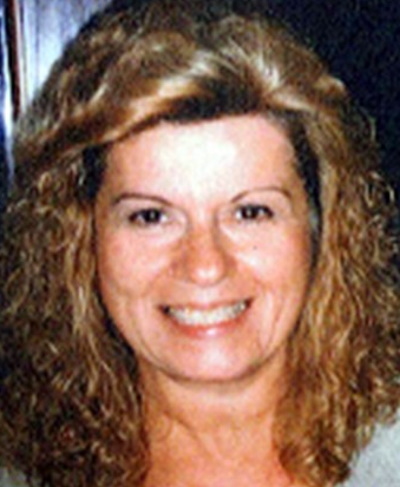 She disappeared from her home after picking up her prescription at the Eckerd drug store near her residence shortly before 7:00 p.m.

In 1969, Markham moved to Jacksonville, Florida where she married her first husband and raised their three children on the west side of Jacksonville.

In September 1999, Markham divorced her second husband and moved to Callahan, Florida. She bought a house in Spring Lake Estates and would spend her time between work and projects around the house.

Markham worked as a general manager for Cheetah Transportation in Jacksonville, and started dating Archie Carroll ten months prior to her disappearance.

On December 14, 2000, at approximately 7:00 pm, Markham went to pick up her high blood pressure medication at the Eckerd drug store near her Hive Lane residence.

Later in the evening Markham was scheduled to meet her boyfriend, Archie Carroll, for a planned date. As he was getting ready to go pick her up at her house she called and told him that a male acquaintance had showed up at her door uninvited and that he had been drinking.

Carroll responded that he wasn’t going to let the other man ruin their date and he was coming over nonetheless. Markham agreed and told him to keep his temper under control.

When Carroll arrived at her residence Markham and the man were nowhere to be seen. He wasn’t initially worried, and thought she had given him a ride home to avoid a possible confrontation.

Carroll then spent the rest of the night at her home, waiting on her. When she did not return by the following day, he reported her missing to the Nassau County Sheriff’s Office.

On December 15, the same day she was reported missing, Markham failed to show up to work at Cheetah Transportation in Jacksonville, Florida.

On December 16, 2000, Markham was scheduled to visit her son in Tampa, Florida where she planned to spend a couple of days with family to celebrate a birthday for her grandson, but she never made it.

Authorities examined her home for any signs of foul play, but found nothing. Her vehicle was found inside of her garage with the prescription she purchased still on the passenger seat.

Her personal belongings were left behind inside her residence, as well as her dog and a pet fish.

Shortly after she disappeared her purse was discovered fifteen miles away from her home. It was found near Jaxport, inside a ditch outside of Berman Brothers Inc. at 2500 Evergreen Avenue in Jacksonville, Florida. Her credit cards and identification were also found inside the purse.

40-year-old Ross Lane Emerson, of Fort Worth, Texas, was taken into custody and awaiting trial in Nassau County for the murder of Katrina Laynette Benson, whose body was found in a wooded area near Yulee on January 1, 2001. He was also a suspect in the murders of Robert Louis Jones of Jacksonville, and a man in Savannah, Georgia.

Investigators found out that Emerson had worked as a day laborer in Nassau County around the time Markham vanished. He also once lived in a boxcar six to ten blocks away from where her purse was found.

Emerson was a registered Texas sex offender, who had served fifteen years of a sixty-year sentence for burglary with intent to commit sexual assault in the past. When investigators questioned him about the disappearance of Jackie Markham, Emerson maintained his innocence.

On October 1, 2001, Emerson committed suicide by hanging in his Nassau County jail cell. In a three page letter addressed to the Nassau County Sheriff’s Office, he admitted to several murders but denied any involvement in the disappearance of Jackie Markham.

Police found no evidence, means or motive for foul play in Jackie Markham’s disappearance. Foul play is suspected, and her family believe that she would never leave without telling someone. She left behind two adult daughters, a son, as well as grandchildren.

A $20,000 reward is being offered by her family for information leading to the whereabouts of Jackie Markham, with no requirement that information lead to an arrest or conviction.

The circumstances of Jackie Markham’s disappearance remain unclear and her case is currently classified as a missing case. The investigation into her disappearance is still open and active. Her case remains unsolved. 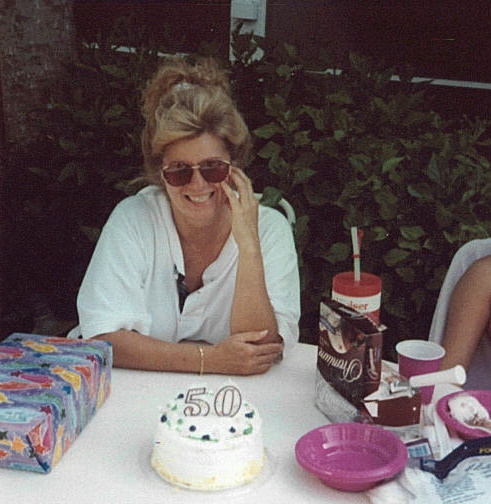 Distinctive Physical Features:
Markham has a brown sunspot on her left arm. Her ears are pierced. She wears prescription eyeglasses.

Clothing and accessories:
Jackie was last seen wearing a short-sleeved orange shirt with a round collar, denim overall pants, sneakers, a pear-shaped diamond ring, an opal ring, bracelets and a watch.

If you have any information regarding the disappearance of Jacquelyn Markham please contact the Nassau County Sheriff’s Office at (904) 225-5174.