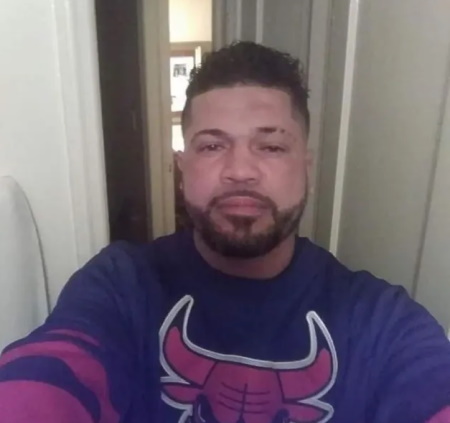 41 year old Felix DeJesus was last seen in Paterson, New Jersey on February 2, 2022. He disappeared after an encounter with cops around 9:00 pm, and hasn’t been seen or heard from since.

At 7:30 pm Felix took a cab back to his home in Haledon after drinking with friends. He spoke with his family when he arrived, then headed out to Paterson.

Around 8:55 PM, Felix was detained by two officers outside La Bodega Parada on Union Avenue after allegedly causing a disturbance. The store owner claims Felix tried to buy a sandwich, but was asked to leave after touching a woman on the shoulder.

Body cam footage shows two officers handcuffing Felix and putting him into the back of their vehicle. This is the last known sighting of Felix.

After Felix was placed in the back of cop car the officer’s shut off their cameras. Felix was not charged with anything, and the officer’s claim they dropped him off at West Side park behind John F. Kennedy High School around 9:10 pm.

Felix’s family tried to file a missing report with the Paterson Police the day after he went missing, but were told they needed to file it with Haldeon Police because that’s where Felix lived.

According to the Haldeon Police, five people saw Felix at the park after he was dropped off by the two officers, but they have not disclosed who those individuals are or what they told investigators.

The temperature was freezing that evening, and Felix was reportedly dropped off wearing only a T-shirt and pants. The DeJesus family reports speaking to a few witnesses who claimed to have seen a shivering man matching Felix’s description at the park that evening.

Police initially told Felix’s family that they had no contact with him, but later disclosed he had been detained after they received a report that he had harassed a woman at the bodega.

Paterson police will not comment further, stating their investigation is ongoing. Felix’s family says the Passaic County Prosecutor’s Office is also looking into the matter. The conduct of the two officer’s who detained Felix and turned off their cameras is reportedly the subject of a Paterson Internal Affairs investigation.

The DeJesus family has hired lawyer, Jeff Patti, who has threatened to file a lawsuit against the city over its handling of Felix’s detention. His family has also distributed flyers, requested additional videos from police, hired a private investigator, and scoured the areas near West Side Park and the Passaic River.

After his family filed a public records request the Passaic County Prosecutor’s Office showed the DeJesus family about four minutes of recording from the night Felix disappeared, but have not provided them with a copy of the redacted video.

The location of Felix DeJesus remains unknown. The Haledon Police Department is offering a $5,000 reward for the successful recovery of Felix, and the DeJesus family is offering a reward of $20,000. 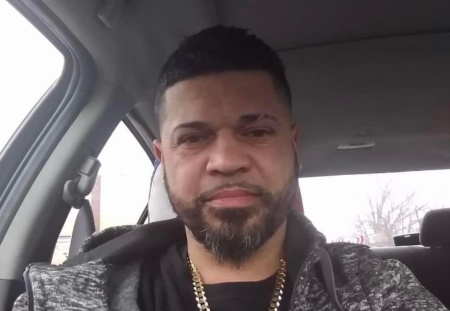 41 year old Hispanic male. Felix stands 5’9 and weighs approximately 200 pounds. He has the Puerto Rico flag tattooed on his chest.

If you have any information regarding the disappearance of Felix DeJesus please contact aledon Police Captain Guzman at (973) 790-4444, or the tips line at 1-877-370-PCPO.