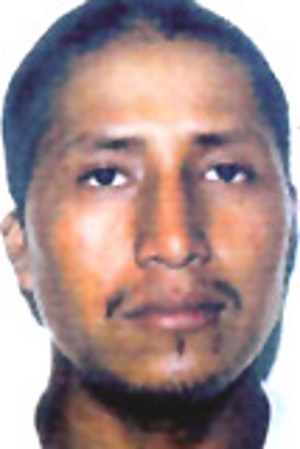 He disappeared on his way to work after being taken into custody by a Collier County sheriff’s deputy near the Green Tree Shopping Center following a minor traffic accident.

Felipe Santos was born on January 1, 1979 in Oaxaca, Mexico and was the second of five brothers.

Around the year 2000, Santos moved to the US and started working as an undocumented immigrant in Florida farm fields and construction sites. Most of his salary went back to his family, which included his wife, daughter, and parents who lived in Oaxaca, Mexico.

Santos was described as humble and hard working, and his hobbies included basketball and soccer. He speaks fluent Spanish and limited English.

At the time of his disappearance, Santos lived in Immokalee, Florida, and his wife had given birth to a daughter four months prior.

On the morning of October 14, 2003, Santos woke up not feeling well. His wife told him to stay home from work but he left at 6:30 am nonetheless.

He was driving with two of his brothers to a construction job when his white Ford struck another car near the Green Tree Shopping Center, at the intersection of Airport-Pulling and Immokalee roads in North Naples, Florida.

Collier County sheriff’s deputy, Corporal Steven Henry Calkins, was dispatched to the scene of the accident. The vehicle he was driving was registered to Santos, but he had no driver’s license.

Santos received a ticket for reckless driving, and driving without a license and insurance. He was taken into custody and put into the back of the patrol car before being driven away by Calkins.

Felipe Santos never made it to work and has not been heard from since.

Later in the afternoon, Santos’ construction foreman contacted the Collier County jail so his brothers could post bail, but he was told that Santos had never been brought into either of the county jails.

Deputy Calkins told investigators that he initially planned to arrest Santos for driving without a license. He later changed his mind and said Santos was being “very polite and cooperative”. He subsequently dropped Santos off at a nearby Circle K gas station, a mile away on Immokalee Road.

Santos’ brother filed a misconduct complaint with the Collier County Sheriff’s Office against Calkins after his brother’s disappearance, but the case was quickly cleared of any wrongdoing.

On January 12, 2004, 27-year-old Terrance Williams, an African American cook, disappeared after being taken into custody with the same deputy, Steven Calkins, following a traffic stop.

Williams was driven off in the back of his patrol car and has not been heard from again.

Calkins claimed he dropped Williams off at a Circle K convenience store in the vicinity of Wiggins Pass Road and Route 41 in Naples, just four miles away from the store where he dropped Santos three months earlier.

He received commendations for helping to lift an overturned pickup off a man who was suffocating underneath. In 1997, he helped give CPR to a 78-year-old man suffering a heart attack.

In August 2004, Calkins was fired by the Collier County Sheriff’s Office for lying in the disappearance case of Terrance Williams, deception on a lie detector test, conduct unbecoming of an officer by using derogatory language, and for being negligent in not following agency rules and procedures.

Calkins wasn’t charged with any criminal wrongdoing in the disappearances of Terrance Williams or Felipe Santos and he maintains his innocence in both cases.

Santos was to appear in court for a hearing regarding the traffic accident he was involved in on the day of his disappearance. Fearing of being deported due to the citations from the accident, he may have left the United States and fled to Mexico. In November 2003, a warrant was issued for his arrest after he failed to appear in court.

Police found no evidence, means or motive for foul play in Felipe Santos’ disappearance. No body was found, nor any evidence that he is still alive.

A $100,000 reward was offered by actor and producer Tyler Perry for critical tips that would lead to the remains of Terrance Williams and Felipe Santos or to an arrest in their disappearance. The reward was subsequently doubled to $200,000 on September 4, 2018.

Felipe Santos is presumed dead under Florida law, but the investigation into his disappearance is still open and active. The circumstances of Felipe Santos disappearance remain unclear, and his case is currently classified as a missing case. His case remains unsolved. 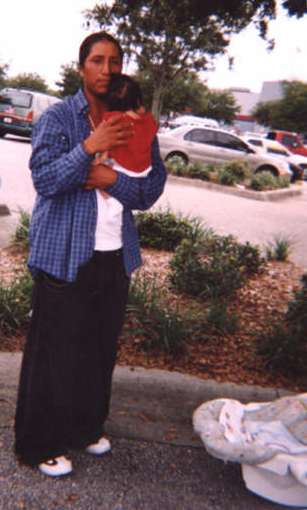