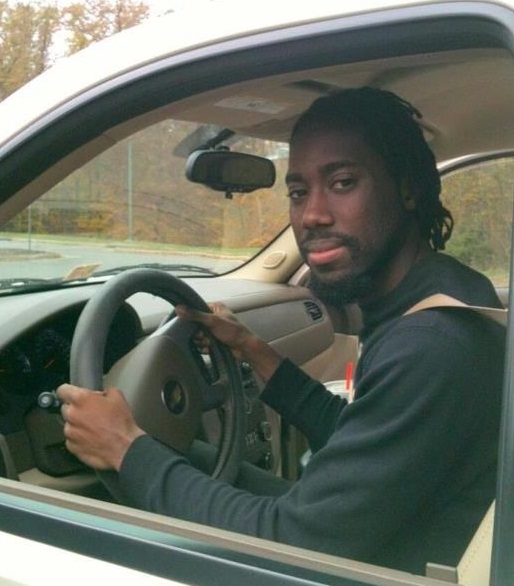 21 year old Erik McFadden was last seen in Charlottesville, Virginia on November 23, 2012. His disappearance may be connected to the disappearance and probable unsolved homicide of Dashad “Sage” Smith, a transgender woman whom McFadden knew dating back to 2012.

Erik McFadden was born on March 1, 1991. He was a graduate of Joppatowne High School in Harford County, Maryland, and attended Lincoln University of Pennsylvania from 2009 to 2011.

He lived in downtown Charlottesville with his girlfriend, Esther Iveni.

She and McFadden were said to have been exchanging texts and calls for weeks prior to Smith’s disappearance. They had met in person before, and may have met multiple times for sex. McFadden claimed to his own girlfriend that Smith had been blackmailing him for money in exchange from the promise to keep their relationship a secret.

On November 23, McFadden’s Sherwin-Williams paint store colleagues claimed he went missing for several days from work without warning or explanation.

On November 24, his girlfriend reported Erik McFadden’s missing to the Charlottesville Police Department. He had been staying in her apartment while she was out of town for Thanksgiving at the time. A search into his apartment showed a receipt from CVS dating back from the evening of November 22, two days after Sage’s disappearance.

On November 25, McFadden’s girlfriend reportedly got a call and emails from McFadden who claimed to be in Washington, DC, stating he was in need of money. He was told by his girlfriend the police wanted to speak to him about Sage’s disappearance.

On November 27, the police got a call from McFadden who now said he was in New York City. He allegedly admitted he had had contact with Sage and said the two had planned to meet on the evening of November 20. But McFadden told investigators the meeting never took place, and he didn’t know of her whereabouts. McFadden hung up when insvestigators asked him to return to Charlottesville.

On November 29, McFadden’s girlfriend contacted the police and said he was taking a bus back to Charlottesville, and expected the police to pick him up. However, McFadden changed his mind the next day and decided to run. Before the police could conduct an in person interview, he stopped responding to calls.

On November 30, McFadden wrote an email to his girlfriend and claimed Sage had been blackmailing him to keep their relationship secret. He revealed that he did meet with her on the evening of November 20, but he walked away after reportedly saying Sage had “a lot of enemies.”

McFadden’s family has not heard from him since 2012, and the last sign of him was an email sent to his girlfriend in May of 2013, from an untraceable email address. Since then, Erik McFadden has not been seen or heard from by officers or by members of his family.

Officials say Erik McFadden may have traveled to, and could be living in one of several cities, including Baltimore, Joppa, Maryland; Lake City, South Carolina; Columbia, South Carolina; Atlanta; New York; Rochester, New York; or possibly others on the West Coast.

He is a “critical person of interest” in Dashad Laquinn “Sage” Smith’s disappearance and presumed homicide. Detectives continue to believe McFadden was the last person to see Sage on the night of November 20, 2012, and that he possesses vital information in solving her case.

A $10,000 reward is being offered through Crime Stoppers, and an additional $10,000 is being matched by the city of Charlottesville for information leading to an arrest in Sage Smith’s case.