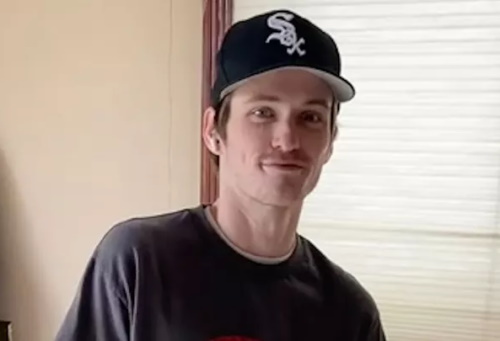 22-year-old Edward Gardner was last seen in Chicago, Illinois on March 13, 2022. He disappeared while driving in a rental car heading to Griffith, Indiana.

Edward Liam Gardner was born on May 11, 1999 to mother Sandy Johnson-Gardner.

At the time of his disappearance, Gardner resided in Bolingbrook, a southwest suburb of Chicago. He was a student at College of DuPage and worked at Ron Tirapelli Ford, a car dealer in Shorewood, Illinois.

On the evening of March 13, 2022, Gardner was last seen by an acquaintance on 64th & Cottage Road in Chicago’s Woodlawn neighborhood.

Afterward, Gardner drove away in a white 2021 Dodge Charger with Florida plate QMND02 which he had rented from Hertz Rental, possibly headed in the direction of Griffith, Indiana.

Edward Gardner never showed up in Griffith, and has never been heard from again. Family and friends were unable to contact him, and all of his phone activity stopped around 9:00 pm.

After a few days, Gardner’s family grew concerned and filed a missing person report with the Oswego Police Department.

On March 29, 2022, Gardner’s rental vehicle turned up in Hammond, Indiana, after being involved in a multi-vehicle crash near the 2500 block of 169th Street, at approximately 1:55 am. The occupants fled from the scene on foot.

Inside the rental car an empty shell casing was discovered on the floor, as well as a tire shop receipt from March 28, 2022.

Authorities are unsure if Gardner was inside the vehicle at the time of the crash. The last location shown by his GPS’s navigation history was at 131st Street and St. Lawrence Avenue in Chicago, Illinois.

On March 28, 2022, security cameras captured photos of two men driving in Gardner’s rental car at 120th and Halsted streets in the West Pullman neighborhood of Chicago.

On March 29, 2022, security cameras from a gas station in Hammond, Indiana, captured photos of the passenger of the rental car, just five minutes before the crash occurred.

The unidentified man was described as a black male, about 5’3″ and 120 lbs. He was wearing a black puffy jacket over a red hoodie, jeans, blue nitrile gloves, and black shoes.

The car showed signs of damage on the driver’s side window and the right front bumper underneath the headlight, even before the crash occurred.

Foul play is suspected in Edward Gardner’s disappearance. The case is currently active and ongoing.

The circumstances of Edward Gardner’s disappearance remain unclear and his case is currently classified as missing. His case remains unsolved. 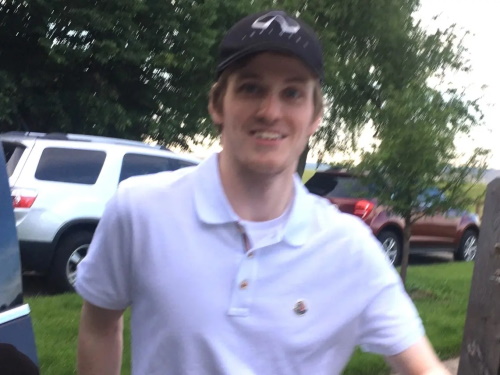 Distinctive Physical Features:
Edward has a small scar from childhood under his chin.

Clothing and accessories:
Edward may have been wearing a bright fluorescent green or yellow hoodie.

If you have any information regarding the disappearance of Edward Liam Gardner please contact the Oswego Police Department at (530) 551-7300.