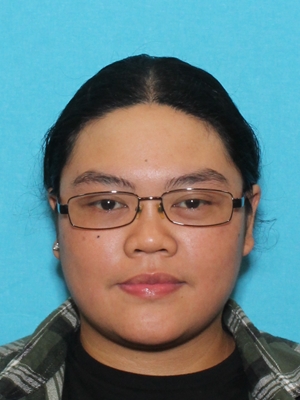 27 year year old Destiny Sanith was last seen on March 4, 2022 in Williamstown, New Jersey. She disappeared on her way to visit her friends house in southwest Philadelphia.

Destiny Sanith was last seen by her family at her home in the 2600 block of McKean Street in Philadelphia around 2:30 pm on March 3, 2022.

She asked to borrow her mother’s car, and said she was heading out to visit a friend in southwest Philadelphia. When she didn’t return that evening her family learned Destiny never made it to her friends house.

Destiny was reported missing by her family on March 5, 2022.

Authorities discovered that the New Jersey State Police had been in contact with Destiny in Folsom, New Jersey at approximately 5:20 am on March 4, 2022, after responding to a call for a suspicious person.

Police found Destiny’s vehicle unattended near the strip mall located at 301 East Black Horse Pike in Williamstown, New Jersey. They had brief contact with Destiny, and helped move her car into a parking lot before transporting her to a nearby Wawa convenience store located about a mile up the road.

According to her family they’ve viewed multiple surveillance videos from the establishments in the area, and saw her enter the Wawa store early that morning to purchase something to drink.

Destiny is then seen walking across the street from Wawa to the Sunoco gas station, before going behind the building and out of the camera’s view around 9:00 am.

This is the last known sighting of Destiny. She hasn’t been seen or heard from since.

The location of Destiny Sanith, and the circumstances regarding her disappearance, remains unknown.

Her family has set up a GoFundMe to secure funds to hire a private investigator to help bring Destiny home.

She has a tattoo of a Virgo sign on her right hand.