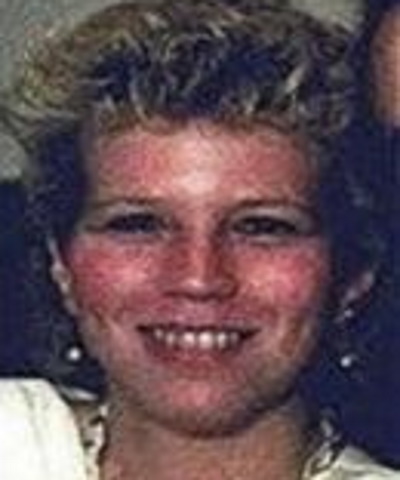 24 year old Denise Bolser was last seen in Raymond, New Hampshire on January 17, 1985. When her husband came home he found a note that read “We’ve got your wife,” and no trace of Denise.

On January 17, 1985 Denise Bolser vanished from her home in Raymond, New Hampshire.

She shared the home with her estranged husband, and when he came home he found a note that read “We’ve got your wife,” along with some footprints in the snow. Denise was nowhere to be found.

Earlier in the day she had dropped him off in Manchester, and driven back home in his truck, as hers was in the shop for repairs.

Several days after Denise went missing police found her husband’s pick up truck abandoned at Logan Airport, with her social security card, birth certificate, and credit cards laid out on the front seat. No evidence as to where Denise had went, or what had happened to her was found.

The note left at her home offered no additional clues; there was no ransom demand or any attempted contact by whoever had written it.

Authorities pursued the theory that she may have been kidnapped and possibly murdered, but could find no real evidence aside from the anonymous note.

They later came to believe that perhaps she had left on her own accord, but her family with whom she was very close with believed foul play was involved.

After she disappeared her husband filed for divorce. He was never pursued as a person of interest in her disappearance.

A couple of months after Denise disappeared, the courier service where she had worked as a bookkeeper accused her of embezzling between $12,000 – $100,000.

In 1986 she was charged with the crimes in absentia, giving police a reason to believe she may have ran off on her own accord.

The embezzlement charges against Denise were eventually dropped in 1993, and over the years her family continued to hope that she would contact them.

Although investigators continued to pursue the case, no credible leads could be found.

In 2002 a private investigator named Shirley Casey gave authorities a credible lead about a Denise who was living in Florida that shared the same date of birth as Denise Bolser.

Authorities tracked down the lead, and on May 13, 2002 discovered Denise Bolser living in Panama City Florida, under the name Denise James. She had started a new family who were unaware of her past.

When questioned, Denise admitted that she had decided to run when her ex-boss had threatened her life. She said during the 17 years she was missing she had also lived in the Bahamas, California, South Carolina and Hawaii.

Following her discovery Denise had an emotional reunion with her family.