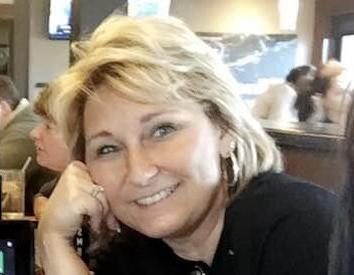 52-year-old Dee Ann Warner was last seen in Franklin Township, Michigan on April 25, 2021. She disappeared following a heated argument with her husband.

Dee Ann Warner was born on June 30, 1968 in Michigan. She grew up in a small farming community in Lenawee County where her family had been living for five generations. She has four adult children from a first marriage.

In 2006, Dee married Dale John Warner, whom she met while working at a local company in the agricultural sales business. The couple have a nine-year-old daughter together.

At the time of her disappearance, Dee was living with her husband and daughter in a house on Munger Road in Tecumseh, Michigan. She was running her own trucking and farming company from the barns in the backyard of her home.

On April 24, 2021, Dee Ann Warner planned to have a discussion with her husband Dale Warner about leaving the marriage. At 8:34 pm, their daughter was picked up by a family friend who had agreed to watch her for the weekend.

That night, Dee and her husband got into a heated argument related to her business and one employee, Todd Neyrinck, with whom she also had an argument with earlier that day.

At 10:52 pm, Dee received a text message from a friend asking how she was. A text message was sent back from her cell phone saying “K”.

According to Dale Warner, they reconciled by the end of the night and Dee fell asleep on the living room floor while he was giving her a massage. Warner then carried her to the couch before going to bed himself.

Around 9:00 am, Dee’s adult daughter, accompanied by her boyfriend and daughter, stopped by her house to enjoy their weekly Sunday breakfast together, but Dee Ann Warner was nowhere to be seen.

Dee Ann Warner never returned home and hasn’t been heard from since. Her family filed a missing person’s report with the Lenawee County Sheriff’s Office when they couldn’t find her.

Dee Ann Warner disappeared along with her purse and cell phone. She left behind her two vehicles which were found parked in the garage of her home and at her office, about a hundred feet away.

Her cell phone switched from WiFi to cellular service aroundr 11:00 pm on the night of April 24, before going dead at 2:30 am. Her phone records, bank account and social media have had no activity since that night.

Dale Warner believed his wife left with another man that morning and subsequently traveled out of the country, but Dee Ann Warner was never captured on camera leaving the property and her passport hasn’t been used.

Authorities conducted multiple searches for Dee Ann Warner with the help of helicopters, drones, radar systems, foot patrol teams, and cadaver dogs, but the only thing recovered was a set of keys belonging to Dee.

According to her family, Dee was planning to file for divorce and sell the business before her disappearance. She was reportedly physically abused by her husband on multiple occasions and was planning to escape from him.

On August 9, 2022, the Michigan State Police announced that it was taking over the investigation. They named Dale John Warner as a person of interest in the disappearance of his wife, Dee Ann Warner.

In September 2022 it was announced Dee’s children and friends had filed a petition to establish death.

Dee’s case will be featured in the 10th season of Investigation Discovery’s show Disappeared. The episode titled “Vanished in the Heartland” will air on October 5, 2022.

The circumstances of Dee Ann Warner’s disappearance remain unclear and her case is currently classified as missing. Her case remains unsolved. 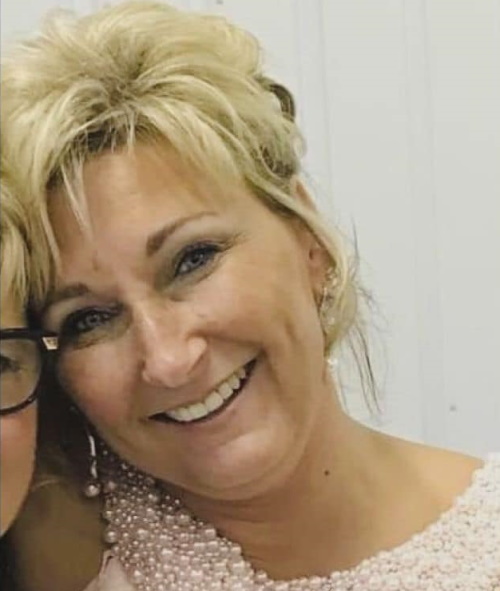 Physical Description:
White female born on June 30, 1968. Dee has brown hair, green eyes, stands 5’4 tall and weighs 135 – 140 pounds. She had blonde highlights at the time of her disappearance. 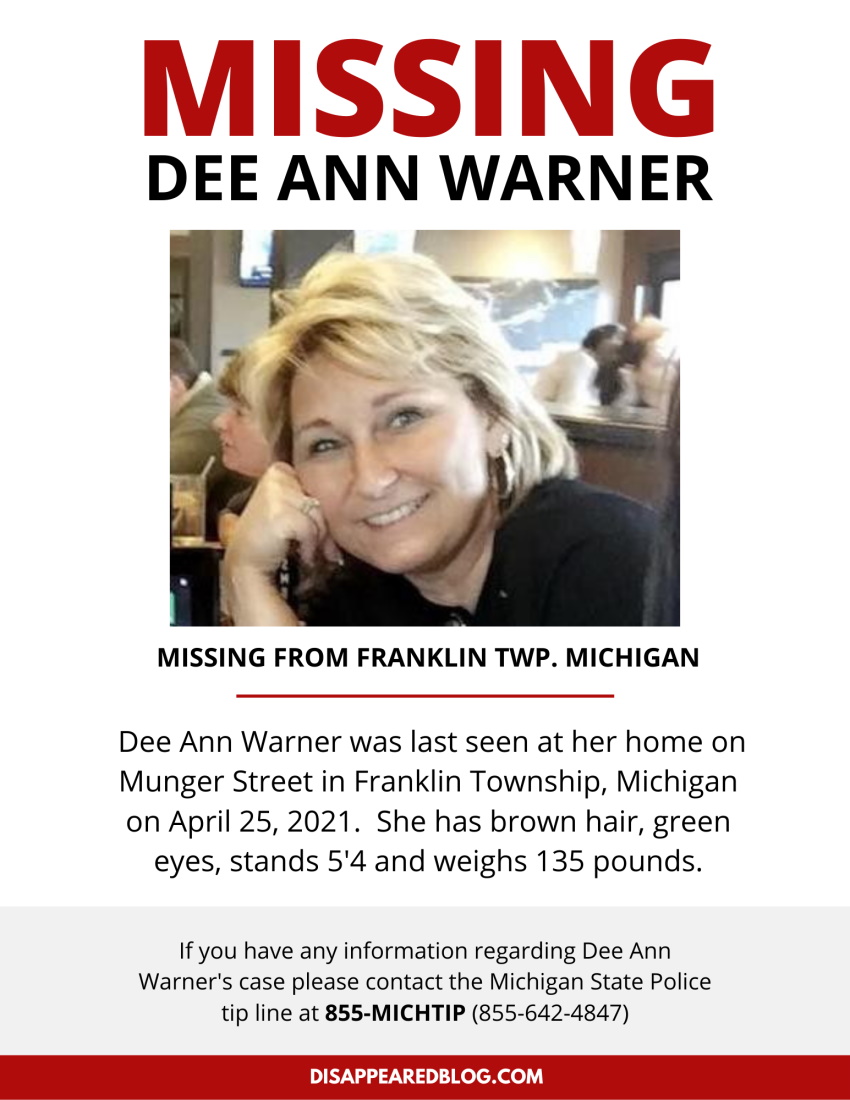