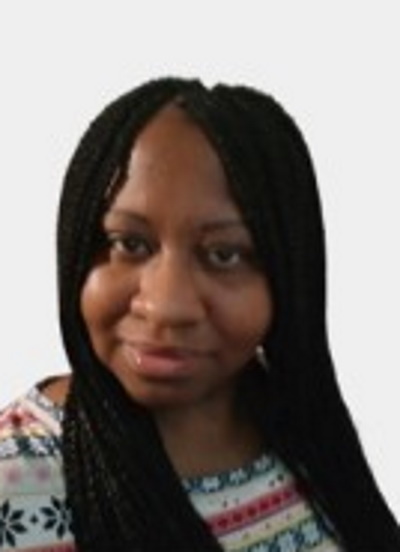 44 year old Deanna Jackson was last seen in Fresno, Texas on July 20, 2022. She disappeared after visiting her parent’s home, and hasn’t been seen or heard from since.

Deanna Jackson graduated from Prairie View A & M University, and was a member of AKA Sorority. She formerly worked as a teacher in the Fort Bend School District.

Deanna has a mental health condition which requires medication.

Deanna Jackson was last known to be in the area of Becker Glen Drive in Fresno, Texas on July 20, 2022.

She was last seen visiting her parent’s home, and last heard from when she spoke to her father on the phone asking him to pick her up.

44 year old Aborigine American Indian female who stands 5’5 and weighs approximately 180 pounds. Deanna has naturally short brown hair and brown eyes. At the time of her disappearance she had long hair braid extensions.

Deanna walks with a limp. She has her name tattooed on her outer bottom leg. 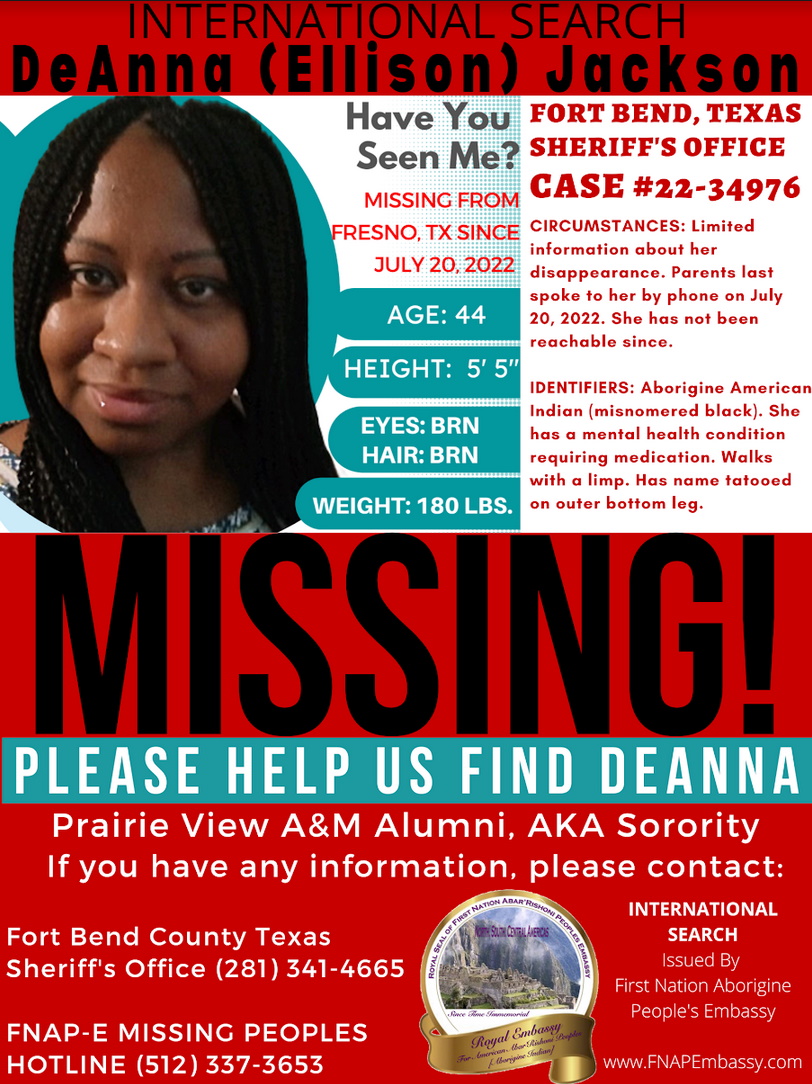