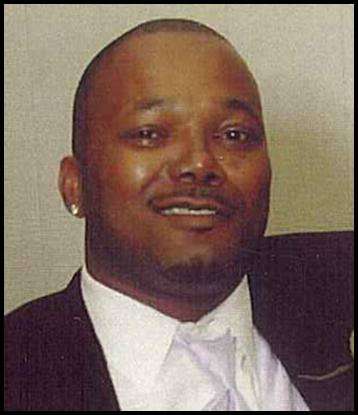 38 year old David Robinson was last seen in Detroit, Michigan on January 3, 2010. He made a quick visit to his cousin that evening around 9:00 pm, but never made it back home.

On the evening of January 3, 2010, David visited his mother’s house to talk about the upcoming funeral for his aunt.

David hasn’t been seen or heard from since.

David’s car, a blue 1998 Mercury Grand Marquis with the Michigan license plate number BZA9717, was located by the police in Dearborn, Michigan, being driven by an unknown man. The police arrested the man and impounded David’s car.

The location of David Robinson, and the circumstances regarding his disappearance, remain unknown. Few details are available in his case.

He is currently listed as endangered missing. His case remains unsolved.

African American male with brown hair and brown eyes. At the time of his disappearance he had short tapered hair, a short beard, and mustache. David is 6’1 tall and weighs 210 pounds.

David is disabled from a stroke that happened 11 years ago. His right hand is permanently closed in a slight fist, and he walks with a limp.

If you have any information regarding the disappearance of David Robinson please contact the Detroit Police Department at (313) 596-2300, or Crime Stoppers of Michigan at 1-800-SPEAK-UP. You can also submit an anonymous tip online.