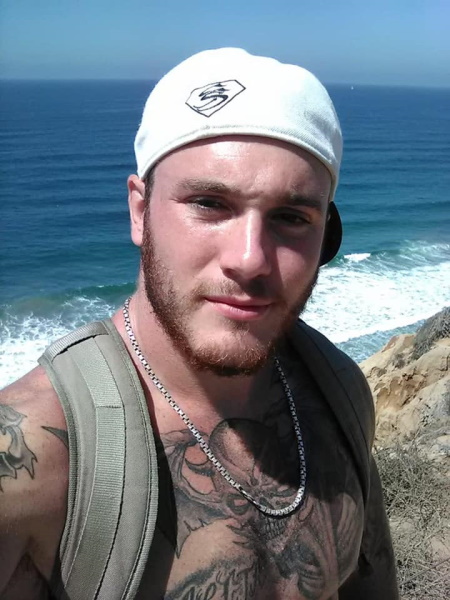 25 year old David Koenig was last seen in Branson, Missouri on February 8, 2020. He disappeared after staying a couple nights at the Peach Tree Inn off Highway 76, and hasn’t been seen or heard from since.

David Koenig was born on November 4, 1994 to parents Rick and Tracy Koenig. He goes by the names Dave or Big D, and is the oldest of three children.

He is a well known MMA (mixed martial arts) fighter in his hometown. Professionally he worked under the name Damian Costello.

On February 8, 2020, David was at the Peach Tree Inn, located at 2450 Green Mountain Drive off Highway 76 in Branson, Missouri, where he had stayed a couple of nights.

On the evening of February 7 he messaged a couple of friends on Facebook, saying he was in trouble and asking for help. Neither of his friends were able to come over and meet him at the time.

He sent the messages through Facebook because his phone, which he recently bought secondhand after losing his regular phone, could only connect to Wifi.

By the time his friends read his messages and responded on February 8, David had stopped messaging.

David was reported missing by his family in March 2020, and a joint missing persons investigation between the Branson Police Department and Missouri State Highway Patrol was launched.

Early leads in the case led authorities to believe David may have visited at a friend’s house in Merriam Woods on February 9, and been in Forsythe, Missouri on February 11.

Neither lead has been verified, and it’s possible David may have been in Merriam Woods the week before he went missing, rather than after he disappeared from the Peach Tree Inn.

The messages David sent to his friends on Facebook were turned over to authorities after he was reported missing. In them he had asked for a ride, and stated he needed to keep ‘hands free.’

The remains were discovered on December 22 by a man searching for deer antlers in the 3700 block of Fall Creek Road. Authorities searched the area, and recovered most of the remains as well as several personal items.

“The examination of the remains conducted by a forensic pathologist determined that there was no trauma and that the death did not appear to be the result of foul play,” the police department stated in a news release. 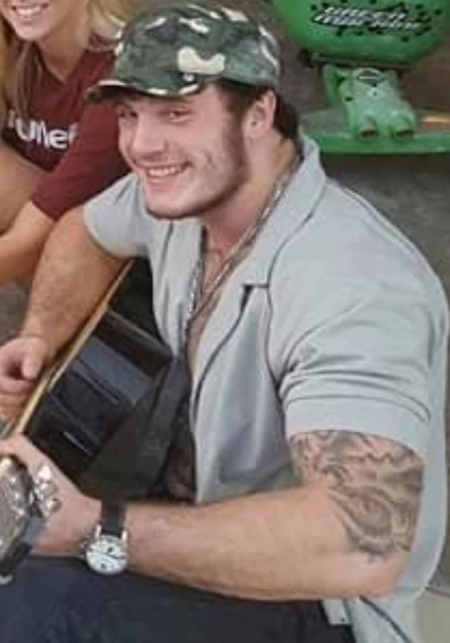 Caucasian male born on November 4, 1994. He has brown hair, brown eyes, stands 6’6 tall and weighs 245 pounds. He has a very muscular build and part of his middle finger on his left hand is missing.

David has numerous tattoos, including a skull with wings and the word “OMERTA” on his chest, a scorpion on his upper right arm at the shoulder, and the words “The Bull Pen Mafia” on his abdomen.

He was last seen wearing a black shirt, two silver necklaces, and a baseball hat with the word “POLICE” on it.

If you have any information regarding the disappearance of David Koenig please contact the Branson Police Department at 417-334-3300.

A $25,000 reward has been offered to anyone who can provide information which leads to finding Dave Koenig.