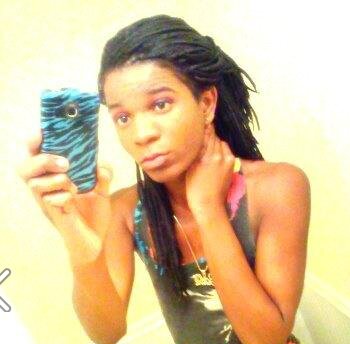 She contacted Erik McFadden (also missing), whom Sage had met online, and made plans to meet near the Amtrak station. Sage has never been heard from again.

Sage Smith was born Dashad Laquinn Smith on December 13, 1992 to parents Latasha Dennis and Dean Smith. Her parents separated when she was still a newborn, and her father went to jail on drug charges.

Sage has an extended family including numerous step siblings due to her parents remarrying new partners. She grew closer to her paternal grandmother who primarily raised her in Garrett Square Charlottesville, Virginia. Sage eventually returned to her mother’s care, before being placed into the foster system after her mother was deemed unfit to raise her.

According to her friends and family, Sage identified herself as a transgender woman in her adolescence. While she grew comfortable with her transgender identity, she encountered harassment and bullying. Sage was depicted as being charismatic and energetic.

Sage graduated from high school in 2011, and moved into an apartment on Harris Street with two roommates in March 2012. She worked at a hair salon, and was taking classes at a cosmetology school to become a professional hairdresser.

On November 20, 2012, Sage was said to be at home around 5:00 pm, getting ready for a date. At 5:40 pm, she woke up her roommate to tell her she was heading out and would be back later on that evening. The next day, Sage was nowhere to be seen, and all calls made to her cell phone were sent directly to voicemail.

Sage’s stepsister, Keyera Morgan, claimed to have seen her on the night of November 20. She was last seen on Main Street, near the intersection of west Main Street and 4th Street NW, around 6:30 pm, and has never been heard from again

Upon Sage Smith being reported missing, an investigation was started by the The Charlottesville Police Department on November 22, 2012. Despite an extensive search of Main Street, where Sage was last seen, Harris Street and around the University of Virginia, no clue of Sage whereabouts were to be found.

After her disappearance, her cell phone has been turned off, which was believed to be odd as Sage always kept it charged and turned on. Foul play was suspected, as it was extremely out of character for Sage to disappear before Thanksgiving and lose contact with her family and friends.

Upon accessing her cellphone records, her family found Sage’s last-known contact number to belong to a man named Erik McFadden. Sage contacted Erik McFadden on the night of her disappearance, and made plans to meet him near the Amtrak station.

Prior to her disappearance, Sage’s phone records revealed the two had been exchanging texts and calls for several weeks, and they may have met multiple times for sex. McFadden, who was in a relationship with a woman named Esther Iveni, had reportedly paid Sage money to keep their relationship secret.

On November 24, McFadden’s girlfriend reported him missing to the Charlottesville Police Department. McFadden’s colleagues confirmed he went missing shortly after Sage’s disappearance with no explanation and no warning. A later search into his apartment showed a receipt from CVS dated from November 22, two days after Sage went missing.

On November 25, McFadden’s girlfriend reportedly got a call and emails from McFadden who claimed to be in Washington DC, stating he needed money. He was told the police wanted to speak to him about Sage’s disappearance.

On November 27, the police got a call from McFadden who now said he was in New York. He claimed that the meeting near the Amtrak Station with Sage Smith never happened, and that he didn’t know of her whereabouts. Before the police could conduct an in person interview, McFadden stopped responding to their calls.

On November 29, McFadden’s girlfriend contacted the police and said McFadden was taking a bus back to Charlottesville, and expected the police to pick him up. However, he changed his mind the next day.

McFadden wrote an email to his girlfriend claiming Sage had been blackmailing him to keep their relationship secret. He revealed that he did meet with her on the evening of November 20, but he did not know what happened to her and reportedly said Sage had “a lot of enemies.”

McFadden’s family has not heard from him since 2012, and the last sign of McFadden was an email sent to his girlfriend in May 2013, from an untraceable email address. McFadden is considered a person of interest in Smith’s disappearance.

Erik McFadden was last seen in Charlottesville, Virginia on November 23, 2012. He was 21 years old. At the time of his disappearance, he stood between 5’10” and 6’1″ and weighed approximately 180 to 190 pounds. He has black hair and brown eyes.

Dashad Laquinn “Sage” Smith’s disappearance was initially classified as a missing person’s case, but is now being investigated as a probable homicide.

Local investigators have teamed up with the FBI in their search for answers, and a $20,000 reward is being offered to anyone who provides information that may lead to finding Sage’s remains or an arrest in her disappearance. 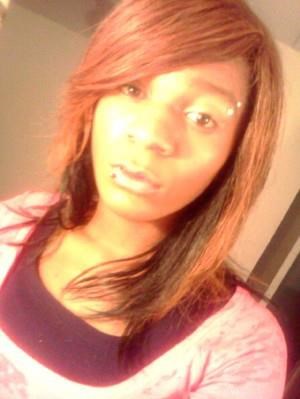 Smith was born male and previously identified as gay, but started identifying as a transgender woman, using the name Sage before her disappearance.

She had long hair worn in braids, with her ears and eyebrows pierced, and dressed as a woman.

If you have any information regarding the disappearance of Sage Smith please contact the Charlottesville Police Department (434) 970-3280 or call the WE HELP THE MISSING -TIP LINE (866) 660-4025.