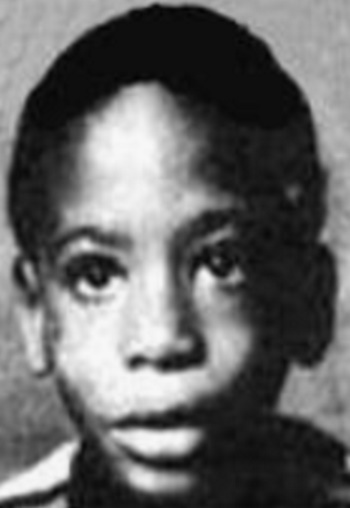 10 year old Darron Glass was last seen in Atlanta, Georgia on the afternoon of September 4, 1980.

On the day he went missing he attended an Atlanta Braves game in the downtown area. He arrived back home around 4:00 pm, but left the house after a few minutes.

Shortly after, his foster mother said she received an emergency call from someone claiming to be Darron, but the caller hung up before she could speak to him.

Darron hasn’t been seen or heard from since.

At the time of his disappearance he was living with his foster mother, Fannie Mae Smith, and three other children in the 2200 block of Memorial Drive SE in Atlanta, Georgia. He had lived there for less then three months before he went missing.

Before that he had lived with another foster family for about a year.

When Fannie Mae Smith reported Darron missing she told authorities he ran away three or four times a month, but this was the first time he never came back.

On September 4, 1980 Darron got on a church bus and went downtown to watch an Atlanta Braves baseball game.

He returned home at approximately 4:00 pm, and left the house after a few minutes, with his foster mother assuming he had gone out to play.

Shortly after she received an emergency call, with the operator stating it was from Darron, but the caller hung up before she was able to speak to him and never called back.

He was reported missing by Smith the next day when he failed to return home.

One of Darron’s foster brothers claimed he knew his whereabouts, and says he was receiving calls from him until as late as November 1980, but this has never been verified.

Thomas Bailey, Darron Glass’ caseworker, says he got a call on September 15 from a woman claiming to be Darron’s sister. Bailey said the caller told him she wanted to adopt Darron, but after he told her Darron was missing she hung up without leaving any contact information.

Darron did have an adult sister who was living out of state at the time of his disappearance, but Darron was not in contact with her.

Investigators believe Darron may have been a victim of the Atlanta Child Killer, a serial killer who is responsible for the deaths of 18 children between 1979 and 1981.

The victims ages ranged from 7 – 28 years old, and were mostly African American boys from poor families.

In 1982, Wayne Bertram Williams, a freelance photographer and music promoter, was convicted in the murders of two adult victims, Jimmy Ray Payne and Nathaniel Cater. He was found guilty and sentenced to life in prison.

During his trial the judge allowed the prosecution to bring in evidence linking Williams to other victims. After Williams’ conviction the police closed the case on 22 other Atlanta murders, concluding that Williams was responsible for their deaths.

There are some doubts regarding Williams’ guilt, and some believe the Atlanta Child Murders may have been committed by several serial killers.

In 2019 the Atlanta Murders case was reopened, in hopes that advances in technology will lead to a conviction in the cases that were never resolved.

Although investigators believe his case is related, it is unknown if Darron Glass was a victim of the Atlanta Child Killer. His remains have not been found, and he was only listed as a potential victim because he fit the profile.

Foul play is suspected in the disappearance on Darron Glass, though the details remain unknown.

Investigators believe Darron may have been a victim of the Atlanta Child Murderer, though Darron Glass is the only possible victim whose remains have never been found. His case remains unsolved.

African American male born on May 23, 1970, with black hair and brown eyes. At the time of his disappearance he stood 4’9 and weighed 75 pounds.

If you have any information regarding the disappearance of Darron Glass please contact the Atlanta Office of the Federal Bureau of Investigation at (404) 679-9000.