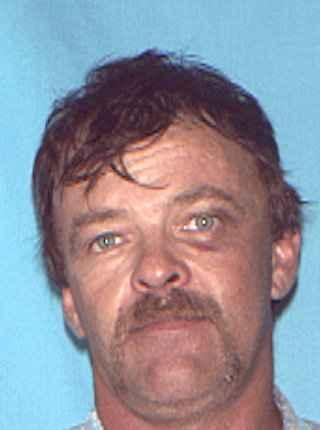 47 year old Daniel Lee Wolf was last seen at his farm in Stanberry, Missouri on May 5, 2011. He was reported missing in late May, about three weeks after he was last seen.

When he failed to call his mother for Mother’s Day she knew something was wrong and he was reported missing to the Gentry County Sherriff’s Office.

Authorities found Daniels’ vehicle and cell phone at his home, but a shotgun and 9mm pistol were missing.

A search was conducted in the Stanberry area where Wolf was last seen, however he has never been located.

In 2011, Randal “Randy” Evans of Stanberry was arrested on four felony charges, and was also named a suspect in Daniel Wolf’s disappearance.

The charges were related to a prior incident in which Evans reportedly waived a loaded gun in Wolf’s face and stuck the barrel in his mouth.

In 2013 a jury found 58 year old Randall Evans guilty in Daniel’s murder, though his body has never been found.

Prosecutors argued that Daniel was shot and killed in Evans’ kitchen in early May 2011.

Kathy Libby, who formerly lived with Evans, testified that she saw Randall shoot Daniel in the head, and that he remained gasping for air on the kitchen floor for 30-45 minutes.

Two of Evans’ friends also testified that he confessed to the murder.

Blood stains from Evans’ kitchen floor were linked to Daniel through DNA, and a bullet found in the patched ceiling matched Evans’ .45 caliber pistol.

The location of Daniel Lee Wolf’s body remains unknown, despite Randall Evans being found guilty of his murder.

His family is asking for help to find his remains so they can give him a final resting place.

Daniel has tattoos on both of his shoulders and is physically disabled due to cardiac problems.

If you have any information regarding the disappearance of Daniel Wolf please contact the Gentry County Sheriff’s Department at (660) 726-3721, or the TIPS Hotline at (816) 474-TIPS.

Daniel’s family is offering a reward for information that leads to recovery of his body.