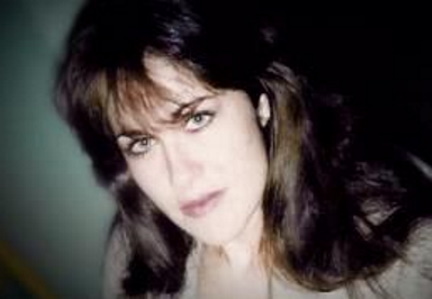 39 year old Dana Pastori was last seen in New Orleans, Louisiana on February 27, 2002. She disappeared after resigning from her job, telling friends she planned to leave New Orleans and move back to her hometown.

Pastori divorced her first husband in Santa Barbara, California. She became estranged from her two daughters by the courts after she had abducted them following Christmas 1995.

She told social workers that they suffered poor treatment from her ex-husband new wife. They moved from Ohio to Mexico, Puerto Rico, Florida, New Orleans and Seattle before the accusation was eventually proven to be false.

In the late 1990’s, Pastori started an on and off romantic relationship with John Henry Morgan in New Orleans, Louisiana. In November 2000 they moved into a second floor apartment on 735 Ursulines Street, near the French Quarter.

Over the next two years, both were employed at Quartermaster Deli, an eatery in the 1100 block of Bourbon Street, located next door to the apartment. Pastori worked as a late night shift waitress while Morgan delivered groceries on a bicycle.

In March 2002, Pastori resigned from her job at Quartermaster Deli and broke up with her boyfriend.

She told a friend that she planned to leave her life in New Orleans behind to move back to her hometown. For the next three years, Dana Pastori was never heard from again.

Pastori did not get into contact with her children, nor her parents with whom she was estranged. She also hadn’t filled a prescription for her medical condition since 2002.

Following Dana Pastori’s disappearance, Morgan would later tell inconsistent accounts of her whereabouts. One week before her disappearance, Pastori was said to have been involved in an automobile accident while visiting a friend and was hospitalized.

Morgan told her coworker that Pastori stayed with her mother in Ohio to recuperate from the car accident and was trying to get custody of her two daughters.

She would later travel to Prague, Czechoslovakia and decided to live in Europe as she longed to become a writer.

He told another friend that Pastori got a job as a dispatcher with the police and lived with her father in South Carolina.

On October 21, 2005, a decomposed mummified body was found by a landlord who was cleaning out debris from an apartment on 939 Elysian Fields Avenue in New Orleans, Louisiana following Hurricane Katrina.

The remains were stored in a gray and tan wood trunk in the storage room of the ground floor from the building. In July 2007, the body was positively identified as that of Dana Pastori

Police found identification cards, a passport, divorce records and other documents inside a small lock box in the apartment. The body was clothed in a shirt with a Lake City Police Department logo.

Upon interviewing the landlord, police learned that Dana Pastori’s former boyfriend, John Henry Morgan, resided in the second floor apartment of the same building since January 2005 with his then-girlfriend Tracey Greer.

Following Hurricane Katrina, Morgan left after receiving a $2,000 relief check from FEMA, leaving behind his property that was in the storage room.

On February 8 2008, Morgan was arrested in Charlotte, North Carolina where he had evacuated to following Hurricane Katrina. He was charged with second-degree murder in the death of Dana Pastori.

Morgan denied killing Pastori. He told police that Pastori was murdered by a drug dealer named Pepper for ratting him out, and that he was told to store the body in a wood trunk.

The coroner’s office determined the cause of death was homicide by strangulation, as evidenced by the curling iron electrical cord found still tangled around the neck of the body.

Police believe Pastori was murdered sometime in 2002 at Morgan’s former home on 735 Ursulines Street. He then dismembered her body and stored it into the trunk. Morgan kept the body in the trunk for three years, moving it from apartment to apartment.

On July 29, 2009, John Morgan was convicted in the murder of his former girlfriend, Dana Pastori. The jury deliberated for about 40 minutes before finding Morgan guilty of second-degree murder. He was sentenced to life in prison with no possibility of parole.

Who most often abducts kids ? If you think predators, wrong – Chicago Tribune 06/98
Man convicted of murdering girlfriend in mummy case – Nola 07/09
Mummy found in trunk in New Orleans house; former boyfriend on trial for murder – Nola 07/09
Mummy-case killer grins as he is sentenced to life in prison – Nola 08/09