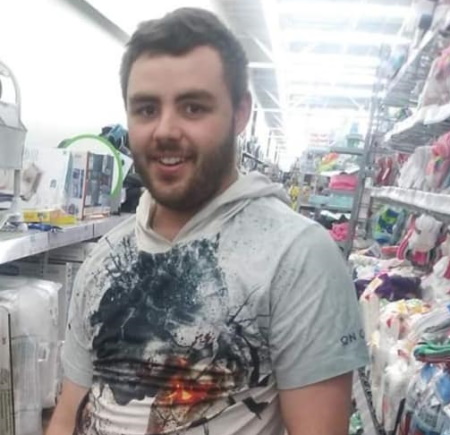 22 year old Dakota Clifford was last seen in Bryan, Ohio on March 13, 2022. He left home on foot that morning, and hasn’t been seen or heard from since.

On the morning of March 13, 2022, Dakota Clifford left his home in Bryan, Ohio on foot. He was carrying his cell phone and left sometime after 9:00 am. Dakota hasn’t been seen or heard from since.

He was reported missing to the Bryan Police Department when his family was unable to contact him.

Dakota had only his cell phone with him when he went missing. His wallet and ID were left behind at home.

In April 2022, a group of about 50 volunteers gathered at the Williams County East Annex Building in Bryan, Ohio to help search for Dakota. The volunteers were bussed to a search location, but no sign of Dakota was found.

According to Dakota’s family no law enforcement helped with the search.

At the time of his disappearance, Dakota had recently separated from the U.S. Army.

The location of Dakota Clifford, and circumstances surrounding his disappearance, remains unknown. His case remains unsolved. 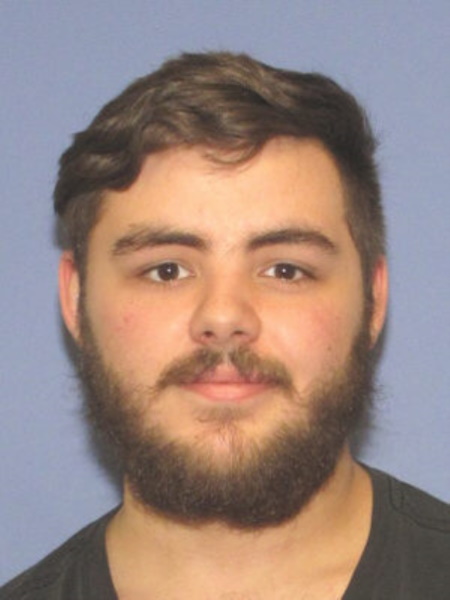 22 year old white male. Dakota has brown hair, brown eyes, stands 5’4 tall and weighs 165 pounds. He has a small scar near his eye on his right cheek.

If you have any information regarding the disappearance of Dakota Clifford please contact the Bryan Police Department at (419) 633-6050 or the We Help The Missing Tip Line at (866) 660-4025. 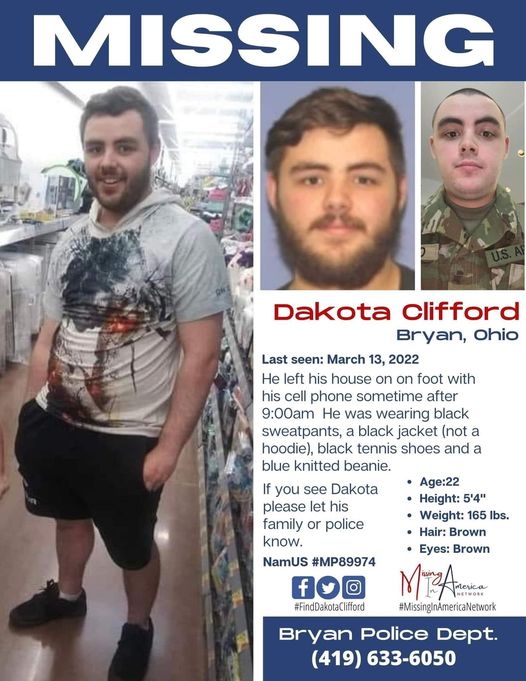