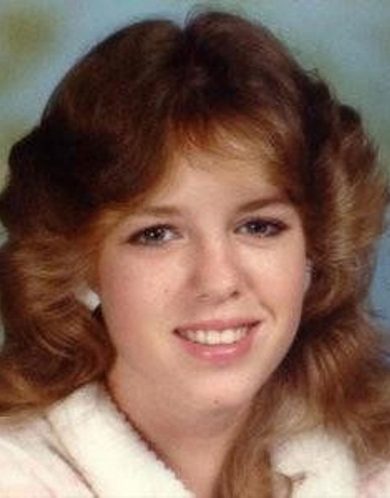 15-year-old Colleen Orsborn was last seen in Daytona Beach, Florida on March 15, 1984. She vanished shortly after skipping school in order to go to the beach.

Colleen Orsborn was born on March 3, 1969 to Frances Orsbon. She was the youngest of six siblings and lived in the family’s beachside home on Butler Boulevard in Daytona Beach, Florida.

At the time of her disappearance, Colleen was an eighth-grader at Campbell Junior High School. She previously attended St. Paul’s Catholic School but was later discharged for behavioral problems.

On the morning of March 15, 1984, Colleen left home to go to school. When she missed the school bus her mother gave her money before leaving for work so she could take a public county bus instead.

Colleen never arrived at school and was never heard from again.

Investigators believe Colleen never got on the bus and ended up skipping school to swim at the beach instead. The only clothes missing from her room were a pink bikini and a pair of flip flops.

In April 1984, a fisherman found a decomposed body in a shallow grave near a lake in Orange County, Florida. A knee was poking out of the ground, with faded pink nail polish on the fingers and toes.

The body was later ruled out as being that of Colleen. She had suffered a broken arm a couple of years prior to her disappearance, and the medical examiner could not find evidence of a healed break on the remains.

Furthermore, it was reported that the eyes were brown and the ears were not pierced while Colleen’s eyes were described as hazel and her ears had been pierced.

39-year-old Christophe Bernard Wilder was a successful real estate millionaire from Australia. He emigrated to the United States in 1969 and lived in Boynton Beach, Florida

During a six-week cross-country crime spree in early 1984, Wilder abducted and raped at least twelve women, killing at least eight of them.

On April 13, 1984, Wilder was eventually killed in a shootout with police. He was approached by two state troopers in Colebrook, New Hampshire, who had recognized him as being on the FBI’s 10 most wanted list.

On February 21, 2001, Colleen’s brother received an anonymous letter postmarked from Manchester, New Hampshire, from someone claiming to have killed Colleen Orsborn.

The handwritten letter, filled with misspellings, gave directions to an area along the Tomaka River off Route 415 in Daytona Beach where the girl’s body and clothes could be found. Investigators reviewed the letter but said the details were too vague to be of use.

The author claimed to be dying of cirrhosis of the liver and begged forgiveness. Colleen’s family drafted a response to the anonymous letter, hoping the person would respond with more precise information.

In March 2010, the long-unidentified girl discovered by the lake in Orange County, Florida in April 1984, who had been ruled out as Colleen three decades earlier, was confirmed to be Colleen Orsborn utilizing new DNA technology.

Police believe Colleen was one of the first victims of serial kill­er Christopher Wilder.