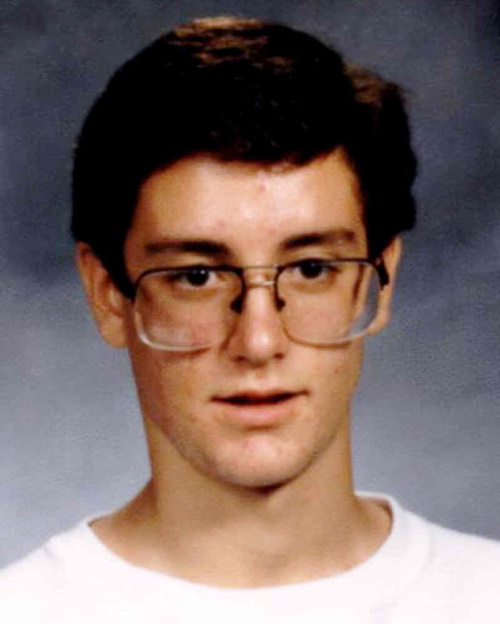 17 year old Christopher Kerze was last seen at his home in Eagan, Minnesota on April 20, 1990. He disappeared after telling his parents he wasn’t feeling well and was going to be staying home from school.

Christopher Matthew Kerze was born on February 19, 1973 to parents Jim and Loni Kerze.

Christoper attended high school in Eagan, Minnesota, and was known as an excellent student. He had had been invited to join the National Honor Society and was a National Scholar semi-finalist.

On the morning of April 20, 1990 Christopher Kerze told his parents he had a headache, and that he was going to be staying home from school.

His mother gave him some over the counter pain medication for his headache, before leaving him alone at home. His father was out of town on a business trip at the time.

When his parents returned home Christopher was nowhere to be found.

The family’s van, a light blue 1988 Dodge Caravan, was also gone, and the family dog was found running around loose in their yard.

They found a handwritten note on the kitchen table which read “Mom, something important came up + feeling somewhat better. Back by six. (Unless I get lost.) Love, Chris”

Chris never returned home that evening, and hasn’t been seen since.

The following day a handwritten note arrived at his parent’s house via USPS, postmarked from Duluth, Minnesota.

The note said that Christopher had lied about being sick in order use the van to go “to not even I know where.” It further stated that he intended to end his life and apologized to his loved ones

On the day of his disappearance Christopher withdrew $200 from his savings account.

His father’s shotgun, a Mossberg 20-gauge with a three-shell clip, was also discovered missing from the house, though no ammunition was taken.

On April 22, 1990, the family’s van was found abandoned abandoned along Minnesota 38 in Itasca County, about 20 miles north of Grand Rapids, Minnesota. An extensive search of the area found so signs of Christopher, but authorities did find the keys inside as well as a note explaining who owned the van.

It’s unknown why Christopher abandoned the van in that area, though his grandparents did live in the Grand Rapids area.

Shortly after his disappearance Christopher’s parents received a tip from someone claiming to have picked up a hitchhiker resembling Christopher who asked to be taken to Duluth, the place where the suicide note was mailed from. This story has not been verified.

In 2004 the Eagan Police Department received an anonymous letter suggesting they stop trying to find Christopher, and that he would return home when he was ready. Police were unable to determine if the letter actually came from Christopher.

The location of Christopher Kerze, and the circumstances surrounding his disappearance, remains unknown.

Police suspect Christopher Kerze committed suicide, and that the gun may have been abandoned somewhere in rural Minnesota.

His parents have kept the same phone number in case he still remembers it and decides to call home.

Caucasian male born on February 19, 1973 with brown hair and brown eyes. At the time of his disappearance, he stood 5’11 and weighed 135 pounds.

He has a small scar in his hairline on the left front side of his head, and a small red birthmark on the bottom of his foot.

His nicknames are Chris and Rick-O. He is allergic to sulpha drugs.

If you have any information regarding the disappearance of Christopher Kerze please contact the Eagan Police Department at (612) 454-3900.