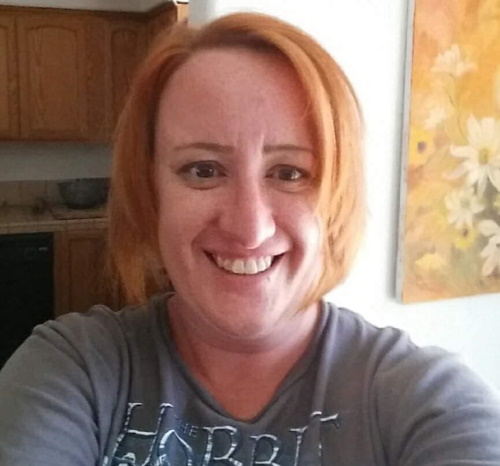 34 year old Christina Bastian was last seen in Apple Valley, California on November 1, 2015. She disappeared after leaving her friends’ house in the early hours of the morning.

About ten years before her disappearance, Bastian was diagnosed with bipolar disorder, a condition for which she took medication and was reportedly stable.

In the summer of 2015, Bastian decided to get off her medication with the approval of her physician and family, as she had gained considerable weight from that particular medication and it had raised her cholesterol levels.

For a few months Bastian remained stable and thought “God had healed her”. As a devout christian, she also considered being off the medication as a “sort of test of faith.”

At the time of her disappearance, Bastian worked at Silverado High School in Victorville, California. She was a recent college graduate and was teaching her first year as a 9th and 10th grade English teacher.

Bastian lived in an apartment on Laguna Road in Apple Valley, California, near her mother and four younger sisters. She was saving to buy a home while finishing classes towards her Master’s degree. She enjoyed writing fictional stories and was a strong Christian believer.

In the weeks leading up to her disappearance, Bastian was reportedly feeling uneasy due to a car accident that left her vehicle totaled, the two-year anniversary of her grandmother’s death, and several other factors.

On October 29, 2015, Bastian was the victim of an attempted break-in at her Laguna Road apartment in Apple Valley. Following the incident, she started to exhibit increasingly erratic behavior and became frightened of staying in her apartment.

On October 30, 2015, Bastian took a few days off of work with plans to return the following week. As her paranoia increased, she packed up belongings from her apartment and moved into a relatives’ home.

On October 31, 2015, Bastian called her mother in the morning from Phoenix, Arizona. She told her that she had removed her phone’s SIM card and smashed the phone before driving 700 miles from Apple Valley, California to Arizona.

That afternoon, Bastian returned to attend the Harvest Festival for community children with family members at the Apple Valley Faith Center, where her mother is a senior pastor.

At the church, Bastian reportedly told her brother-in-law that she “didn’t want to be Christina Bastian anymore” and “wanted to disappear.” She also considered taking a long break from her job in an attempt to figure out what to do with her life.

When the event ended, Bastian drove to a female friend’s house in Apple Valley, where she was supposed to stay for the night. Her truck was loaded with personal belongings that she had previously packed from her apartment.

On November 1, 2015, Bastian suddenly left her friend’s house around 1:45 am. She took her white and tan Maltipoo dog named Coco with her before driving away in her truck.

Bastian never returned, and has not been heard from since. She disappeared without her wallet, license, bank cards, and eyeglasses, all of which she left behind at her friend’s house.

On November 2, 2015, Bastian’s mother grew concerned when she received a call from someone who found some of Christina’s belongings strewn along Highway 247 near Lucerne Valley. She subsequently filed a missing person’s report with the Apple Valley Police Department.

On November 1, 2015, California Highway Patrol found some of Christina’s belongings on the roadway near Highway 247 and Bodick Road in Johnson Valley, California.

The items, which included her cell phone, an expensive electric guitar, checks, artwork, pictures, and other important personal belongings appeared to have been tossed out of a vehicle window on the road.

On November 2, 2015, Bastian’s vehicle, a silver two-door 1500 Dodge Ram pickup truck, was found abandoned around 7:00 pm on a dirt road off Highway 62 in Morongo Valley, California. The truck, purchased the week prior, had scratches and dents on both sides, seemingly from being driven over rough desert terrain.

On November 11, 2015, a backpack containing pictures, medication, bills, and other items was found on a dirt road near Bear Valley Road and Central Roads. A bumper believed to be from her truck was also found along with the backpack.

On November 24, 2015, a relative identified Bastian’s white and tan maltipoo dog in a local webpage for lost pets. Her family learned that the dog, which was in good health, had been found by a woman on November 1 along Highway 18, near the intersection of Bear Valley Road.

The circumstances of Christina Bastian’s disappearance remain unclear and her case is currently classified as missing. Her case remains unsolved. 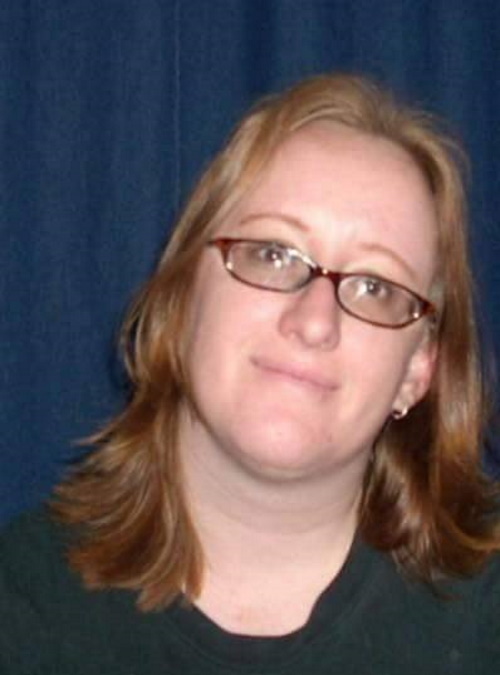 Distinctive Physical Features:
Christina has a tattoo on her left ankle and foot of a cherry blossom with the Chinese symbol for love in the center. She has a scar on her thumb, and a scar on her right eyebrow from a previous piercing. Her ears are pierced in the lobes and upper cartilage.

Christina has extremely poor vision and was required to wear her prescription eyeglasses or contacts, which she left behind.