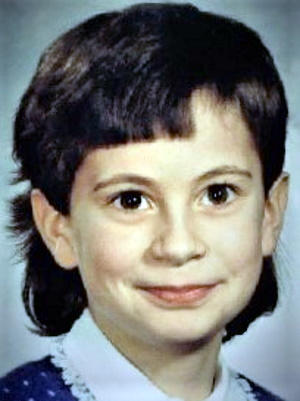 8 year old Cherrie Mahan was last seen exiting her school bus near her home in Winfield Township, Pennsylvania on February 22, 1985. Cherrie never made it home, and has never been seen again.

Cherrie Ann Mahan was born in Saxonburg, Pennsylvania on August 14, 1976 to mother Janice Mahan, who was just 16 years old when Cherrie was born.

Janice later married LeRoy McKinney who accepted Cherrie as his step-daughter. In 1984 the family moved to to a home on Cornplanter Road in Butler County, Pennsylvania.

At the time of her disappearance, Cherrie attended Winfield Elementary School, where she was regarded as a popular, bright and happy child.

On the morning of February 22, 1985, Cherrie’s mother Janice accompanied her to the bus stop, approximately 50 yards away from their home.

Cherrie was excited, as her mother was planning on taking her on a play date when she returned home from school.

After school Cherrie exited the school bus with three friends at approximately 4:10 pm. Her friends got into a car driven by the mother of one of the girls, while Cherrie headed home on foot.

Cherrie was then observed walking past a blue/green van that was parked near the bus stop, before turning the corner to walk up the driveway to her home.

About 10 minutes after the school bus stopped outside their home and she still hadn’t returned, her stepfather went out to look for her. After being unable to find her he called the police to report her missing at approximately 5:00 pm.

Upon being reported missing police searched the area around Cherrie’s home for days, with the assistance of helicopters, bloodhounds, and 250 volunteers.

The bright blue or green 1976 Dodge van that was seen at the bus stop at the time Cherrie went missing may be connected to her case, though the van or person driving it has never been identified.

According to children on the bus, the van had been following behind the bus, and had murals of a snow capped mountain and skier wearing red and yellow clothing on both sides.

An unidentified small blue car was also observed near the bus stop that day, but it is unknown if it had anything to do with her case.

Cherrie’s mother Janice later revealed that Cherrie was conceived through rape, and later went on to believe people involved with Cherrie’s father may be responsible for her disappearance.

Cherrie’s biological father has never been charged in connection with her disappearance and maintains his innocence.

In November of 1998 Cherrie was declared legally dead, and her family set up a trust fund in Cherrie’s name that could be transferred to her younger brother Robert who was born four years after her disappearance.

In 2014 authorities received a tip that Cherrie was alive and living under a different name in Michigan, but DNA testing confirmed it was not her.

In November of 2015 cadaver dogs were sent to search a property in Winfield based on a tip they’d received, but no sign of Cherrie was found.

The location of Cherrie Mahan, and the circumstances regarding her disappearance remains unknown.

Authorities believe Cherrie was kidnapped, though no person if interest has ever been named in her case.

Despite the many tips authorities have received over the years, investigators have no new leads in her disappearance. 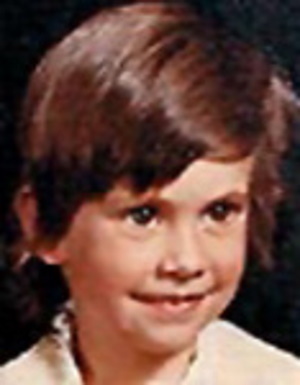 Caucasian female born on August 14, 1976 with brown hair and hazel eyes. Cherrie stood 4’2 and weighed 68 pounds when she disappeared.

Cherrie’s ears are pierced, and she has a dog bite scar on her left arm. Her left arm had previously been broken below her left shoulder, but had healed by the time of her disappearance.

If you have any information regarding the disappearance of Cherrie Mahan please contact the Pennsylvania State Police Missing Persons Unity at (412) 284-8100.