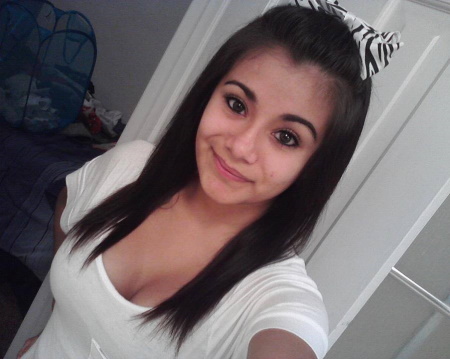 Carlos Rodriquez pleaded guilty to the 2013 murder of Zoe Campos on Monday. Rodriquez elected to have a jury determine his sentence and faces 5-99 years in prison.

Update: Rodriquez was sentenced to life in prison for the murder of Zoe Campos. He will be eligible for parole after 30 years.

18 year old Zoe Campos was last seen on the evening of Sunday November 17, 2013 in Lubbock, Texas.

At 2:20 am on November 18, Zoe texted her mother telling her that she was on her way to pick her up from work on East 34 Street. The drive should have taken her 10 minutes, but Zoe never showed up and hasn’t been heard from since.

On November 16, 2018, Zoe’s remains were found buried in the backyard of a home in the 1900 block of 70th Street in Lubbock. The home was previously occupied by 25 year old Carlos Andrew Rodriquez who was taken into custody and charged in connection with her death.

Details from a warrant released on November 20, 2018 state that Rodriquez confessed to strangling Zoe to death. Afterwards he dug a shallow grave next to his porch, then drove her car to the Driftwood Apartments and abandoned it.

In his confession letter Rodriquez says he met Zoe on November 17, 2013, and felt an immediate attraction to her. He claims they smoked synthetic marijuana together, which resulted in him hallucinating that Zoe was a demon leading him to attack her.