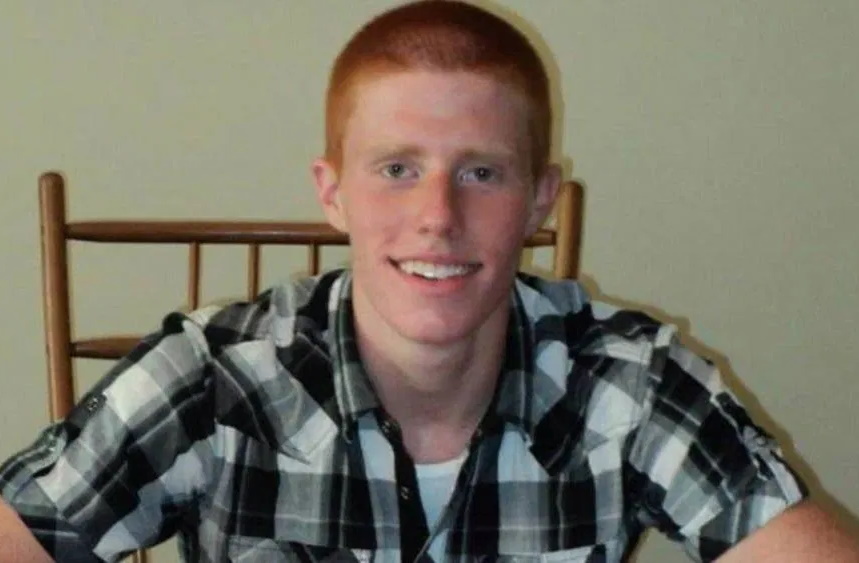 19 year old Bryce Laspisa was last seen in Castaic, California on August 30, 2013. He disappeared while driving to visit his family in Laguna Niguel, California. Bryce never made it to his family home, and has never been heard from again.

His car was found abandoned in a ravine off Lake Hughes Road near Castaic Lake a day later, but Bryce Laspisa was nowhere to be found.

Bryce David Laspisa was born on April 30, 1994 to parents Mike and Karen Laspisa. He was their only child, and raised in the Chicago suburbs of Illinois.

Bryce graduated from Naperville Central High School in 2012, and when his parents retired the family moved to Laguna Niguel, California.

Bryce was studying graphic and industrial design at Sierra College in northern California, earning credits in the hopes of transferring to a four-year university.

At the time of his disappearance Bryce was beginning his sophomore year at Sierra College and had a girlfriend named Kim Sly.

On August 27, 2013, Bryce Laspisa broke up with his girlfriend Kim by sending her a text message stating she’d be better off without him.

She recalled his behavior as being strange and unwell that night. He had also given away his personal belongings to friends, including diamond earrings he had gotten from his mother and his gaming console.

On August 28, 2013, shortly before 11:30 p.m, Bryce left Kim’s apartment in the city of Chico and was assumed to be driving back home to college.

Around midnight on August 29, 2013, his parents were notified by their credit card company that a card in their name had been used for roadside service in Buttonwillow, California, located off Interstate 5.

Bryce was thus believed to be driving back to visit his family home in Laguna Niguel, California, which was three and a half hours from Buttonwillow.

Growing concerned over her son’s well being after he never made it to their home, Bryce’s mother called the Orange County Sheriff’s Department at around 6:00 p.m. They found him eight miles away from the location where he had been serviced for the gas in Buttonwillow, Kern County.

Bryce passed a sobriety test, and reluctantly called his mother, reassuring her he was coming back soon.

On August 30, 2013, his mother received a call from Bryce shortly before 2:08 a.m. He told his mother that he was too tired to drive, and that he was going to pull over for the night. This was the last time Bryce was heard from.

Three hours later, at approximately 5:30 am, his 2003 beige Toyota Highlander SUV was found abandoned at the bottom of a 15-foot ravine off Lake Hughes Road near Castaic Lake. A caller reported the vehicle to the California Highway Patrol, who then notified Bryce’s parents at their home in Laguna Niguel.

The vehicle was overturned on the side of Main Ramp Road, about 100 feet from Lake Hughes Road, with the rear windshield broken out and some blood found inside.

Bryce’s personal belongings, including his ID, cell phone, wallet and laptop computer were left behind in the car, but he was nowhere to be found.

An extensive search around the area where the car was found abandoned was conducted with the help of volunteers, rescue teams, search dogs, and police divers, but turned up no sign of Bryce after more than two weeks of searching.

Surveillance footage near the ravine off Lake Hughes Road captured his car on two separate occasions on August 30, 2013, at 2:15 a.m and 4:29 a.m precisely. The first picture was taken just seven minutes after Bryce made the call to his mother on that day when he claimed to be pulling over to rest.

With no body found at the car crash scene, authorities believe Bryce Laspisa walked away from the accident. Search dogs later picked up a scent trail leading away from the lake on the west side toward a truck stop on Castaic Road, nine days after Bryce went missing.

The police search for Bryce Laspisa uncovered several erratic behaviors that may indicate he had been experiencing a crisis upon returning to college for his sophomore year.

Bryce’s roommate, Sean Dixon, claimed he was drinking more recklessly, and was using prescription ADHD drugs while playing video games late at night. He also abruptly ended his relationship with his girlfriend Kim the day before he disappeared.

Police found no evidence, means or motive of foul play in Bryce Laspisa’s disappearance. There was also no indication that he died by suicide, as his body was never found at the lake where his car was abandoned.

A $5,000 reward is being offered by the family for any information leading to the safe return of their son Bryce.

The circumstances of Bryce Laspisa’s disappearance remain unclear, and his case is currently classified as missing. His case remains unsolved. 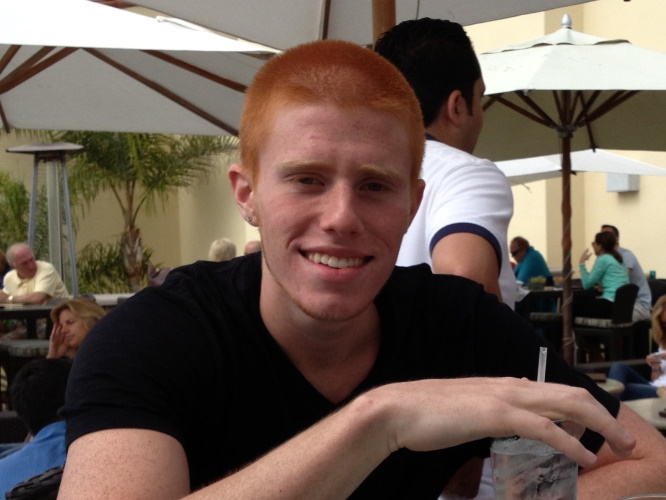 His ears are pierced and he has a tattoo of a Taurus bull head on his left shoulder.

If you have any information regarding the disappearance of Bryce Laspisa please contact the Los Angeles County Sheriff’s Office (323) 890-5500 or call the family tip line at (949) 292-4400. Mail can also be sent to: findbrycelaspisa@gmail.com.