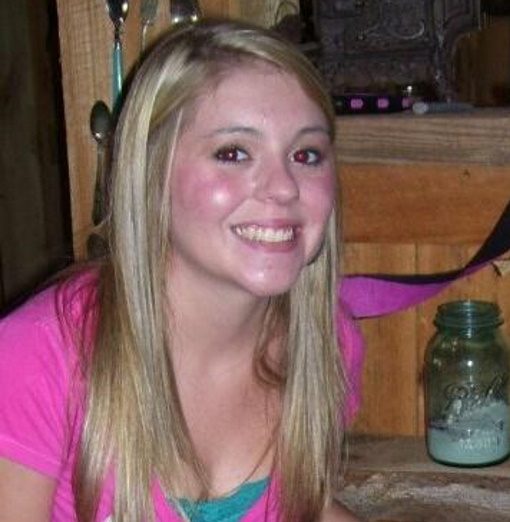 She was last seen at a home in the 100 block of Dillon Court, and was thought to have been staying there. The homeowner left the house, and upon his return at 7:00 am discovered the home on fire and Brookelyn missing.

Brookelyn Shae Farthing was born on August 26, 1994. She lived in Berea, Kentucky with her mother Shelby Walker, her stepfather Randall Walker, and her two sisters Tasha Thomas and Paige Farthing.

She was a graduate of Madison Southern High School. She was a Girl Scout for much of her life, and as a member she made care kits for those affected by Hurricane Katrina and visited the elderly.

According to her sister, Brookelyn was “a spunky, tell you how it is, loveable person. She loved animals and the outdoors.”

On June 21, 2013 Brookelyn and her sister Paige took their driving tests. Brookelyn passed the test and Paige did not, which became a running joke for the family.

That evening the family attended their Papaw’s 70th birthday party. Afterward the sisters attended another birthday party out on Red Lick Road, along with a cousin.

Between 7:00 and 8:00 pm, Paige and the cousin left the party while Brookelyn stayed behind, as she had made plans to stay the night with a friend who was there.

The friend who Brookelyn planned to stay with that night wanted to spend the night at a boy’s house, but Brookelyn was uncomfortable with the idea. The two argued, and the friend ended up leaving the party while Brookelyn stayed behind.

When the party was ending, witnesses saw Brookelyn catch a ride with two young men.

One of the men was dropped off at home, while the other man, Joshua Hensley, took Brookelyn back to his home on Dillon Court. The house was in foreclosure, and had no running water or electricity at the time.

Brookelyn called her sister Paige around 4:00 am on June 22, asking if there was any way their cousin could pick her up, but the cousin had been drinking and was unable to do so. Not wanting to wake her mother up to come get her, she told her sister she was going to get a hold of her ex-fiance to come get her.

Brookelyn contacted her ex, and he agreed to come get her after he was done with his work shift. But sometime after 4:00 am she sent him several texts, asking him to “Please hurry,” and saying “I’m scared.”

The last text from her phone was sent at 5:30 am., saying “Never mind, I’m okay. I’m going to a party in Rockcastle County.” Her ex-fiance asked who she was going to be with, but she never responded.

Paige told the family that Brookelyn’s friend said she had left with Joshua Hensley. Paige obtained his phone number and her other sister Tasha called, telling him they were worried since no one could get a hold of Brookelyn.

He said that yes she was staying at his house, but he left to go put his horses back up because he wasn’t comfortable being there since he was friends with her ex-boyfriend.

He said no one had come to pick her up, but he did hear her talking about a party in Rockcastle County. He said Brookelyn was on the couch smoking when he left.

When Hensley returned at 7:00 am the house was on fire and Brookelyn was missing. Her belongings from her overnight bag were left behind, but her cell phone was missing.

Brookelyn’s family reported her missing, and then headed over to the house on Dillon Court to search it themselves. They found her belongings out on the front porch, including her shoes.

Large scale searches were conducted in the Red Lick area by police, people on horses, and search dogs, but turned up no sign of her. Three weeks after her disappearance, nearly 200 volunteers searched an area within 1.5 miles of her last known location.

It was determined that the house fire began on the couch, and was ruled suspicious. The owner of the home was in the process of moving, and the utilities and electricity to the house had been turned off for weeks.

In July 2013, searches for Brookelyn were called off.

Joshua Hensley has never been charged in Brookelyn Farthing’s disappearance, or named as a suspect.

Investigators believe Farthing may have been taken against her will, and think the last message sent from her phone may have been sent by someone else.

Brookelyn’s family doesn’t believe she would have left without her belongings, and say she had no reason to walk away from her life. Her case remains unsolved. 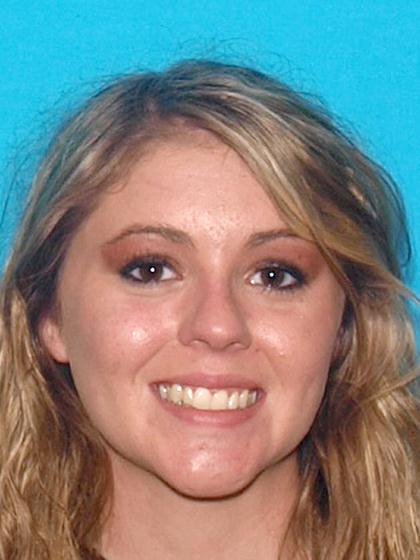 Brookelyn Farthing is a Caucasian female born on August 26, 1994. She is 5’1, weighs 105 pounds, and has blonde hair and brown eyes. Her ears are pierced and she has a birthmark on her left hip.

She was last seen wearing a gray t-shirt with the Madison County FFA (Future Farmers of America) logo and light blue denim shorts.

If you have any information regarding the disappearance of Brookelyn Farthing please contact the Kentucky State Police at (859) 623-2404 or (800) 222-5555, or the National Center for Missing & Exploited Children at (800) THE-LOST.

There is a $14,000 reward being offered for information leading to the return of Brookelyn Farthing, or capture and conviction of those responsible for her disappearance.