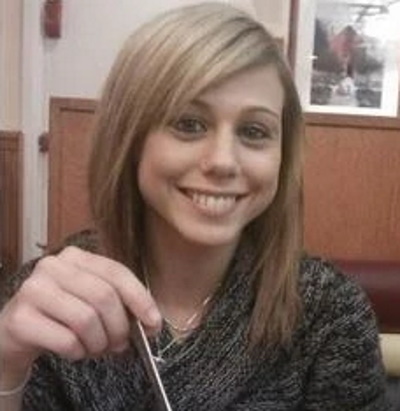 Brittanee Drexel was born on October 7, 1991, in Rochester, New York, to parents Dawn Drexel and a man of Turkish descent. When she was a toddler, her mother married Chad Drexel, who adopted her.

She had two younger siblings and lived with her family in the Rochester suburb of Chili, New York. In 2008, her mother and step-father separated and filed for divorce. Her parents’ separation affected her academic performance and it aggravated her depression.

At the time of her disappearance, Brittanee was a junior at Gates-Chili High School and played for the soccer team where she was a star player. She studied cosmetology and also aspired to be a model or a nurse. She had a boyfriend of three years, John Grieco.

Brittanee has persistent hyperplastic primary vitreous, a condition that makes her blind in her right eye. She wore blue-tinted contact lenses to keep both eyes looking the same.

On April 23, 2009, Brittanee called her mother upon her arrival at the Bar Harbor Hotel at 1010 North Ocean Boulevard in Myrtle Beach, South Carolina. She said that she was at the beach with friends, which her mother assumed was at nearby Charlotte Beach in New York State.

That evening, Brittanee headed out alone from the Bar Harbor Hotel around 8:00 pm to meet a friend who was staying at Blue Water Resort, about one and a half miles south of the boulevard.

On April 27, 2009, two days after Brittanee Drexel’s disappearance, Brown went to a “stash house” about sixty miles south of Myrtle Beach in McClellanville, South Carolina, to make a payment to a local drug dealer, Shaun Taylor.

A few days later, Brown said the men shot and killed Brittanee Drexel when she tried to escape. They wrapped her body and dumped her into an alligator-infested swamp near McClellanville.

Despite Brown’s confession, investigators have not been able to generate any evidence or cooperation from others who reportedly saw Brittanee Drexel. Searches into McClellanville’s alligator ponds and the house where she was supposedly held turned up nothing.

In 2016, 25 year old Timothy Da’Shaun Taylor was charged with interference of interstate commerce by threat or violence in a 2011 attempted armed robbery of a Mcdonald’s restaurant in Mount Pleasant, where he was the getaway driver.

Taylor was sentenced by a state court to eighteen months of probation, which he completed. However, federal authorities later pursued charges against Taylor for the same armed robbery citing dual sovereignty doctrine, hoping he would talk about Brittanee Drexel’s disappearance.

Taylor maintained his innocence in Drexel’s presumed murder. He denied ever meeting Brittanee Drexel, and also claimed he had never seen Taquan Brown. In March 2018, he took a lie detector test, which he failed.

On December 9, 2019, Timothy Da’Shaun Taylor was sentenced to three years of probation and received no additional prison time. He pleaded guilty to one of the federal charges in exchange for probation.

Taylor has not been charged in connection with Brittanee Drexel’s disappearance.

Authorities have not announced further details on his obstruction charge, and whether or not it’s related to Brittanee’s case.

Brittanee Drexel’s remains were found on May 11, 2022, in Georgetown, South Carolina.

On May 16, 2022, the Georgetown County Sherriff’s Office confirmed that the remains they recovered the previous week belonged to Drexel.

Raymond Moody has been charged with rape, kidnapping, and murder in her disappearance and remains in custody.

Investigators believe Moody strangled Drexel, but due to the condition of her remains manual strangulation was not able to be confirmed by the coroner.

On October 19, 2022, Raymond Moody pleaded guilty to the kidnapping, rape, and murder of Brittanee Drexel. He was sentenced to life in prison for murder, plus consecutive 30 year sentences for kidnapping and for rape. 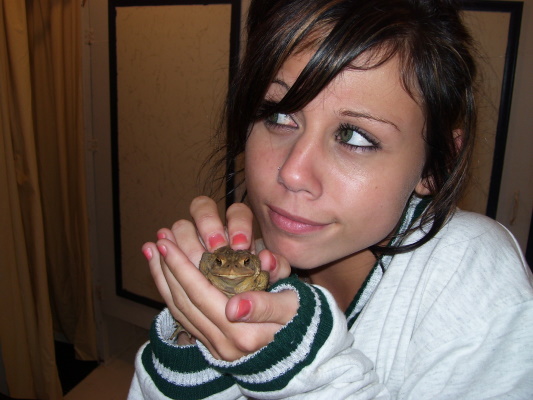 At the time of her disappearance, she had blonde highlights in her hair. She is 5’0 tall and weighs 103 pounds.

Clothing and accessories:
She was last seen wearing a white, teal and gray spaghetti-strap top, black shorts and white or silver flip-flops.

If you have any information regarding the disappearance of Brittanee Drexel please contact the Myrtle Beach Police Department at (843) 918-1000, or call the FBI tip line at 1-800-CALL-FBI.