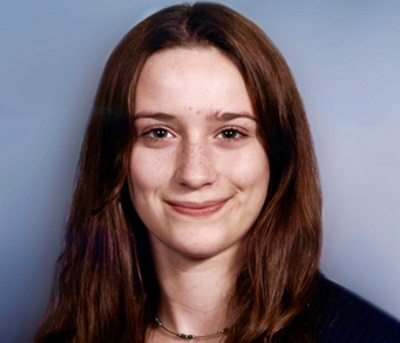 17-year-old Brianna Maitland was last seen in Montgomery, Vermont on March 19, 2004. She disappeared after leaving her job at The Black Lantern Inn in her 1985 Oldsmobile 88. Brianna hasn’t been seen or heard from since.

Brianna Maitland was born on October 8, 1986 in Burlington, Vermont, to parents Bruce and Kellie Maitland. She is the youngest of two children, and grew up on a farm in East Franklin, Vermont.

In October 2003, Brianna moved out of her families farm and enrolled in her friends’ high school, 15 miles away. Described as a fiercely independent young woman, Brianna was unhappy in her rural surroundings and wanted more independence to experience life on her own.

By February 2004, Brianna had dropped out of high school but was attending a GED program with the hope of going to college part-time. At the time of her disappearance, she lived with her childhood friend in Sheldon, Vermont.

To support herself, Brianna was working two jobs: as a dishwasher at the Black Lantern Inn, a local bed and breakfast in Montgomery, and as a waitress at KJ’s Diner in St. Albans, Vermont.

Three weeks before her disappearance, Brianna was reportedly attacked by a female acquaintance while at a party. Despite having several years of martial arts training in jiu jitsu, Brianna did not try to defend herself. The reasons for the assault remained unclear.

Brianna received treatment for two black eyes, facial cuts, a concussion, and a broken nose at the hospital. A criminal complaint against her alleged attacker was still pending when Brianna vanished.

On the morning of March 19, 2004, Brianna passed her GED examination and went out for breakfast with her mother to celebrate. They spent the afternoon shopping and discussed her plans for college.

Around 3:30 pm, Brianna was dropped back off at her residence. Before leaving for work, she left a note to her roommate saying she would be home that evening after her shift.

That evening, Brianna went to work at the Black Lantern Inn. After her shift her coworkers asked her to have dinner with them. Brianna declined as she had to get up early for her second job at KJ’s Diner in St. Albans the following morning.

Around 11:20 pm, she left in her 1985 Oldsmobile 88 to drive home to Swanton. Brianna never returned home, and has not been heard from again.

Brianna’s roommate was away visiting family at the time, and did not immediately notice her note.

On March 23, 2004, her parents filed a missing persons report to the Vermont State Police when they weren’t able to contact her.

On March 20, 2004, Brianna’s vehicle, a 1985 green four-door Oldsmobile Delta 88 sedan was found abandoned on the property known as the “Old Dutchburn Barn,” off East Berkshire Road and Route 118, about a mile outside of Montgomery, Vermont.

The car was discovered backed up onto the outside wall of the barn on an abandoned farm, with minor damage on the rear bumper and the rear wheels of the car raised. The doors to the car were unlocked, despite the missing keys.

When police checked the vehicle’s registration, the registered owner was Brianna’s mother. As the paychecks found inside the vehicle were Brianna’s, they assumed she was the primary driver. They went to follow up with her workplace at the Black Lantern Inn, but the establishment was closed.

Police officers, along with search teams, scent-tracking dogs, helicopters, and volunteers combed the woods near where her car was found, but no trace of Brianna Maitland was found.

Foul play wasn’t initially considered in Brianna Matiland’s disappearance as there were no signs of a violent confrontation at the scene where her car was found. Throughout the years investigators have pursued multiple leads, but none have led to Brianna.

In 2022, investigators announced they were able to identify the source of the DNA left on an “item of interest” found near Brianna’s car.

The DNA found near her car was originally submitted through a FBI database and compared with 11 individuals, but did not return any matches.

In the fall of 2020 the DNA was sent to a sequencing laboratory in Texas which identified a number of possible matches that police were able to interview and collect DNA samples from.

The sample has since been matched to a person whose identify is not being released by authorities, who state the new information does not mean a suspect has been identified.

Foul play is suspected in Brianna Maitland’s disappearance, and authorities believe she might have been taken against her will by a stranger.

A reward of up to $5,000 is being offered by the Vermont State Police for information leading to a resolution to the case and/or the arrest and conviction of those responsible.

The circumstances regarding Brianna Maitland’s disappearance remain unclear, and her case is currently classified as missing. Her case remains unsolved. 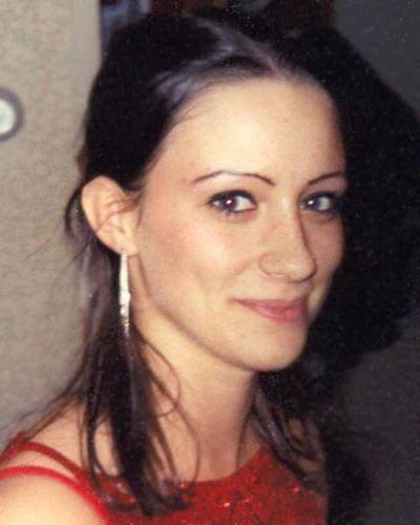 Distinctive Physical Features:
Brianna has a scar on her forehead near her left eyebrow. Her left nostril is pierced and she usually wears a stud in it.

Clothing and accessories:
She wears contact lenses, but they were left behind in her car at the time of her disappearance.

If you have any information regarding the disappearance of Brianna Maitland please contact the Vermont State Police at (802)-524-5993 or the State Police Crime Information Tip Line at (802)-241-5355.