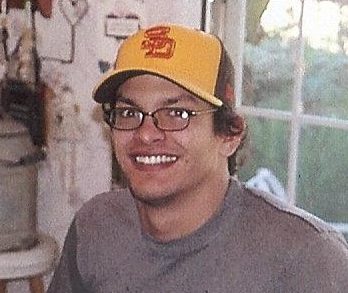 24 year old Brian Barton was last seen in Federal Way, Washington on March 10, 2005. He disappeared after quitting his punk rock band and breaking up with his girlfriend.

Brian Barton was born on August 6, 1979, in California. At age two, he was adopted by parents Maureen and Brian Barton. He has two brothers.

In 1997, Barton graduated from Buena Vista Highschool in Vista, California. When he turned 21, Barton moved to Seattle with a friend and soon became involved in the music scene of the city, home of grunge music.

Barton joined the punk rock band As Fate Would Have It as the lead guitarist. Within four years, the band quickly enjoyed success and popularity in Seattle. In 2005, they entered a contest in a battle of the bands, where they outperformed numerous groups.

Following the contest, they were chosen to join a tour in Los Angeles by the creators of Taste of Chaos Tour.

At the time of his disappearance, Barton was in an on-and off relationship with girlfriend Breanna Duvall for about a year. The band considered their relationship a hindrance to their success.

On March 8, 2005, Barton called his girlfriend, and following a long discussion over the phone, they decided to break up. However, the couple got back together within a day and Barton subsequently quit his band, dropping out of the tour inexplicably.

On March 10, 2005, Barton went to work at a plastic molding manufacturer and cashed his paycheck.

At 4:00 pm, Barton went for an appointment with a counselor that he had been seeing upon recently learning of his adoption. They discussed his childhood and his relationship with his girlfriend.

Following the appointment, Barton’s girlfriend tried to contact him around 5:00 pm, but all calls to his cellphone went to voicemail. Brian Barton has not been heard or seen from again.

Growing concerned, his girlfriend left work early to go check on him at their apartment in the 1300 block of Southwest Campus Drive in Federal Way, Washington. His truck was parked in the driveway, but no signs of Barton were found.

She filed a missing persons report that evening when he did not return.

Barton left behind his keys and his powered off cell phone inside his vehicle. His wallet containing about $800 in cash and his work clothes were discovered inside his apartment. There’s been no activity on his bank accounts since he went missing.

On July 29, 2017, skeletal remains were uncovered by church members during a routine clean up of the property behind Evergreen Bible Chapel, in Federal Way, Washington.

The church was located in the 34000 block of 21st Avenue Southwest, within a mile of where Barton lived.

On August 4, 2017, the body was positively identified as Brian Roy Barton. A preliminary examination by the King County Medical Examiner’s Office found no evidence of foul play in the death.

If you have any information regarding the disappearance of Brian Barton please contact the Federal Way Police Department (253) 835-6700.