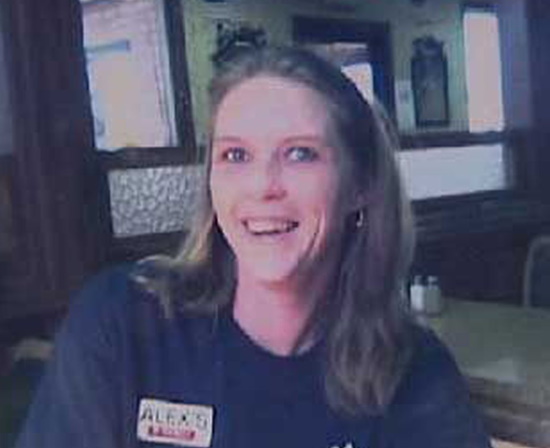 She disappeared from her apartment on Florida Avenue that evening and has never been heard from again.

Brandy Renee Hanna was born on November 16, 1972 to Donna Parent.

As the oldest of 3 children and the only daughter, Hanna had a close relationship with her mother. Described as a shy and quiet person, she was said to have a small circle of friends, and spent her time at home when she wasn’t at work.

In March 2005, Hanna started work as a waitress at Alex’s restaurant on Dorchester Road where her mother was also a manager.

Hanna had been in a six year relationship with Michael Ray McAdams, but broke up with him when she became romantically involved with Garland “Zeke” Lankford. Lankford was a friend of McAdams who lived at their place after leaving his wife and kids.

In April 2005, Hanna moved out with Lankford. They moved into an apartment closer to her workplace, in the 3300 block of Florida Avenue in Charleston. The new neighborhood was said to be associated with drugs and crime.

In May 2005, less than a month after moving in, Lankford ended their relationship, deciding to get back together with his wife and kids. At the time of her disappearance, Hanna lived alone in the apartment off Florida Avenue in Charleston, South Carolina.

Hanna did not own a car, and her driver’s license had been suspended several years prior to her disappearance.

Andy Ragnow, a retired cop who drove people around for a few dollars, picked her up from the restaurant and gave her a ride home. This was the last time anyone saw her.

Hanna spoke to her mother on the phone around 5:50 pm. She later texted her friend Amy around 8:00 pm, talking about their plans to go shopping for a bathing suit for their weekend trip to the beach.

Around 10:19 p.m, phone records show that Hanna’s last text message was to her ex-boyfriend, Garland Lankford.

Shortly after 10:30 pm, Hanna’s friend Amy showed up at her apartment, but was surprised when she didn’t answer at the door. The lights inside the house were turned off, but she could hear sounds coming from the TV.

She called Hanna’s phone, and heard ringing coming from inside the apartment. Assuming Hanna was most likely asleep, Amy eventually left.

On May 23, 2005, her mother grew concerned after receiving a call from Hanna’s workplace saying she was absent that day. She called the police, but they were hesitant to investigate a missing adult as no evidence of foul play was brought up.

She called Hanna’s ex-boyfriend Lankford and they agreed to go check on her together as he had kept a key to their apartment. When she arrived, Lankford was already inside the apartment, but Hanna was nowhere to be seen.

The cup of tea Hanna had taken from work the previous Friday was still sitting on the table of the living room, and her blanket was on the couch. Her clothing and money were also left behind. Hanna’s prepaid phone was left charging beside her bed, but her other cell phone was missing.

On May 27, 2005, Hanna’s mother filed a missing person report with the North Charleston Police Department who began the investigation.

On the day of her disappearance, a customer recalled Hanna getting a call on the restaurant’s phone during her shift. She was reportedly upset and frightened of someone, but would not say who it was.

A female neighbor witnessed Hanna getting into a red pickup truck on the evening of May 20, 2005, sometime between 9:00 and 9:30 pm. The vehicle was described as a red truck with white stripes on the side and a white hockey mask strapped to the front.

Hanna’s ex-boyfriends, McAdams and Lankford, both drove red trucks that were company vehicles for the plumbing company they worked at. Investigators brought them in for questioning and gave them polygraph tests, which both of them passed.

Shoes found in the old Navy base in North Charleston, 2011

Investigators discovered a white Nike tennis shoe in the area of the old Navy base near Riverfront Park in North Charleston in May 2011.

Police could not find any physical evidence that positively confirmed the shoe as belonging to Hanna, but it was the same shoe she was last seen wearing at work on the day she disappeared. The white Nike sneaker in size 10 with light blue trim had a manufacturing date from 2005 on it.

Lankford was charged with obstruction of justice in Hanna’s disappearance in December 2016, after making several statements that contradicted earlier information he had given police.

Lankford initially told investigators he was working late the night she disappeared, but his time sheet from work showed he had clocked out at 4:00 pm. Authorities also discovered through his phone records that Lankford talked to Hanna from 5:08 pm to 5:36 pm that evening.

Lankford later altered his original statement and told investigators he visited Hanna’s apartment and spent time with her in the hours before she disappeared.

He also admitted to being the source of anonymous tip calls to the North Charleston City Hall, six days after Hanna’s disappearance.

In these three calls, Lankford tried to implicate Hanna’s ex-boyfriend, Ray McAdams, by pretending to be an anonymous neighbor who spotted Hanna getting into a truck with Ray McAdams.

Lankford pleaded guilty to the obstruction of justice charges in December 2018, and was sentenced to two years in jail and two years of probation.

Lankford is also facing charges of first degree criminal sexual conduct with a minor on at least two occasions in 2013-2014.

In December 2016, Michael McAdams, the father of Ray McAdams, told investigators he had been given information that Hanna was sold to drug dealers in Houston to pay off Zeke Lankford’s debt.

The circumstances of Brandy Hanna’s disappearance remain unclear, and her case is being investigated as a homicide investigation. Her case remains unsolved. 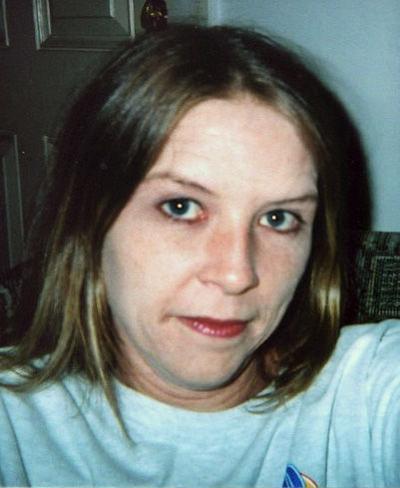 White caucasian female. Sandy blonde hair with blue eyes.
Hanna’s upper teeth are crooked, her molars are missing, and she has a gap between her upper front teeth.
She is 5’9” tall and weighs 115 pounds.

She was possibly wearing a light blue shirt with blue jeans, and a pair of size 10 Nike sneakers when she disappeared.
She wears a diamond ring (very small diamonds make up the shape of a flower).

If you have any information regarding the disappearance of Brandy Hanna please contact the North Charleston Police Department (843) 745-1015 or call detective Ron Lacher (843) 554-5700.