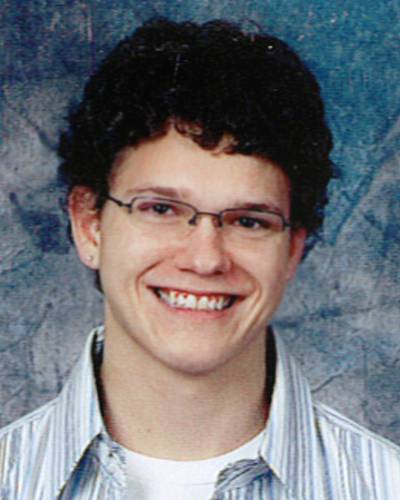 19 year old Brandon Swanson was last seen in Marshall, Minnesota on May 14, 2008. He disappeared while driving home after spending the night with friends celebrating the end of spring semester classes.

Brandon Victor Swanson was born on January 30, 1989 in Marshall, Minnesota, to parents Brian and Annette Swanson.

In 2007, Swanson graduated from Marshall High School. He enrolled in a wind energy program at Minnesota West Community and Technical College in Canby, Minnesota.

At the time of his disappearance, Swanson lived with his family in Marshall and worked part-time at Hy-Vee Food Store, a supermarket chain store in Minnesota.

On May 13, 2008, Swanson attended classes at Minnesota West Community and Technical College in Canby, Minnesota.

That evening, Swanson went out with fellow students to celebrate the last day of spring semester classes. Shortly before midnight he left the Canby campus and began driving back home.

At 1:54 am, Swanson called his parents for help, saying he wasn’t injured but accidentally drove his car into a ditch along a gravel road. He told them his location and stayed in the car, waiting for his parents to pick him up.

However, as time passed, his parents were unable to find his car so Swanson decided to walk to the nearby town of Lynd where they could pick him up at the parking lot of the Lyndwood, a local bar and grill

During his walk, the father and son remained on the phone when the call abruptly went silent around 2:30 am, with Swanson exclaiming “Oh S**t!”.

Brandon Swanson never returned home and has never been heard from again.

On May 14, 2008, Brandon Swanson’s father filed a missing person report with the Lincoln County Sheriff’s Department at 6:30 am, after spending several hours looking for him.

Authorities were able to trace Brandon’s cell phone conversations to a tower near the town of Taunton, about twenty miles away from Lynd where Swanson told his parents he was.

It is not clear whether Brandon was aware of this discrepancy when spoke to his parents.

His abandoned green Chevrolet Lumina sedan was discovered in the vicinity of Taunton, in a ditch along the Lincoln and Lyon county line off Highway 68. The vehicle wasn’t seriously damaged but the wheels were hung up high off the ground.

Authorities initially suspected that Brandon Swanson fell into the Yellow Medicine River while walking in the dark.

They later concentrated on an area near Mud Creek, a few miles northwest of Porter, where search dogs picked up scent of human remains in the area but found no signs of him

Police found no evidence, means, or motive for foul play in Brandon Swanson’s disappearance. There are currently no promising leads in his case.

In 2009, Brandon’s Law was passed that expands the Minnesota state’s missing children’s law to include adults under 21 who go missing under dangerous circumstances.

The circumstances of Brandon Swanson’s disappearance remain unclear and his case is currently classified as missing. His case remains unsolved.

Distinctive Physical Features:
Brandon wears black wire-framed eyeglasses. He is legally blind in his left eye and has a small scar above it. He has pierced ears.

Clothing and accessories:
Brandon was last seen wearing baggy blue jeans, a blue striped polo shirt, a back hooded zip front sweatshirt with an emblem on the back, a white Minnesota Twins baseball cap, a heavy sterling silver chain, and one stud earring in each ear.

Brandon was carrying his black Motorola SLVR cell phone, his wallet, ID, and his house/car keys.

If you have any information regarding the disappearance of Brandon Swanson please contact the Lincoln County Sheriff’s Department at (507) 694-1664.