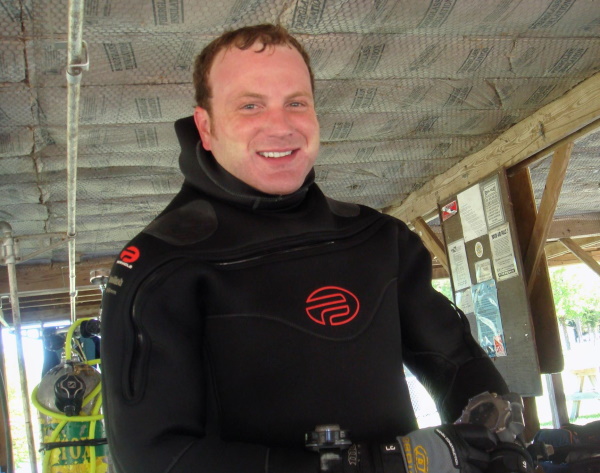 30-year-old Ben McDaniel was last seen in Vortex Spring, Florida on August 18, 2010. He disappeared during a dive in an underwater cave.

Benjamin Wayne McDaniel was born on April 15, 1980 in Memphis, Tennessee to parents Shelby and Patty McDaniel. He was the oldest of three children and grew up in Collierville, Tennessee.

McDaniel was an avid scuba diver, which he had first taken up at the age of fifteen. He was a certified open water diver and was working to get certification to be a cave diver.

In April 2010, McDaniel moved to his parents’ beach house at Santa Rosa Beach on the Emerald Coast, Florida. He was four months into a “sabbatical” after his marriage ended in divorce, his construction business failed, and the death of his younger brother two years earlier in 2008.

He had been diving regularly in fresh water at Vortex Spring, a small vacation destination about an hour from Destin, Florida, near his parents’ beach house.

In early August 2010, McDaniel visited his parents’ house in Tennessee for a week. He told them he was working on getting a diving instructor certificate in order to eventually start a diving-related business.

On August 15, 2010, he left Collierville and returned to Florida.

On August 18, 2010, McDaniel went to Vortex Spring for a dive into an underwater cave, fifty-eight feet below the water’s surface. After resurfacing, he filled his tanks at the nearby dive shop and spent the afternoon alongside the spring testing equipment and making notes in his dive log.

Later in the evening, he began descending again for another dive around 7:30 pm. McDaniel never returned home, and has not been heard from again.

On August 20, 2010, employees from the nearby dive shop contacted the Holmes County Sheriff’s Office when they discovered Ben’s GMC pickup truck still parked in the shop’s parking lot.

Ben McDaniel left behind several items in the cab of his truck including a wallet with $681 in cash, his driver license, a cell phone, dive logs showing the cave’s exploration, and a map he made. Phone records show that the last call he made the night he vanished was to his mother.

He left behind his dog at the Santa Rosa Beach house. Police believed that McDaniel never resurfaced, and might have drowned somewhere in the cave during his dive.

For months divers scoured nearly the entire cave except a dangerous area in the rear of the cave, but found no sign of his body. Two tanks known to belong to McDaniel were discovered near the entrance to the cave.

Cave divers found the placement odd, as tanks were usually placed like life-saving bread crumbs along their path as they go in a cave so they have plenty of air when they come out. The tanks also contained only air while deep diving would normally require a gas mix.

Police found no evidence, means or motive for foul play in Ben McDaniels disappearance. He was declared legally dead by the state of Florida in 2013.

A $30,000 reward was offered by his family to any person that provides information that results in the location of Ben McDaniel or his body. The reward was later rescinded out of concern that inexperienced divers could get killed during the search.

The circumstances of Ben McDaniel’s disappearance remain unclear and his case is currently classified as missing. His case remains unsolved.

Physical Description:
Caucasian male. Brown hair, blue eyes. He has a receding hairline. He is 6’1” tall and weighs 210 pounds.

If you have any information regarding the disappearance of Ben McDaniel please contact the Holmes County Sheriff’s Office at (850) 547-3681.