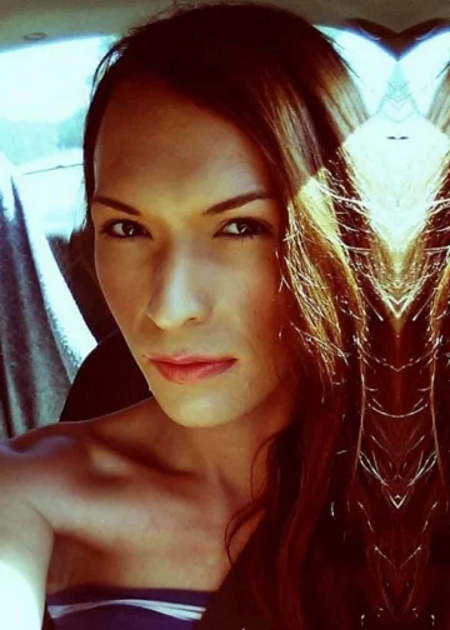 25-year-old Aubrey Dameron was last seen in Grove, Oklahoma on March 9, 2019. She disappeared after leaving her family home to meet up with someone.

Aubrey Dameron was born on October 22, 1993. She is a citizen of the Cherokee Nation of Oklahoma. Dameron began transitioning and identifying as female during high school.

Dameron previously lived with her ex-boyfriend, Jay C. Pierson, in New Mexico. During that time, she got breast augmentation surgery in Colorado as part of her transition.

On August 18, 2018, Dameron moved back to her family home in rural Oklahoma, citing a bad relationship that she needed to get away from.

At the time of her disappearance, Dameron was living with her mother, brother, and stepfather at her family’s residence on the outskirts of Grove, Oklahoma. She loved music and had dreams of becoming a singer.

Her last facebook post before she went missing reads “You’re never too important to be nice to people.”

On March 9, 2019, Aubrey Dameron was last seen leaving her mother’s house around 3:30 am, telling her family she was going to meet up with a friend.

Dameron never returned home and has never been heard from again. She left without her purse and anti-epilepsy medications.

On March 11, 2019, her family filed a missing person’s report with the Delaware County Sheriff’s Office when they couldn’t contact her.

The area Aubrey disappeared from is rural, with no destinations she would have gone to within walking distance.

On March 16, 2019, unconfirmed sightings of Aubrey Dameron were reported at a casino owned by the Quapaw Nation in Joplin, Missouri.

On March 23, 2019, authorities conducted an extensive search in the wooded area behind Dameron’s family house. A sock with possible blood was recovered about a half mile away from her family home and sent for testing, but the results came back inconclusive.

Dameron’s cell phone last pinged to an area 100 yards from her mother’s house around 3:42 am on the night she disappeared before it died or was shut off.

During a search in the summer of 2019, a shallow grave with a black leather jacket was found near Kenwood. The results from the search came back inconclusive when compared with Aubrey’s DNA.

Crossroads K9 SAR of Louisiana conducted a search for Aubrey in November 2019, but turned up nothing.

Aubrey’s DNA has been submitted to the OSBI, the National Crime Information Center, and the National Missing and Unidentified Persons System databases.

Report of possible kidnapping result in arrest on extortion charge

On March 12, 2019, Dameron’s ex-boyfriend, Jay C. Pierson, received a phone call from a woman claiming Dameron “was being held against her will in Ketchum for drug money owed.”

42-year-old Deanette Rowbotham told Pierson that “if he would send some money she would put in some of her own money” and that “if they don’t get the money they’re gonna take him for a ride.”

Rowbotham later admitted to authorities that her claim of kidnapping and ransom was untrue and she was charged with extortion.

Aubrey’s family doesn’t believe she would disappear on her own. She left without her purse and medication that she was dependent on.

Dameron had undergone some medical procedures, but had not fully completed the process of transitioning at the time of her disappearance. Her family believe that as a transgender woman she may have been the victim of a hate crime.

The circumstances of Aubrey Dameron’s disappearance remain unclear and her case is currently classified as missing. Her case remains unsolved. 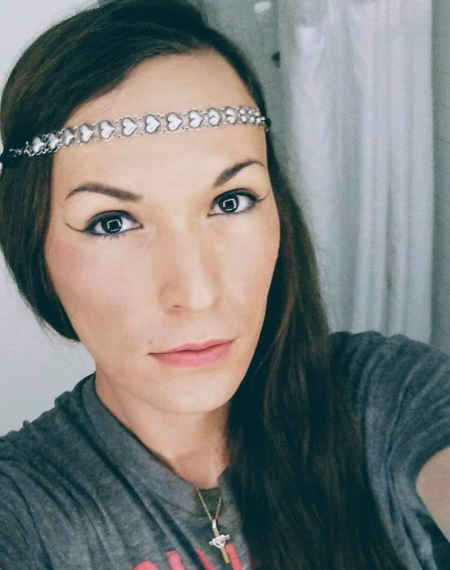 Distinctive Physical Features:
Aubrey has a tattoo of a Triquetra symbol on her back and the name “Shorty” written on her upper left arm.